Springbok star Handre Pollard believes the South African teams will take the Heineken Champions Cup to “a completely different level”, just as they have done with the Vodacom United Rugby Championship.

Pollard’s former team, the Vodacom Bulls, will join the DHL Stormers and the Cell C Sharks in taking part in Europe’s elite event for the first time this weekend.

They qualified through finishing in the top eight in the Vodacom URC last season, with the DHL Stormers going on to win the title, beating the Vodacom Bulls in the final.

Those two sides currently lie third and second respectively in the Vodacom URC table after the opening nine rounds of matches, with the Emirates Lions – who are in the second-tier European Challenge Cup – occupying fifth spot.

Rugby World Cup winning flyhalf Pollard, who joined English champions Leicester from French champions Montpellier in the summer, is convinced having the South African sides in Europe is a positive step forward.

“I understand completely some people are like ‘What are they doing here?’,” said the 28-year-old from the Western Cape.

“But I think, after a year or two, it’ll really benefit the competition. It took the Vodacom URC to a completely different level and I honestly believe they’ll be the same with the Champions Cup.

“The South Africa teams will bring a great new flavour to the competition. They have been playing a really nice, attacking brand of rugby in the URC, while the physicality is the difference between the top four or five teams in the Champions Cup. It’s bred into us, so that part of the game is pretty set. 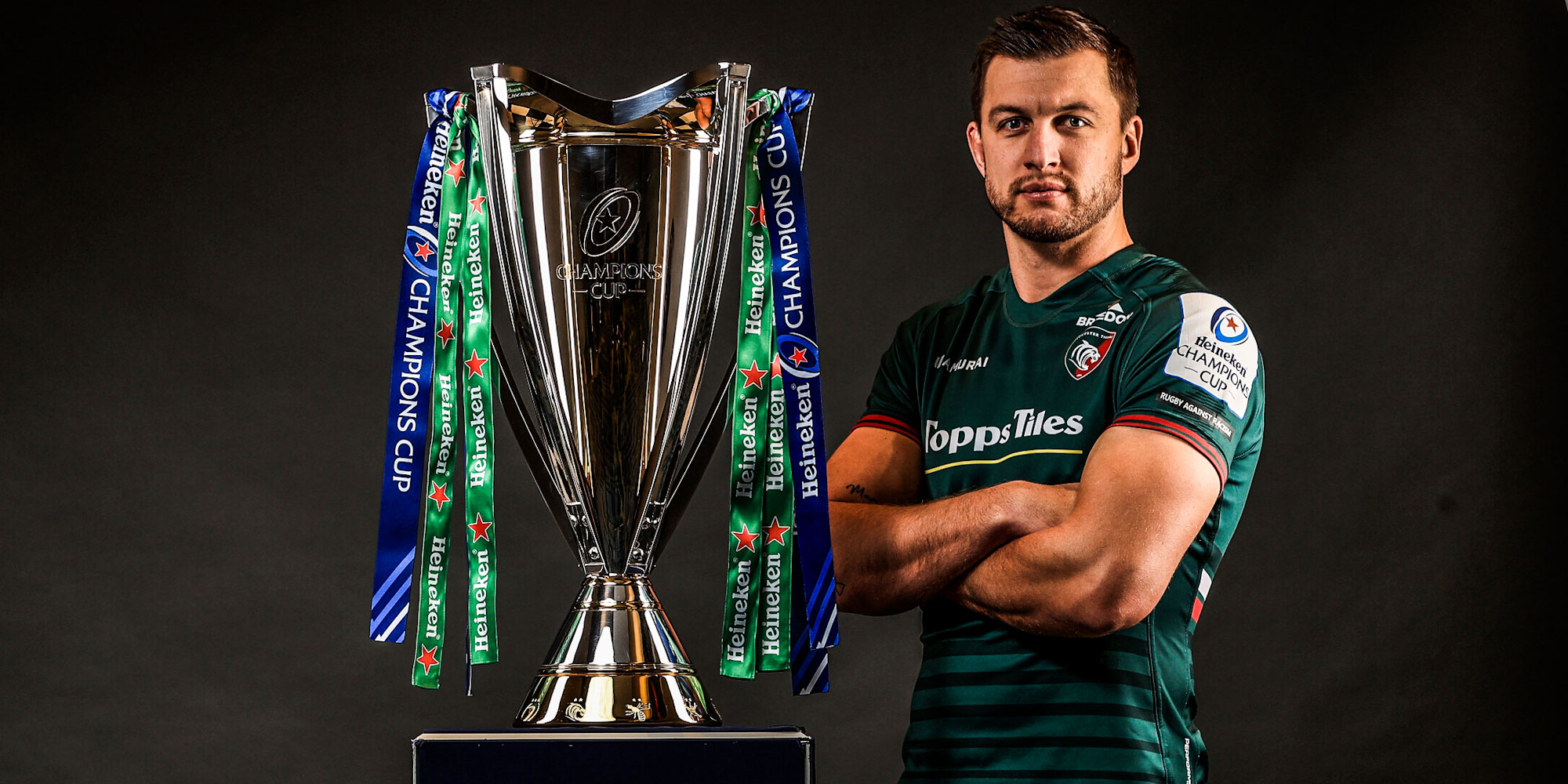 Handre Pollard will play for the Leicester Tigers in the Heineken Champions Cup this season.

“The clubs in South Africa will have to become smarter tactically to compete with the top teams in Europe. It might take them a couple of years to find their feet, because it’s so different, but I think it’ll be great. People will enjoy it.

“The weather is going to play a role. Going to South Africa in January, it’s going to be hot, humid, and tough, and then the next week you come up here in the snow! It’s going to be very interesting to see how the teams can adjust.”

The 65-times capped Pollard says being involved in European Cup competition will be a great experience for players in his homeland.

“Seven, eight years ago, we were saying to ourselves that the Champions Cup is so awesome and we wished we were playing in it,” he said.

“I was saying how I’d like to come to England to play in it and now the boys are playing in it anyway!

“For them to come over and play in the Stade Michelin against Clermont, or go to the Aviva and play Leinster, it will be great to see our young guys in South Africa take that pressure, thrive under it and learn from it. It’ll be a great learning experience. I’m very excited to see what they can do.

“Hopefully some of the South African teams can do well this season, just to get our fans more of a taste for what it is like going into the play-offs. People might be pretty sceptical in the beginning, not understanding quite, but I think they will quickly realise it is massive and they’ll enjoy it. Every game is tough in the Champions Cup, there is no easy game.”

Pollard is currently sidelined, having injured a knee on his Leicester debut against Saracens in early October, but he is looking to return to action in the new year, with his club facing European group opposition from the Ospreys and Clermont Auvergne.

The All Blacks will play two Tests on home turf this year against South Africa in Auckland and Australia in Dunedin.

The Lipovitan-D Rugby Championship 2023 schedule will see the All Blacks play South Africa at Mt Smart Stadium, Auckland on Saturday 15 July. The Bledisloe Cup returns to Dunedin for the first time since 2017, in a rare afternoon home Test match (2.35PM kick off) for the All Blacks at Forsyth Barr Stadium on 5 August.

“The Rugby Championship is an exciting but tough draw.”

“Playing the Argentinians in Argentina is an exciting challenge after not being there since 2019. With the challenges of stadium availability in Australasia, we are delighted to play this huge South African Test at Mt Smart. We believe it’s key for the connection with our fans to have this massive game in our backyard and can’t wait.

“The Dunedin Test is also equally important for us because it’s our last chance to play in front of our fans before we head off for an exciting Rugby World Cup.”

The two home Tests will be part of a 2023 schedule which will see the All Blacks play five Tests in the build up to the Rugby World Cup in France in September.

New Zealand Rugby (NZR) Head of Professional Rugby and Performance Chris Lendrum said it was important to the All Blacks to be able to play in Aotearoa in a Rugby World Cup year.

“Although there is a shortened Rugby Championship schedule, there will no doubt be an edge to the Test matches played this year. The Rugby Championship and Bledisloe Cup remain vitally important to New Zealand Rugby, I know Foz [Foster] and the team are looking forward to the season kicking off as they continue to build ahead of the Rugby World Cup in September.”

The All Blacks Test matches will be broadcast exclusive to Sky, live and on demand. Pre-sale and public sale tickets to the All Blacks Test Matches will go on sale in early May, with exact dates to be confirmed. The Black Ferns schedule will also be announced in due course.

About the Bledisloe Cup

Lord Bledisloe, Governor General of New Zealand from 1930 to 1935, bequeathed a trophy to the New Zealand Rugby Union with his name on it for perpetual competition between the All Blacks and Wallabies. The two countries have been playing for the Bledisloe Cup since 1931 and it is the symbol of trans-Tasman supremacy in rugby union.

The All Blacks are current holders of the Bledisloe Cup.