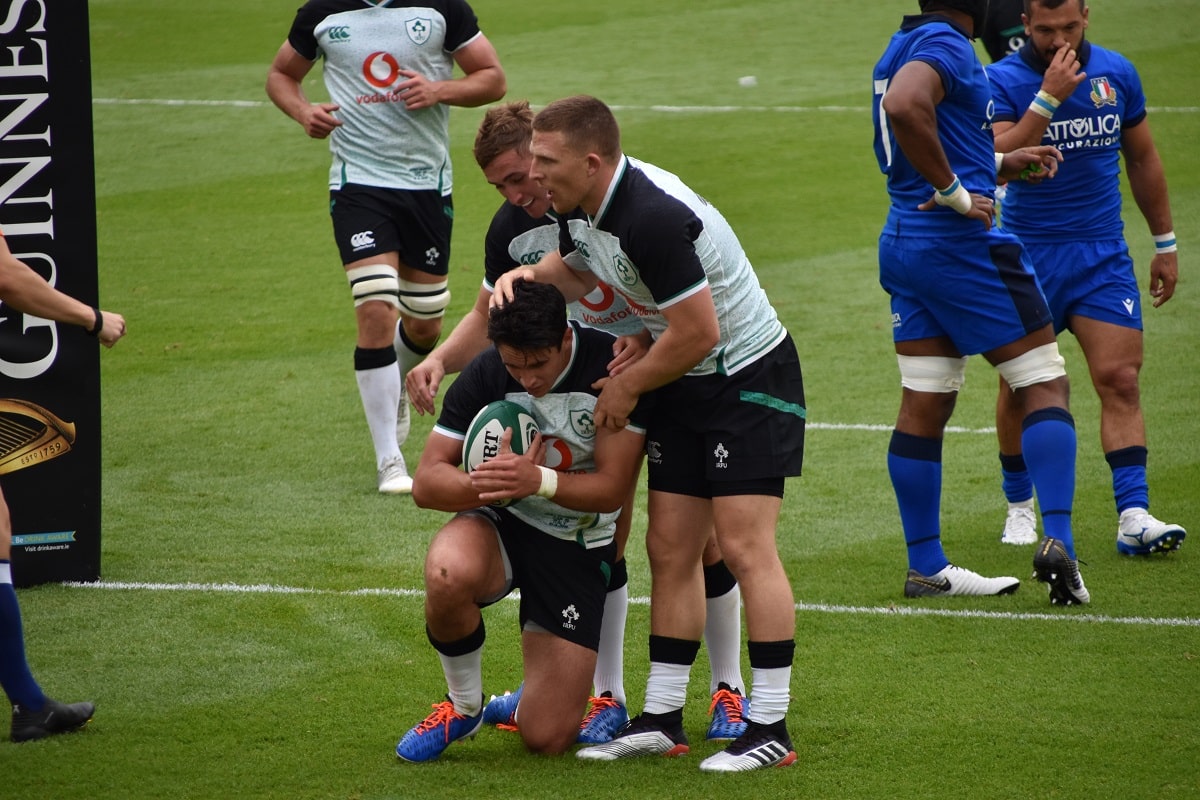 Ireland out-half Joey Carbery is potentially facing six weeks on the side-lines with his ankle injury according to RugbyPass.

The report claims that a source close to the Irish camp has confirmed the information which would rule the 23-year-old out of Ireland’s opening World Cup game against Scotland.

Carbery sustained the injury during Ireland’s 29-10 win over Italy in what was their first World Cup warm-up game.

The fly-half has suffered from a series of injuries over the past year and his latest injury could now force Irish head coach Joe Schmidt’s hand to pick between Jack Carty and Ross Bryne to bring to Japan.

Carbery could be available for Ireland’s remaining pool games against Japan, Russia and Samoa if he is part of the 31-man squad to travel but he would be using those matches to gain match fitness.

Ireland will now travel to Portugal for a warm-weather training camp, with other reports claiming that Schmidt may cut down his current 43-man squad before they return to Ireland.

The men in green face England at Twickenham on the 24th of August before playing games against reigning Six Nations Grand Slam winner Wales at the Principality Stadium and the Aviva.

After the first game against the Welsh Schmidt will name his final 31-man squad by which time there will hopefully be more of an indication as to whether Carbery will be available for the World Cup. However, both manager and player alike face an anxious wait before then.

Related Topics:6 NationsEnglandFeaturedIrelandItalyJapanSamoaScotlandWales
Up Next