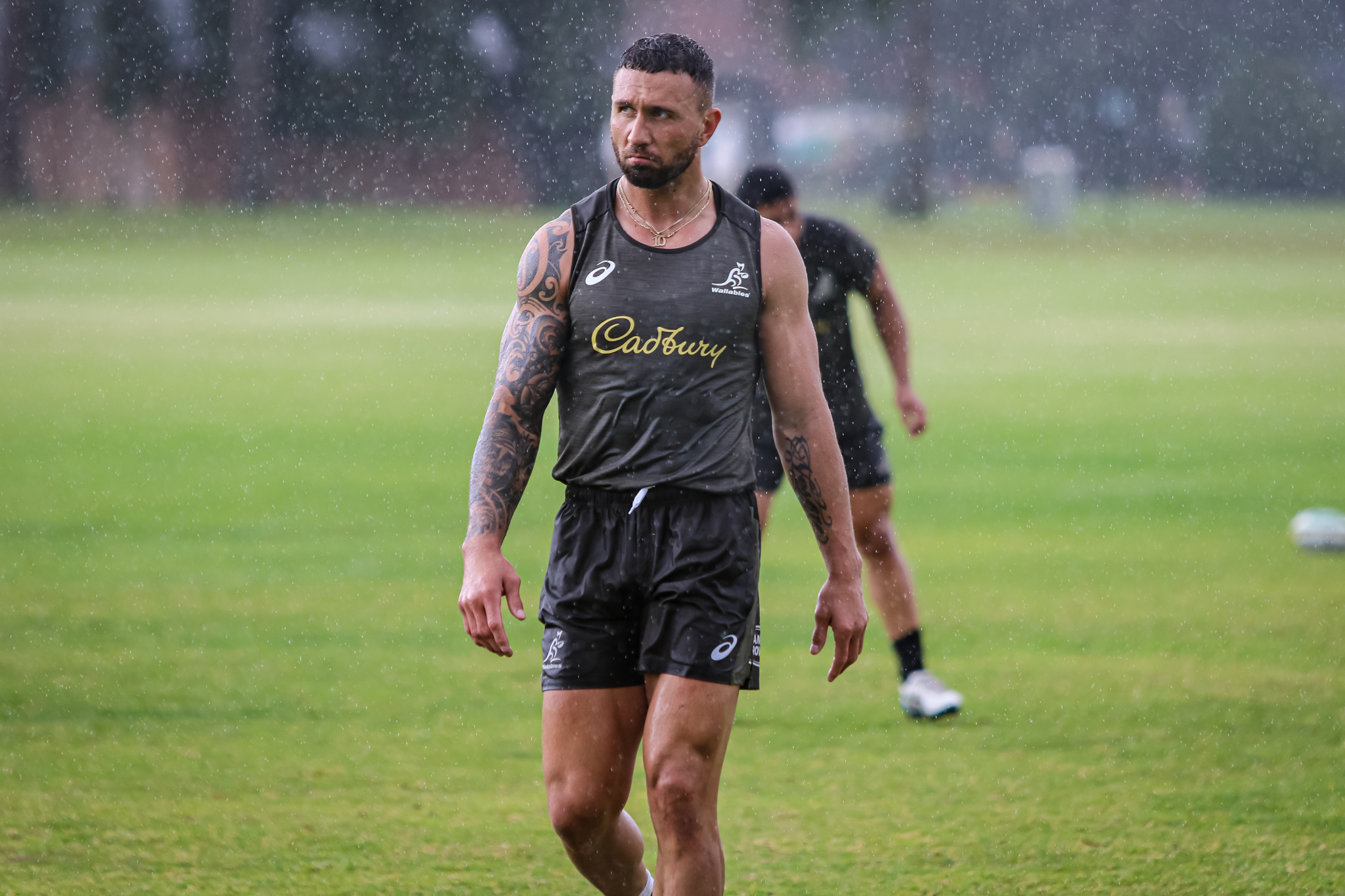 Quade Cooper will make a remarkable return to the Test arena after being selected at flyhalf for the Wallabies showdown with Rugby World Cup holders, South Africa, on the Gold Coast on Sunday night.

The eToro Rugby Championship match will also see skipper Michael Hooper equal George Gregan’s record for most Tests as Wallabies captain, when he leads the side out for the 59th time at Cbus Super Stadium.

In his 112th Test, the match will also see Hooper overtake George Smith as the fifth most capped Wallaby of all time

The fixture will also be the starting debut for Angus Bell, the youngest member of the squad as he joins hooker Folau Fainga’a and tighthead prop Allan Alaalatoa in the front row, with the latter set to bring up his 50th appearance for the Wallabies.

After returning to the Test side via the pine last week, Izack Rodda earns a starting berth in the second row alongside Matt Philip.

Reds nine Tate McDermott will partner Cooper in the halves with the midfield combination of Samu Kerevi and Len Ikitau earning another opportunity together.

Cooper’s last Test was more than four years ago, when he ran out against Italy at Suncorp Stadium in June 2017. The mercurial flyhalf has a strong record against the Springboks, boasting nine wins against the reigning world champions over his 70-Test career.

A settled back three sees Marika Koroibete on the right wing, Andrew Kellaway on the left wing and Tom Banks at fullback.

Western Force hooker Feleti Kaitu’u is one of two potential debutants named on the bench. Gold Coast local James Slipper will play his 107th Test in front of his family and friends with Taniela Tupou set to be unleashed as the reserve tighthead prop.

Melbourne-born Rob Leota is the second potential debutant in the squad, with Brumbies backrower Pete Samu retaining his spot in the match-day 23 after an impressive impact in Perth last weekend.

Nic White will bring experience late in the game at scrumhalf while Reece Hodge will also play his 50th Test for Australia on Sunday night.  The electric Jordan Petaia rounds out the match-day 23.

Australia has won eight of their last 10 matches against the Springboks at home, but the two sides have never met at Cbus Super Stadium on the Gold Coast in the storied 88 year playing history.

Wallabies coach Dave Rennie said: “We’re thrilled for Quade that he’s earned another opportunity to pull on the gold jersey for his country.”

“He’s had a really positive impact since joining the group, put pressure on us as selectors and he’s excited to get out there and perform on Sunday night.

“The match is also a huge occasion for our leader Michael Hooper. He’s been in phenomenal form and to equal George Gregan’s record as the most Tests as captain of Australia is a testament to his leadership and resilience.

“We also can’t overlook Allan and Reece who will bring up 50 Tests for their country, another outstanding achievement for two ultimate professionals who leave it all on the field every time they wear the jersey.”

Philip Browne To Retire As Chief Executive Of IRFU