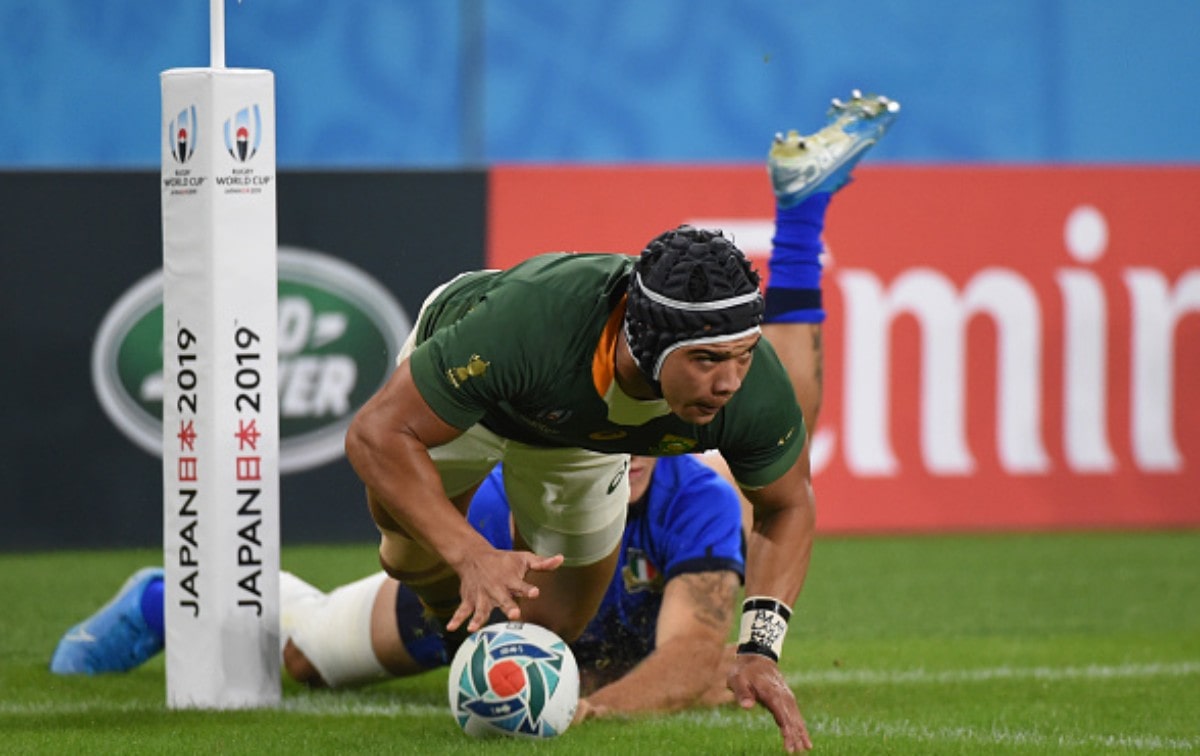 World Rugby have announced the nominees for the men and womens 2019 Player of the Year awards, with some big names missing from the mens list.

On the six man shortlist are South African duo Pieter-Steph du Toit and Cheslin Kolbe, who are joined by the All Blacks’ Ardie Savea, Wales’ Alun Wyn Jones, England’s Tom Curry and the USA’s Joe Taufete’e.

All players have had an impressive year’s but fans are questions why the likes of Owen Farrell, Maro Itoje and Liam Williams have all been overlooked, with all three claiming a clean sweep with Saracens this year, while the former two could add a World Cup to their names tomorrow, while Williams won the Six Nations Grand Slam earlier in the year.

It is also interesting that not a single Japanese player has been nominated following their incredible World Cup showing.

The players were chosen by a panel of former players that included the likes of Richie McCaw, John Smit, George Gregan, Maggie Alphonsi, Melodie Robinson, Fiona Coghlan, Brian O’Driscoll, Fabien Galthié, Agustín Pichot and Seilala Mapusua. While international players have voted for the nominations for the award.

Meanwhile, the women’s category is dominated by England who have three of the five nominations in Sarah Bern, Katy Daley-Mclean and Emily Scarratt, having all been part of the Red Roses Six Nations Grand Slam triumph earlier in the year.

With the other two nominations being New Zealand’s Kendra Cocksedge, who claimed the award four years ago and has since gone on to win her 50th cap for the Black Ferns, while France’s Pauline Bourdon makes up the list for the second year in a row having had another impressive year.

Speaking on the nominations chairman of World Rugby Sir Bill Beaumont congratulated all that have been given the chance to claim the prestigious award.

“The World Rugby Men’s and Women’s 15s Player of the Year awards are the ultimate accolade for test players and this year there have been an exceptional number of outstanding candidates. I would like to congratulate all 11 players who, deservingly, have been nominated for this year’s award,” he said.

It will be interesting to see the response to whoever wins the men’s award as there are sure to be fans that are unhappy, but there is a chance that the players that have been omitted could be named among the Team of the Year as a consolation when the awards ceremony takes place in Tokyo on Sunday.

All Blacks Claim Bronze with Win Over Wales

Coach and Team of the Year Nominees Announced