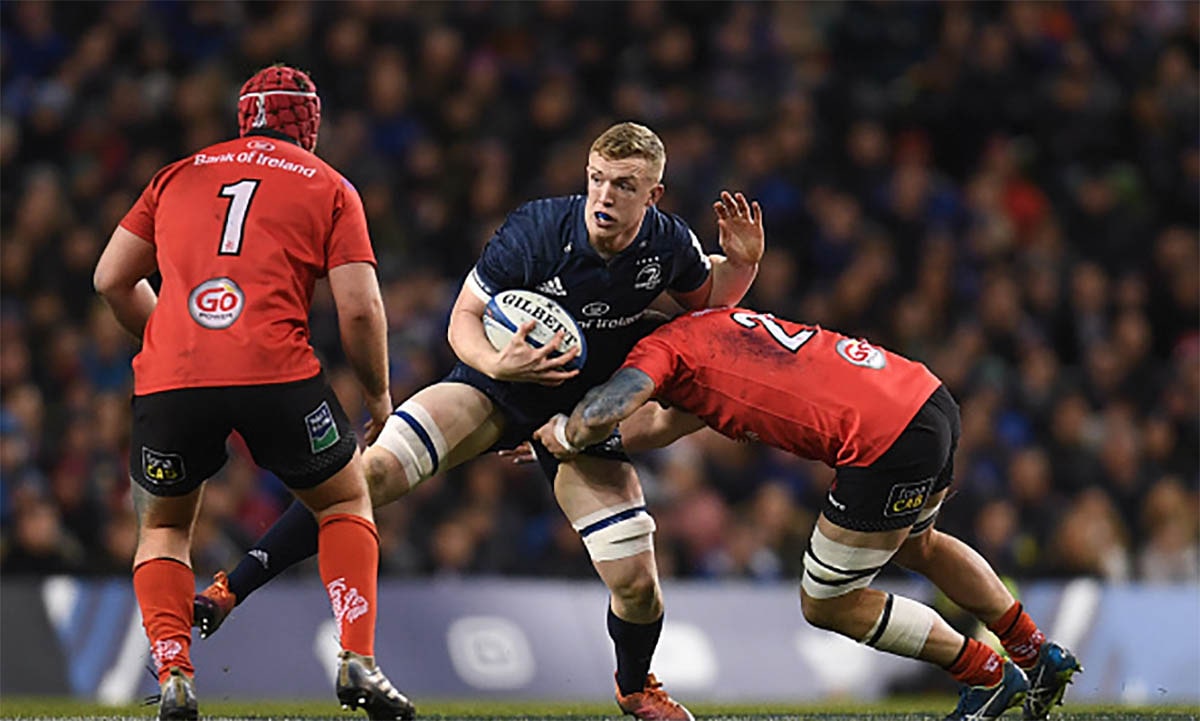 It has been announced that Leinster Rugby back row Dan Leavy is to retire from the game with immediate effect.

The 27-year-old has played 79 times for Leinster Rugby since his debut against Edinburgh Rugby in October 2014 and has also won 11 Ireland caps.

Unfortunately, Leavy suffered a significant knee injury against Ulster Rugby in March 2019, and following expert medical opinion, and despite his best efforts, he has been advised to retire.

Speaking to leinsterrugby.ie, Leavy said, “I have done everything I can to come back from the knee injury I suffered in 2019 but unfortunately I can’t do any more or ask any more of my body.

“I’d like to thank Andy Williams, my surgeon, and Karl Denvir, my physio in Leinster, for all that they have done for me in the years since then. I can take solace from the fact that I tried everything over the last three years.

“From the early days in Old Belvedere to my time in St Michael’s College, all I wanted was to pull on a Leinster Rugby jersey. And then when you achieve that, it’s an Ireland jersey.

“I am very proud of all that I achieved in my short time as a professional.

“Some amazing highs with my brothers in blue and in green and I am beyond grateful for those days and those moments especially the highs of 2018 in Bilbao, the Aviva Stadium and Twickenham.

“More than that I am proud of how I carried myself, in particular over the last few years, and I hope I represented my club, my country, my family and friends to the best of my abilities in those years. I am beyond grateful to them all for their support and in particular to my mum and dad, Eilish and Donal, my sister, Rachel, and my brother, Adam.

“I am also very grateful to Leo Cullen. Leo has been an unbelievable support to me over the last few years. On the field, and off, and I cannot thank him enough.

“Not many people get to enjoy and experience what I have over the last 10 years representing my school, my club and my country.

“This is not the end I had hoped for, but as I look back, at the highs and the lows, they have all been shared with the best teammates, family and friends around me, and what more could I ask for?”

Leinster Rugby head coach Leo Cullen said, “Dan was a player earmarked from an early age as a special talent and I think everyone could see that, particularly in those few years in and around 2017, ’18 and ’19, just how dynamic and destructive a player he could be with Leinster and with Ireland where he went on to achieve unprecedented success at that time.

“While the public have seen very little of Dan since his injury, we have seen plenty of him in here and we have seen the same determination, character and drive that marked him out on the pitch as one of the best.

“Dan has also received incredible support from his family and all the medical staff here along the difficult path of trying to return to playing.

“Speaking on behalf of the support staff here at Leinster Rugby it has been a pleasure and privilege to have worked with Dan. He always brought such a positive energy to the group and we will all miss him dearly but would like to acknowledge the significant contribution he has made to the team during his time here.

“Talking to him, Dan is very appreciative of the times he has enjoyed in here with Leinster but now, it’s about us all supporting him as best we can as he starts that next stage in his life.

“I have no doubt that he will apply himself with the same determination that we have seen since he first pulled on a Leinster jersey in 2014 and that he will make a success of himself away from the rugby fields. We wish him well and I hope he knows that there will always be a warm welcome for him here in UCD or down the road at the RDS.”

Leavy, who played seven times for Leinster this season and last appeared against Ulster Rugby last month, made his debut in 2014 and has played 79 times in total for Leinster Rugby scoring 17 tries.

He was an ever-present member of the double-winning Leinster Rugby squad of 2017/18 and he brought that club form to the international stage when making his Irish debut in November 2016 against Canada at Aviva Stadium.

He made his Six Nations debut later that season coming off the bench against England at Aviva Stadium in March 2017.

During his Ireland career, he never lost a game in his 11 caps and was a key member of the Grand Slam-winning side of 2018.

Everyone in Leinster Rugby sends Dan our very best wishes for the future, and thank him most sincerely, for brilliant days in blue. 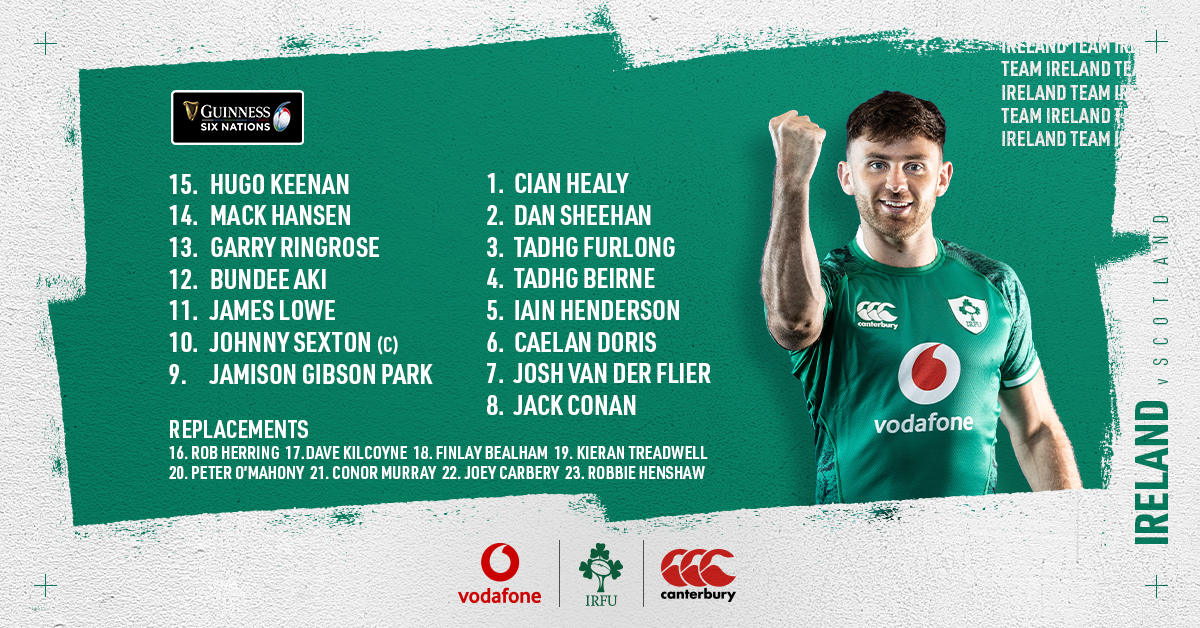 Andy Farrell has named the final Ireland Match Day Squad of the 2022 Guinness Six Nations Championship ahead of the Round 5 clash with Scotland at Aviva Stadium this coming Saturday.

Bundee Aki and Garry Ringrose are retained in midfield with a back three featuring Hugo Keenan, James Lowe and Mack Hansen, the Connacht wing comes in for Andrew Conway who is being managed for a knee niggle.

The front row of Cian Healy, Dan Sheehan and Tadhg Furlong is retained while Tadhg Beirne and Iain Henderson are named at lock.

Jack Conan is named at No.8 with Caelan Doris switching to the blindside flank and Josh van der Flier makes his eight consecutive start at openside.

The game which kicks off at 4.45pm will be televised by VIRGIN (ROI) and ITV (NI).  Ireland can win the Triple Crown for the first time since 2018 by beating Scotland.