Springbok coach Jacques Nienaber named an unchanged starting team for their must-win Castle Lager Rugby Championship match against Argentina in Buenos Aires on Saturday, with the coach making only three changes to the replacements.

Talented young loose forward Elrigh Louw takes over from Duane Vermeulen on the bench, Faf de Klerk returns as scrumhalf cover in place of Cobus Reinach, and Andre Esterhuizen gets a run in place of Warrick Gelant in the match, which has been moved to Estadio Libertadores De América.

With New Zealand on 10 log points, and the Springboks, Australia and Argentina trailing by only one point each on nine points– although Nienaber’s men are currently in second place on the standings due to a favourable points’ difference – all four teams are under pressure to win their remaining matches and preferably with bonus points to give themselves the best possible chance of winning the title.

With the Boks coming off a strong performance against Australia in Sydney in their last match two weeks ago, where they registered a convincing 24-8 bonus-point victory, Nienaber opted to retain the starting team that laid a strong foundation for the win.

“We were in a fortunate position this week not to have any injuries, which allowed us the luxury of selecting the same starting team that ran out in our last match, and we also feel that this team offers us what we need against a physical Argentina outfit,” said Nienaber.

“Our first victory in Australia since 2013 gave us a lot of confidence, and I have no doubt that will boost the players’ confidence going into this match, but that said we are expecting a bruising and intense battle against Argentina in front of a hostile crowd, and we have seen in the past how much confidence they draw from their fans at home.”

Commenting on the changes among the replacements, Nienaber said: “Our plan from the outset was to give a few players a chance to prove what they can do and to build their Test experience, especially with the Rugby World Cup a year away, and there is no better opportunity to do so than in a match which essentially amounts to a semi-final for us if we want to win the tournament.

“We have fantastic depth within our squad with younger and more experienced players, and it requires a fine balancing act to select a squad that we think will be the best team for each match, while at the same time giving most of the players an opportunity to play.” 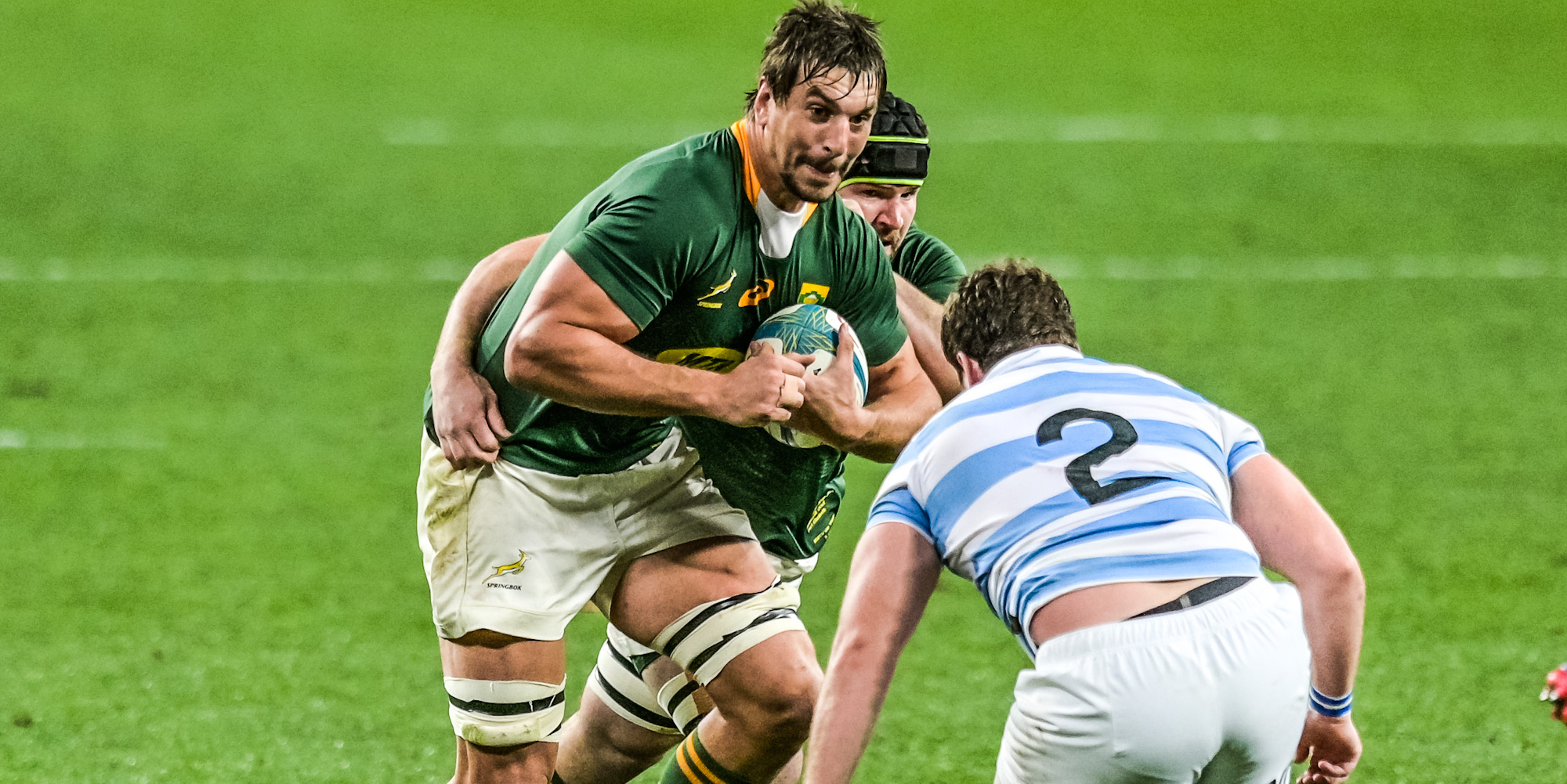 Eben Etzebeth will face Argentina for the 18th time – a new Springbok record.

Zoning in on the match against Argentina, Nienaber said they expected a hard grind.

“They are a passionate rugby nation, and the Pumas will never give an inch. They also draw a lot of energy from their enthusiastic home crowd, so we are expecting a huge battle.

“They place a lot of emphasis on their physicality and their set pieces, and they have skillful backs as well, so they will test us in all departments.

“That said, we have been working hard on the areas of our game that we would like to improve on and we were able to give the players a few days off to rest and freshen up mentally last week, which we believe will set us in good stead for the match.

“We know the magnitude of the challenge ahead and that it will take nothing less than our best efforts for the full 80 minutes to register a victory on Saturday.”

Ireland A to Play All Blacks XV in November