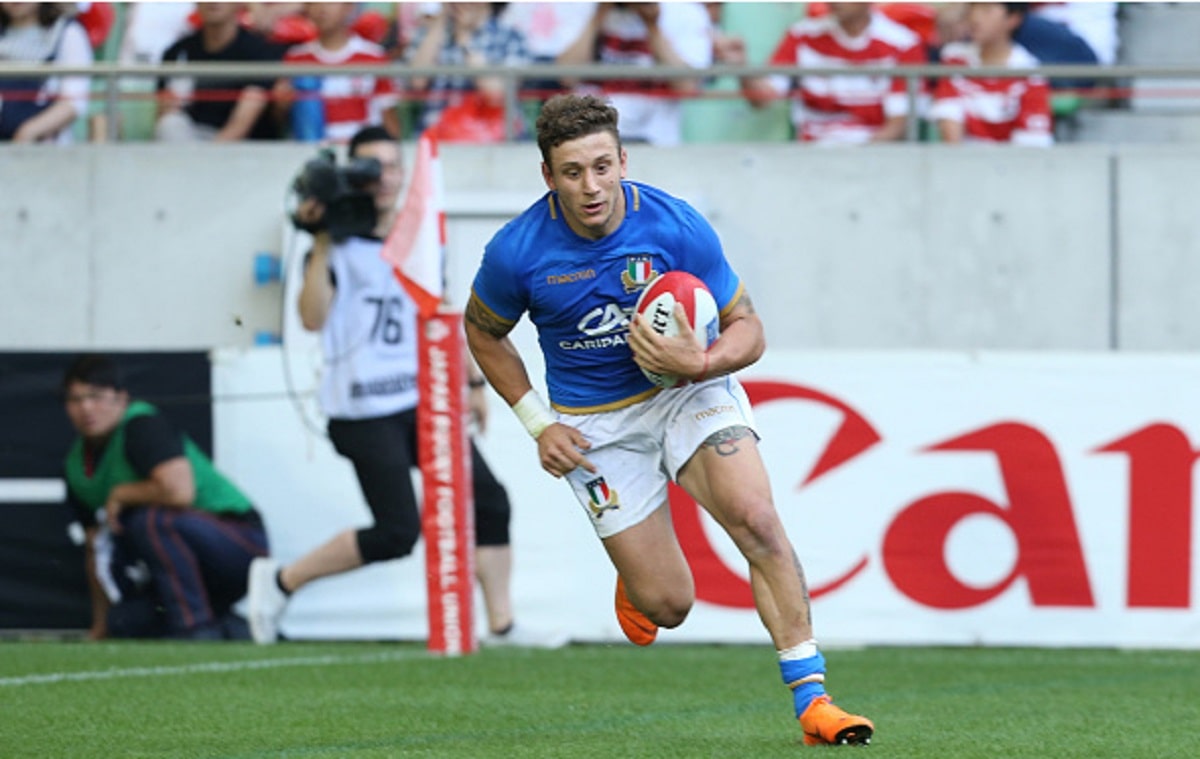 Italy’s 2018 break-through star Matteo Minozzi has been named in the nations squad for their upcoming warm-up games against Ireland and Russia.

It comes as much-needed good news for the Italians who confirmed star centre Tommaso Castello would miss the World Cup earlier in the week.

Minozzi returns following almost a whole season on the side-lines following a ruptured ACL while playing for Zebre last year. This was after he made a massive impression in the 2018 Six Nations where he was nominated for player of the tournament, scoring four tries across the five games.

His talent and room for improvement saw Wasps swoop in and sign him, however, he has been unable to play a single game for them this campaign due to the injury.

Speaking in June the full-back discussed his goal was to be back in time to help his country at the World Cup in Japan, but it was proving a tough task.

“My objective was to be back for this but I had no idea if I would make it. It was a really hard journey, and it’s new for me. I’d got to the level I achieved up to then thanks to my talent but I’d never had to work as hard, to take as much care of myself,” he said.

As well as Minozzi’s return there are call-ups for three uncapped players in Benetton front-rows Marco Riccioni and Engjel Makelara along with Gloucester scrum-half Callum Braley, who qualifies to represent the Azzurri due to his grandparents.

Makelara has been included due to the absence of centurion Leonardo Ghiraldini, who has been out injured since rupturing his knee ligaments in March but is trying to make it back for the World Cup.

Head coach Conor O’Shea is looking forward to testing his side in the coming weeks and noted how hard it will be for Minozzi to come straight back in to test rugby.

“These matches are crucial for achieving the objectives that we set ourselves for the Rugby World Cup,” Italy coach Conor O’Shea said of the upcoming fixtures. It is not an easy task for any player to start the season with a test match, but it is the challenge that all teams are facing. The boys have worked incredibly hard in the summer and now are ready for the matches,” he said.

The Azzurri start their warm-up games against Ireland next Saturday, August 10th, before playing Russia a week later, after which the squad will be reassessed and announced for their final matches before heading to Japan for the World Cup.

Check Out the Full Squad Below.

Related Topics:6 NationsFeaturedGloucesterHarlequinsIrelandItalyJapanWaspsZebre
Up Next