Stuart McCloskey’s injury-enforced departure against South Africa was a case of cruel luck, but he feels fortunate to be in a position to make back-to-back Test starts for only the second time in his Ireland career.

McCloskey will win his eighth cap against Fiji just a week on from suffering an arm injury, which forced him off in the 26th minute of Ireland’s 19-16 Bank of Ireland Nations Series victory over the Springboks.

He teams up in midfield with Robbie Henshaw for the first time since making his debut alongside the Athlone man against England back in 2016. He is eager to show more of what he can do in attack this weekend.

“I think it’s something I’ve always done well at provincial level, is play week in, week out quite well and get better as I go on. So, hopefully that’s the case here,” said McCloskey, who started consecutive games for Ireland during the 2021 Vodafone Summer Series.

“Looking back on it (last week’s game), I was pleased with how the 27-odd minutes went. I can take solace in that. It’s just rugby. You’re unlucky at times, I was very disappointed at the time (with the injury), but things have resolved themselves pretty well.

“It was a nerve – the ulnar nerve if we’re being specific. I hit that and my arm just went completely dead. My forearm was in a lot of pain but it cleared up pretty well.

I was frustrated at the time, I thought I broke my forearm and I was pretty worried about that. Going off, I was thinking I had waited six-and-a-half years to play another tier 1 team – not that playing other teams wasn’t big, but it’s nice to show yourself against a world class team like South Africa, so I was disappointed.

“Looking back on it, the positives were I was playing quite well when I was on, and it hasn’t seemed to be as bad as first thought with the injury.

“Most of it was spent defending, South Africa started pretty well. Some of the tackle and breakdown stuff was good at the start, I just wish I could have stayed on longer and done a wee bit more going forward.”

McCloskey and Henshaw will certainly pack a punch as a centre pairing, standing at 6ft 4in and 6ft 3in respectively and weighing almost a combined 33 stone. Facing them are Fiji’s dynamic duo of Kalaveti Ravouvou and Waisea Nayacalevu, their experienced captain.

The Bangor man has experience of playing the Fijians before, getting the full 80 minutes under his belt when a Rhys Ruddock-led Ireland side scored three tries in a tight 23-20 win at the Aviva Stadium in November 2017.

McCloskey does not feel under any extra pressure to perform this week, given his early exit last Saturday and the fact that the competition for places will intensify even more with Bundee Aki back from suspension for the series finale against Australia. 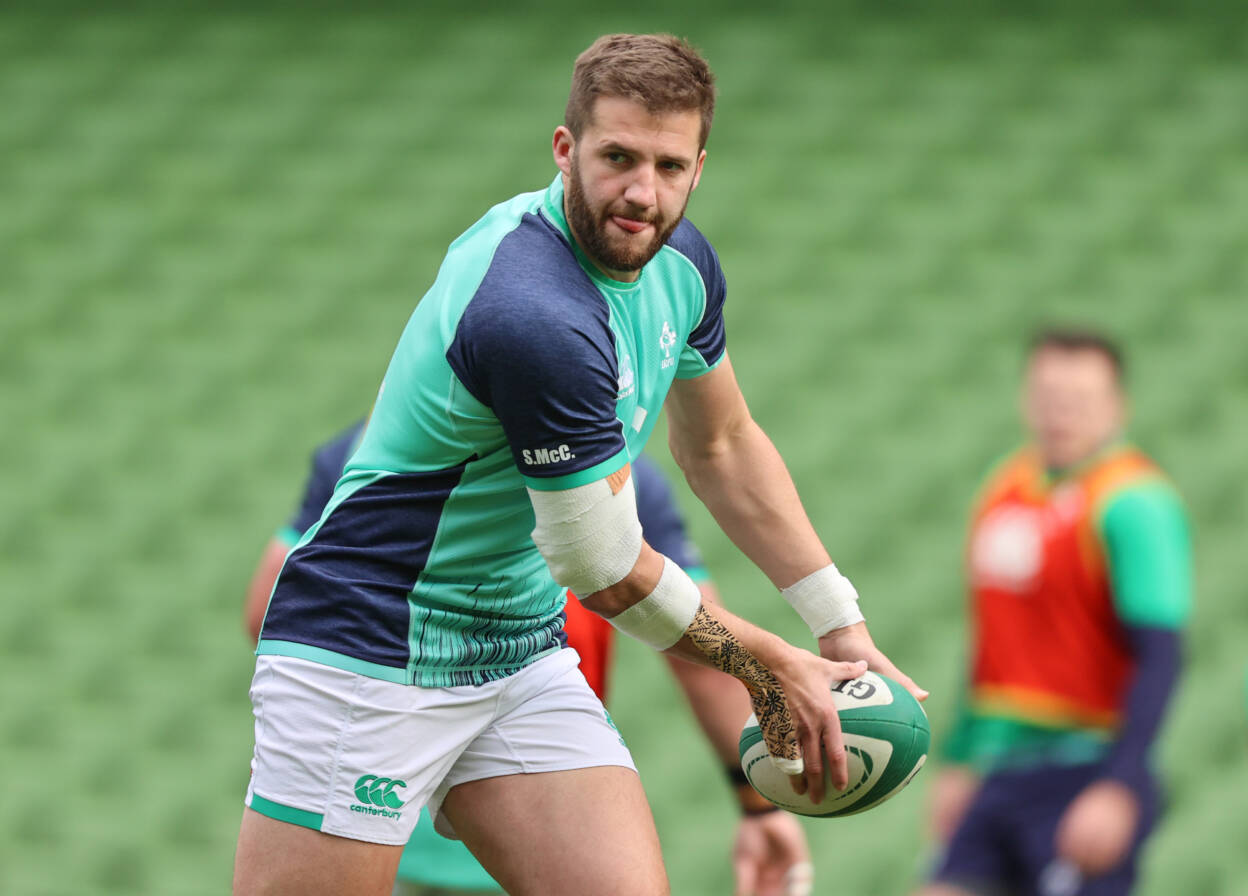 Ireland are in a lucky position to have a clutch of world class centres at their disposal, and the 30-year-old Ulster star is doing his utmost to ensure he gets more match minutes heading into a Rugby World Cup year.

He has had to be patient in waiting for an opportunity given Ireland’s impressive form of late, with a ten match winning streak at home allied to their historic Test series success in New Zealand.

“It’s just about going out and showing what I can do, not letting the moment get over you and play your own game,” admitted McCloskey, who has scored three tries in his last five games for Ireland.

“I’ve played at the same sort of level as them, provincial-wise, for a long time. It’s just waiting for your opportunity to get in there and play for Ireland.

“If I was Andy (Farrell), why would I change the team unless I was leaps and bounds ahead of those guys? Those two are probably two of the best 12s in the world for the best part of five or six years.

“I don’t think I was lots better than them, but I think it was quite an even battle between all three of us.” 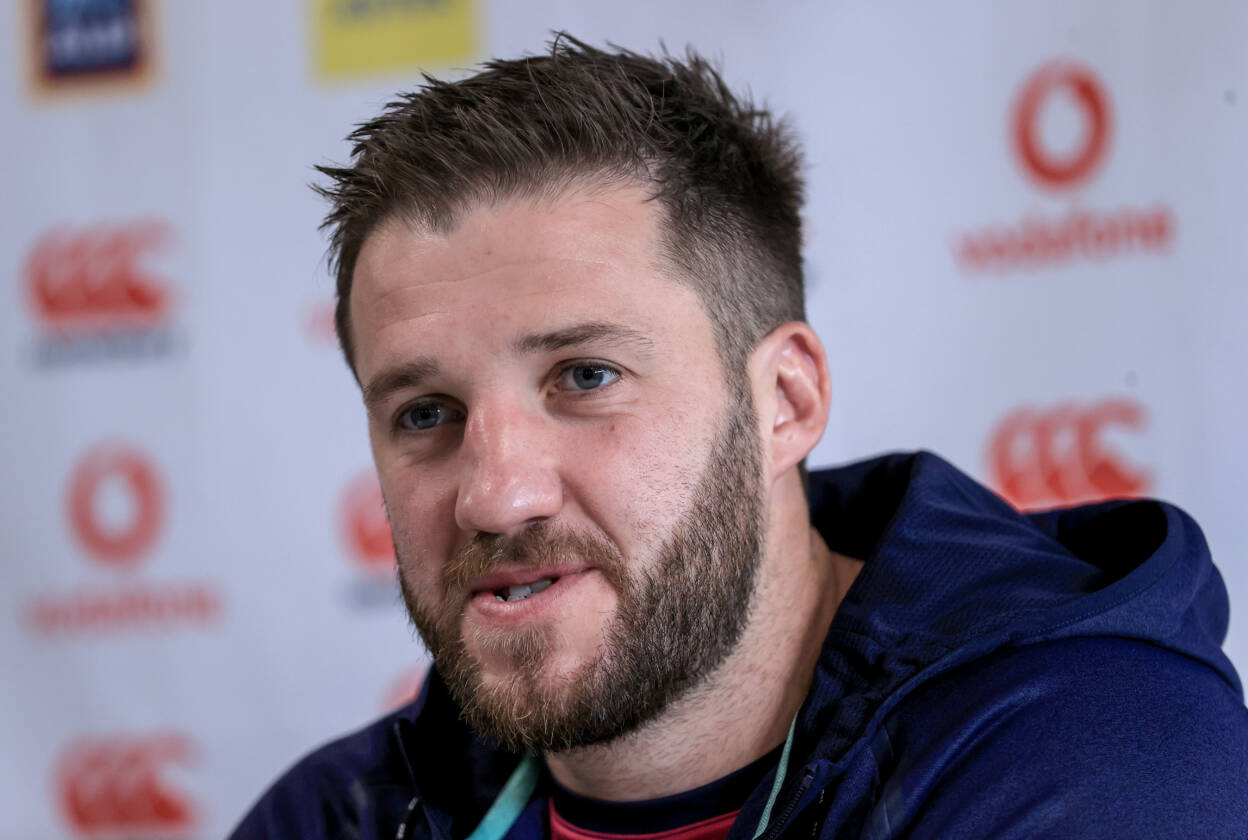 McCloskey’s consistent form was one of the reasons why the Ireland coaching group backed him to deliver as a late replacement for the injured Henshaw against the ‘Boks. Paul O’Connell said they were ‘really confident in his ability and his smarts, the experience he has in that position’.

He will be tasked with building on that bright start from the South Africa game, doing the things that got him selected in the first place as he seeks to cause more selection headaches for Farrell and his fellow coaches.

“Listen, I’d love to be in the reckoning for the World Cup but there’s a long time between now and then. I just want to play a few more games in the next year leading up to the World Cup, and to play 80 minutes (this Saturday) would be great.

“I’d love to keep on playing on (in these next two games). I know it’s only provincially, but over the years I think I’ve done very well, bounced from game to game, played a lot of rugby.

“It’s always seemed to work for me when I’ve played three or four games in a row, not just in and out one game here and there,” he added.

Scotland draw on experience to meet All Blacks challenge