Former Lion and Wales international Ieuan Evans will succeed Jason Leonard as Chairman of the British & Irish Lions Board, as of October 1, 2022.

He is regarded as one of the greatest wingers in Welsh history having scored 33 tries for his country over 11 years of international rugby.

Commenting on his appointment, Ieuan said:

Having toured with the Lions at the peak of my international career, it’s an honour to be appointed Chairman of the British & Irish Lions Board.

“Lions tours are unique in the world of sport, both in terms of the ultimate challenge they represent and the cultural impact they have, and form an integral part of the rugby ecosystem.

“I look forward to working with my colleagues on the Board, Ben Calveley and his executive team, and building on the great work Jason has done over the last few years and ensuring the British & Irish Lions continues to thrive both on and off the pitch.”

Calveley, the British & Irish Lions Managing Director, stated: “I would like to congratulate Ieuan on being appointed as Chairman of the Lions Board. Ieuan made a hugely positive impact on the Lions throughout his three tours and on the game itself.

“Given his experience both as a player and in his equally successful professional career, I’ve no doubt he will lead the Board in our mission to deliver rugby with purpose to players, fans, the game and communities we visit.

“I would also like to thank and pay tribute to Jason Leonard for his commitment and excellent term as Chairman since being appointed in 2019.”

Ieuan Evans made his first international appearance with Wales against France in 1987. He was subsequently selected for three tours with the British and Irish Lions, to Australia in 1989, New Zealand in 1993 and South Africa in 1997.

Among his most memorable moments was scoring the decisive series-winning try in the third Lions Test against Australia in 1989 and his four tries during the 1993 tour to New Zealand.

Evans captained Wales to the Five Nations title in 1994 and announced his retirement from the game in 1998.

All Blacks injury update ahead of Lipovitan-D Rugby Championship 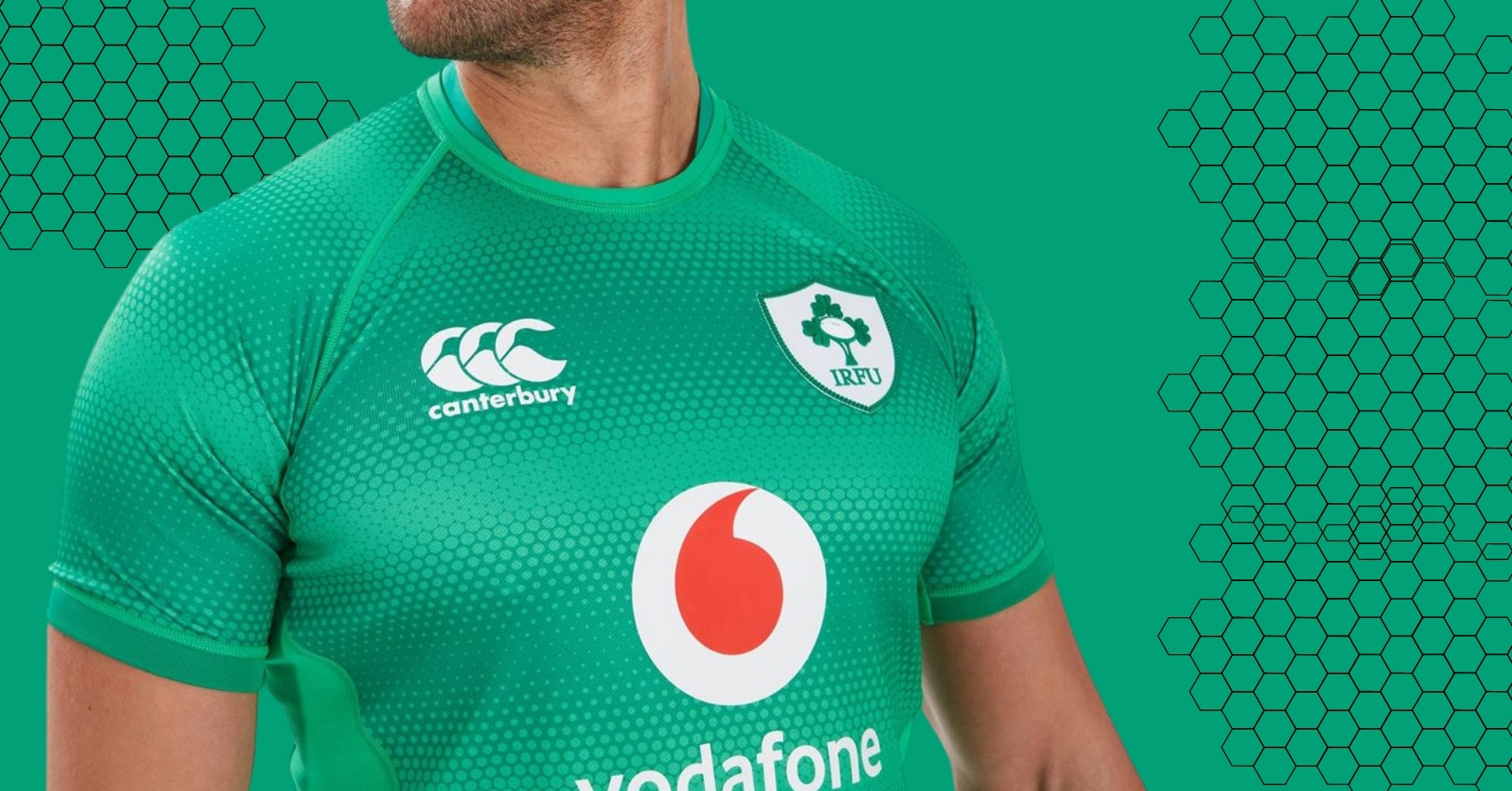 The IRFU will amend its gender participation policy for rugby from the forthcoming season, based on medical and scientific evidence and in line with World Rugby guidance.

The IRFU is keenly aware that this is a sensitive and challenging area for those involved and the wider LGBT+ community and will continue to work with those impacted, providing support to ensure their ongoing involvement with the game.

Recent peer reviewed research provides evidence that there are physical differences between those people whose sex was assigned as male and those as female at birth, and advantages in strength, stamina and physique brought about by male puberty are significant and retained even after testosterone suppression.

In Line With World Rugby Guidance

The new policy, which is in line with that of World Rugby, the RFU and other governing bodies, will mean that contact rugby for players in the female category is limited to those whose sex was recorded as female at birth.

There are two registered players affected, in Ireland, by this change and the IRFU has discussed the matter directly with them including options to remain active in the game, such as non-contact playing formats (tag/touch rugby), refereeing, coaching, and volunteering, underlining that the IRFU values their on-going involvement in the game.

In the male category, players whose sex is recorded at birth as female may continue to play if they provide written consent and a risk assessment is carried out. The IRFU has spoken to players we are permitted to contact directly and will work with them to support on-going participation in the sport.

Anne Marie Hughes, Spirit of Rugby Manager, who has worked on policy development in this area since 2014, said,

“The IRFU is committed to inclusivity and has worked with the players and other groups in the LGBT+ community to explain that this change is based solely on new research related to safety. This is a particularly sensitive area, and it is important that respect is shown to all members of our rugby family and the wider community.

“We will continue to work to be as inclusive as we can be and to explore areas such as tag and touch rugby, which we know some of our players are already considering, refereeing, volunteering, and coaching.

“We continue to stand with the LGBT+ community, and while we accept that today some may feel disappointed in this decision, we want to again underline to them – there is a place for everyone in rugby, and we can all work together.”

The IRFU is committed to engaging with World Rugby, and other organisations, to further explore options to allow wider participation in contact rugby. We are also committed to the ongoing review of the policy as new evidence, research and insights become available.

The policy and an FAQ document are also available here

The IRFU is pleased to announce that Gillian McDarby has been appointed as Head of Women’s Performance and Pathways following an extensive recruitment process directed by the IRFU National Professional Game Board.

She will work with the Domestic Rugby department to grow the playing base of young women and girls, thereby facilitating consistent performance of Irish teams at an elite level into the future.

Gillian McDarby’s extensive career, across business and sport, provides her with strong high performance structural development credentials, which will prove critical in the development of the next phase of growth and elite performance for Irish women’s rugby.

Through her career with the IRFU she already has a deep understanding of the issues and opportunities facing the women’s game in Ireland.

A synopsis of her involvement across sport includes:

43 Contracts To Be Offered

In addition, the IRFU has confirmed that it will be providing a total of 43 centralised, paid contracts to elite women’s players next season, this includes contracts already in operation for members of the women’s 7’s programme.

To respect the importance of the upcoming test windows in Japan and the Sevens World Cup, the IRFU will discuss the details of the contracts with players before making further public pronouncements on these exciting developments.

The contracts have been benchmarked internationally and will range up to €30,000 + match fees and bonuses.

Speaking of her appointment Gillian McDarby said, “It is a great privilege to be appointed as the IRFU’s first Head of Women’s Performance and Pathways. I have worked across several important areas in the game and believe there is a huge growth opportunity for the women’s game in Ireland and I am looking forward to working with all stakeholders to bring the women’s game to the next level.

“It is also pleasing that my appointment coincides with the formal announcement of contracts for up to 43 female players. This is a major step forward for women’s rugby in Ireland.

“Success in the women’s game will be based on sustainability: creating sustainable pathways within the competition structures, getting meaningful competition structures in place for both women and girls to access the game of rugby at the right entry points and continuing to develop competitive international teams in fifteens and sevens. That, to me, is success.”

“This is an exciting time for the game and while much work has been done, there is always more to do. There are no overnight successes in sport, but I know that by working collectively with clubs, players, coaches, staff, and volunteers we can build an ever-evolving environment where young women and girls are supported to be the best they can be.”

Kevin Potts, Chief Executive, IRFU in welcoming the appointment said, “I would like to congratulate Gillian on her appointment and thank the interview panel of Nancy Chillingworth, High Performance Manager with the Olympic Federation of Ireland, Gary Keegan CEO of Uppercut, the high-performance advisory consultancy firm that works with organisations and leaders across sport, both of whom are independent members of the IRFU’s National Professional Game Board (NPGB) and David Nucifora, the IRFU High Performance Director. The high-performance expertise and independence brought to this appointment was very important to the NPGB.

“We wish Gillian well in this vitally important role and will ensure that she has the full support of the NPGB and the IRFU to successfully bring women’s rugby in Ireland to the next level.

“Today’s announcement of the creation of up to 43 IRFU contracts for Women’s Players is a further strong signal of our intent to foster and grow the women’s game over the coming years and to ensure that our women’s players are provided with the best opportunities to compete at the highest levels of the game in the future.”

The IRFU will advise delegates at its Annual Council Meeting later today (Friday 29th July) that Ireland Men’s Head Coach, Andy Farrell, has signed a two-year contract extension that will see him remain in his position until at least August 2025.

In his address to Council Kevin Potts, Chief Executive, IRFU, will congratulate and thank Andy, his coaching team, support staff and players for their historic win in New Zealand, while also confirming the contract extension.

Ahead of the Council meeting, IRFU Chief Executive Potts said: “I am delighted to confirm that Andy Farrell has accepted a two-year contract extension as the head coach of our men’s international team which will keep him at the helm of that team until at least August 2025, and there is an option to extend the contract further, based on a number of mutually agreed performance markers.

“Andy is one of the finest coaches in the world, he has brought our game to new heights and has the team playing a brand of rugby that excites, entertains, and engages people, while, critically, producing winning results.

“I would like to thank our Performance Director, David Nucifora, for his work in negotiating this extension with Andy.

“I, on behalf of all the Union delegates and Irish Rugby fans across the world, thank Andy for the exceptional impact he has had on Ireland’s performances to date, as we look forward to the year ahead, which will of course include the Rugby World Cup in France.” 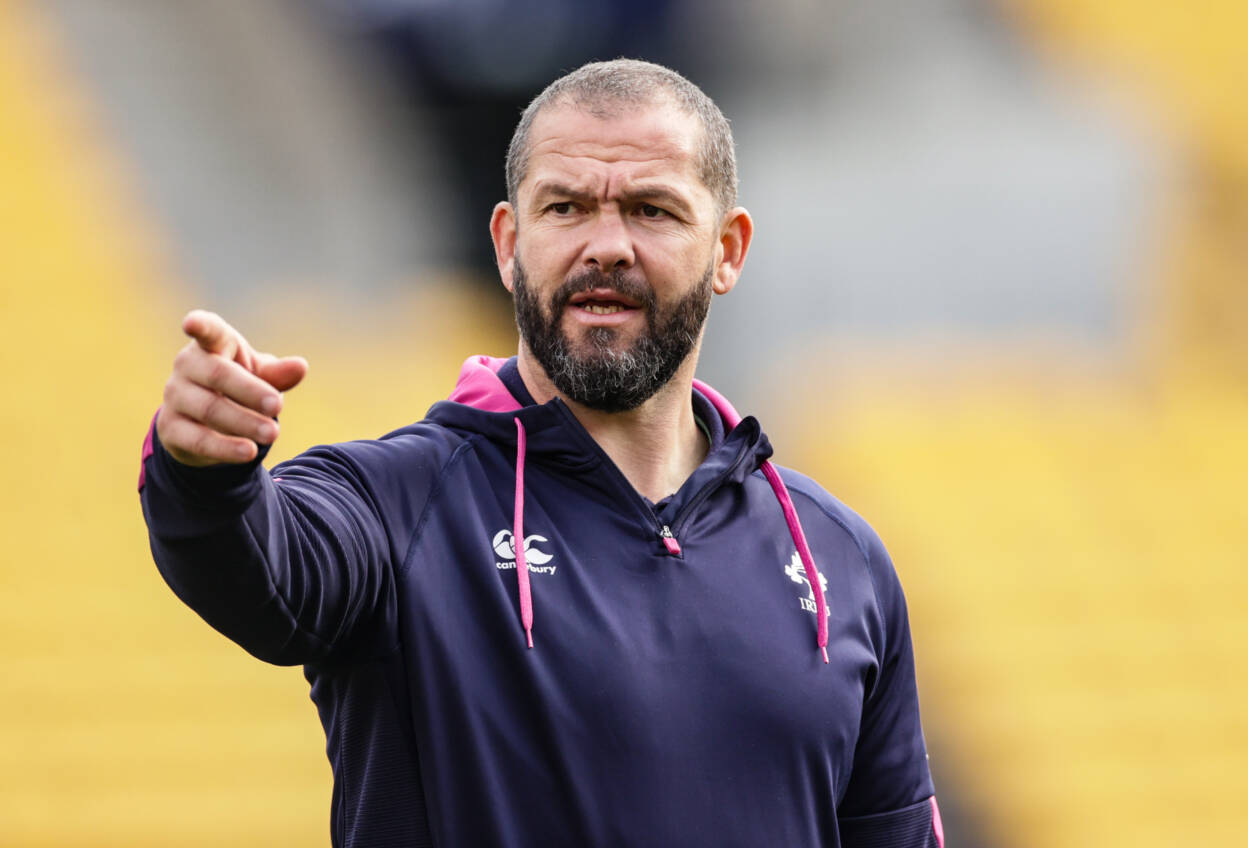 Commenting on the new deal, Farrell said: “I am happy to extend my contract with Irish Rugby for a further two years. As a group we have made it clear that we are building towards the 2023 Rugby World Cup, and we have taken some decent strides in that regard in recent months.

“Ahead of the tour to New Zealand myself and David (Nucifora) looked at the opportunities and challenges facing the national squad after the tournament in France. I am excited about continuing to work with the group and with the next generation of Irish international players.”

IRFU Performance Director, David Nucifora, added: “Andy is one of the outstanding coaches in world rugby and his work in leading the transition within the national team since the 2019 Rugby World Cup has been exceptional. Ireland are currently the number one ranked team in the world, an incredibly tough five match tour of New Zealand was a success on several levels and a Triple Crown was secured in the 2022 Six Nations Championship.

“A coach of Andy’s calibre is always going to be in high demand, and we are delighted that he has agreed to extend his contract with the IRFU.  This new deal, agreed prior to the Tour of New Zealand, allows us to plan beyond the 2023 Rugby World Cup with the certainty that one of the top coaching talents in the game is spearheading the national programme.”