Last night’s exertions in dumping hosts South Africa out of the tournament looked to be having an impact when Ireland (sponsored by TritonLake) were left trailing 10-0 after just two minutes.

McGarvey-Black reeled off a blistering brace of tries, but Jack Kelly capitalised on Moses Leo’s yellow card to halve the deficit for half-time.

James Topping’s side maintained the momentum on the restart, Harry McNulty competing hard in the air and the breaking ball was run in by Andrew Smith for a levelling eighth-minute try.

Captain Billy Dardis missed the difficult conversion from the left, and despite some terrific work from the likes of Kelly and the tireless Terry Kennedy, Ireland were unable to snatch the decisive score.

Instead, the in-form McGarvey-Black came up trumps for the All Blacks Sevens in the 13th minute when converting pressure into points. The extras were added by replacement Kurt Baker.

The ball squirted out of a late Irish ruck, allowing New Zealand to turn defence into attack as they became the first team to qualify for three successive Sevens World Cup finals – they were champions in both 2013 and 2018.

Ireland will have their last runout at Cape Town Stadium at 7.25pm local time/6.25pm Irish time. Their Bronze final opponents are Australia, whom they beat to win the Challenge Trophy in San Francisco four years ago. 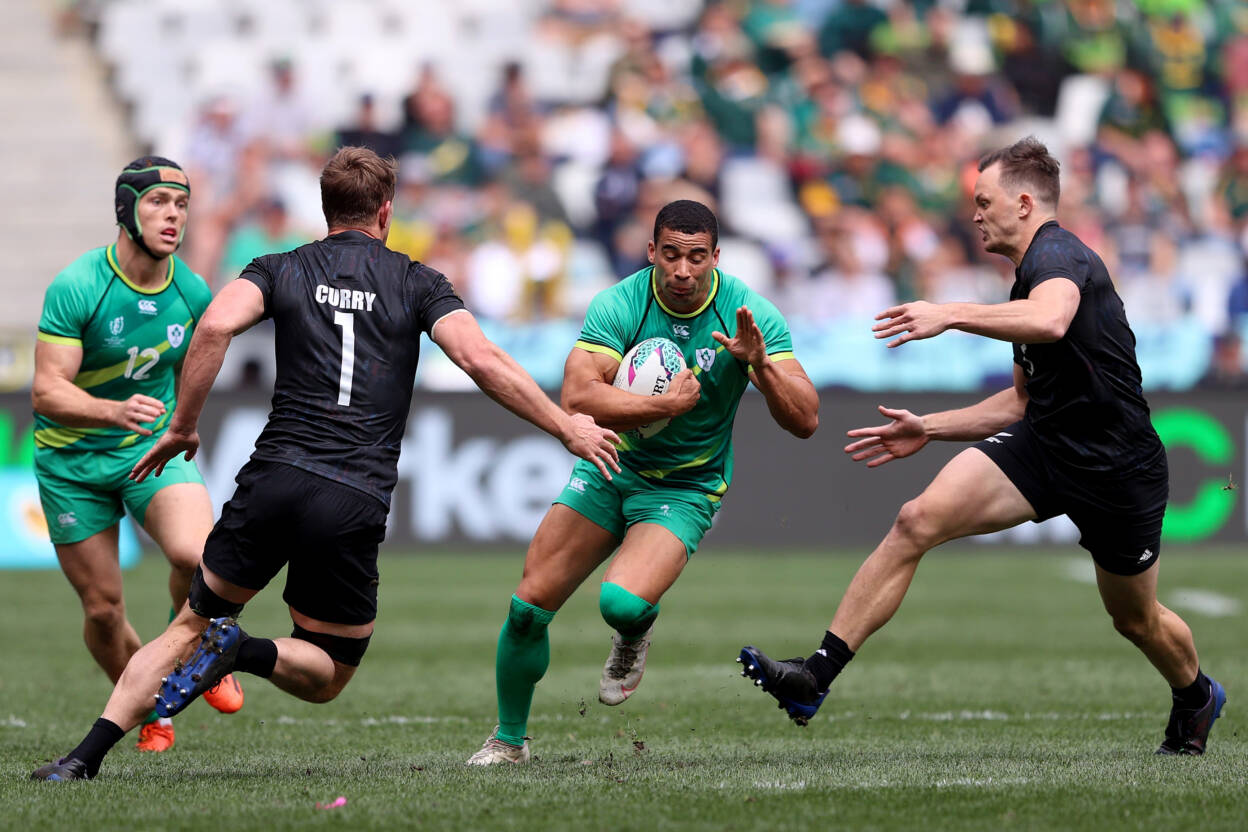 Speaking in the aftermath of such a gut-wrenching result, Jordan Conroy admitted: “It was a big semi-final, we knew we had a tough opponent. All we wanted to do was to play our game and bring it up a level from last night’s match.

“Unfortunately, the result didn’t go our way. It was a close match but that’s how the game goes sometimes, it is just small margins.

“The energy last night was just out of this world and just trying to replicate that was a little bit tough, playing so late and then getting up early. But that’s not really an excuse, that’s why teams are in the final.

“They just get on with it and bring it up a step further. I feel like we, as a team, are nearly there so, yeah, it’s just up from here.” 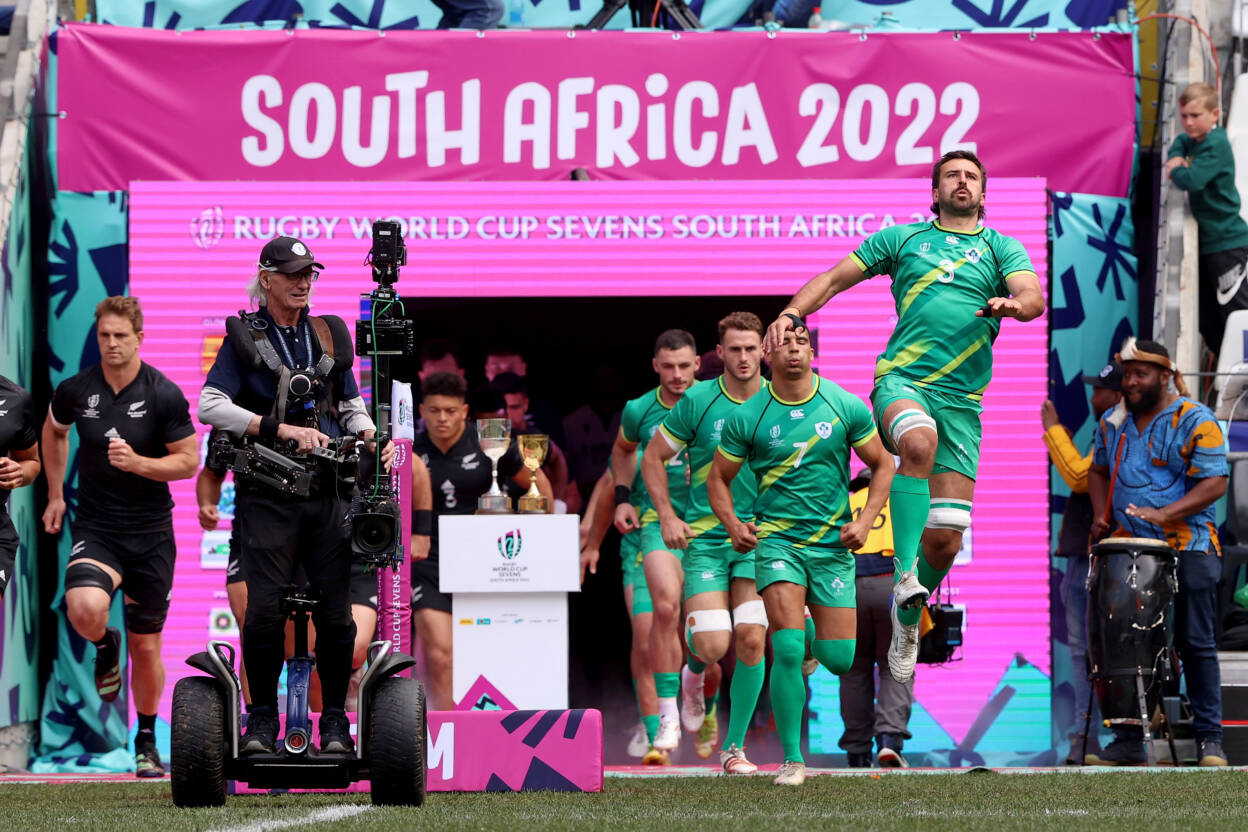 Ireland fell behind after just 29 seconds, Kennedy failing to gather the kick-off and New Zealand used the quick lineout to go to the far wing before Tone Ng Shiu’s impressive offload put McGarvey-Black over in the left corner.

The scoreboard showed 10-0 shortly afterwards, with referee Reuben Keane happy with the legality of New Zealand’s counter ruck and follow-up on Sean Cribbin that created a pathway to the try-line for McGarvey-Black.

A Kennedy turnover penalty lifted the men in green, and then another steal from the St. Mary’s College speedster – followed by nice work on the counter attack from Cribbin, McNulty and Kelly – finally got them on the front foot.

Leo took Kennedy out off the ball, earning a late first-half yellow, and Ireland’s patient build-up play was duly rewarded. McNulty put Kelly over in the right corner, but agonisingly, Mark Roche’s well-struck conversion was denied by the woodwork.

Luck was suddenly on Ireland’s side when the second half got underway. McNulty made a nuisance of himself and the ball bounced up invitingly for Smith to embark on a 35-metre run to the whitewash. 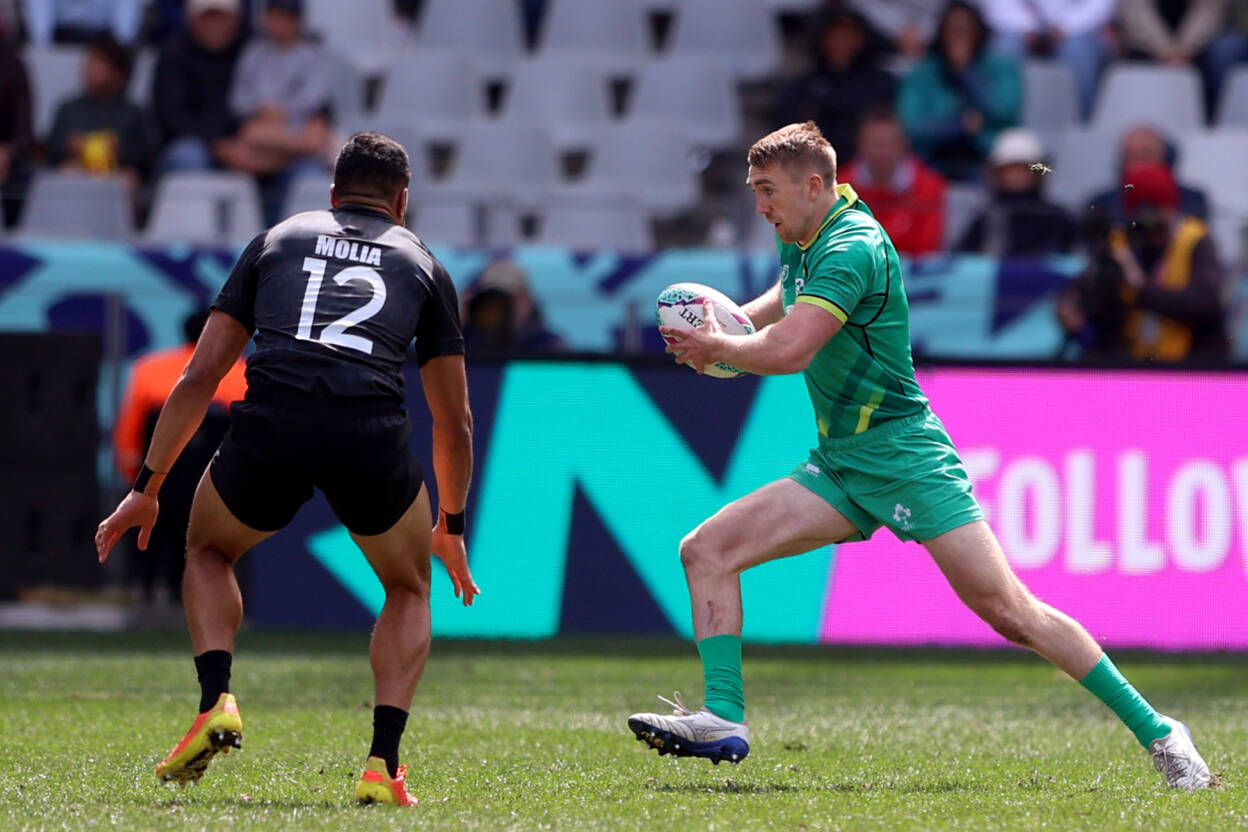 After Dardis pulled his conversion narrowly wide on the near side, the Ireland skipper went long from the restart and a favourable bounce may have seen the inrushing Kennedy score wide on the left.

That energy-draining late night quarter-final, coupled with the injury-enforced absence of Hugo Lennox, caught up with Ireland in the end, but it was a valiant effort against one of the world’s most consistent Sevens outfits.

Conroy added: “Looking back to our first World Cup in San Francisco, as the newbies coming ninth, and being able to play for a medal four years later is absolutely amazing.

“It just shows the growth we have been through in the last four years. It would be another one for the history books for us (to win bronze), and hopefully, we can bring it home.” 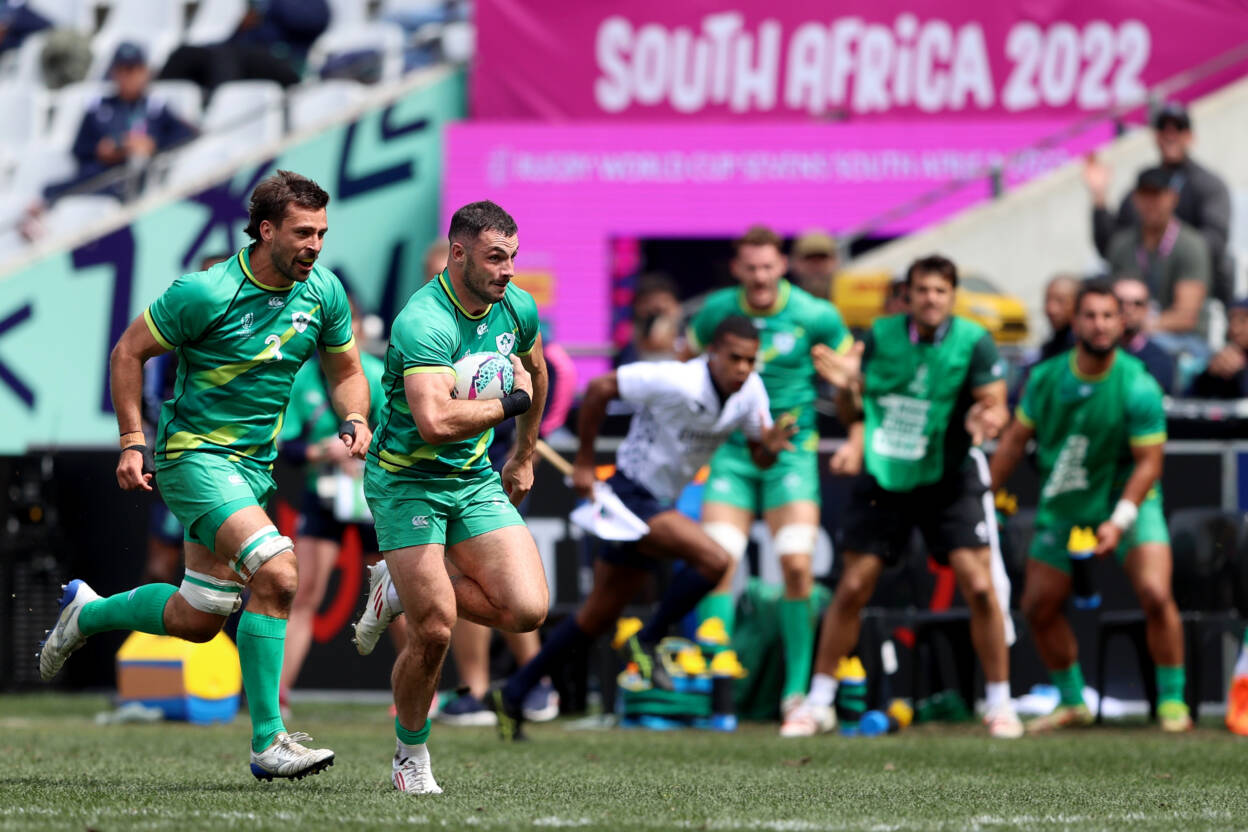 All of Ireland’s games are live on the RTÉ Player in the Republic of Ireland, while there will be coverage across Irish Rugby social media channels and on IrishRugby.ie. A full list of broadcasters is available here.

The Ireland Men’s and Women’s Sevens teams are wearing their brand new Canterbury kit for the World Cup in Cape Town. Click here to buy the new jerseys online from Intersport Elverys.

Match Report: Kennedy: Happy To Get Through Without Conceding