The most-capped member of the starting XV with 61 caps, Furlong is looking forward to leading his country for the first time, ranking it up there in terms of career highlights as ‘something no one will ever take away from you’.

He is anticipating a strong performance from Fiji who only trailed Scotland by two points at half-time in Edinburgh last weekend, while Ireland only had three points to spare (23-20) when the sides last locked horns five years ago.

“It is different, but it’s still a challenge and especially for the group that we have,” admitted Furlong, speaking about moving on from playing reigning World champions South Africa to hosting the 11th-ranked Fijians.

“It’s the opportunity that lies in front of us and how we can be good, how we can drive it on…I think Fiji are playing really good rugby. I think they’re very well coached and they’re very physical, very direct.

“Obviously they have all the flare in the world out the back that they can score tries from nothing. I think we’re under no illusions about the size of the game at the weekend.”

Furlong is cognisant of the significance of his selection as captain, given the rareness of a prop leading the national team, his own rise from the youth ranks like Shane Horgan and Sean O’Brien, and the fact that he hails from Wexford.

The most recent props to captain the Ireland were Nick Popplewell (against Japan in 1995), Reggie Corrigan (against Tonga in 2003), and Simon Best during the 2007 summer tour to Argentina.

A proud product of New Ross Rugby Club, Furlong can also look back in the annals of Irish Rugby history for inspiration. Fellow Wexford man Karl Mullen, a native of Courtown, captained Ireland in their 1948 Grand Slam campaign and the British & Irish Lions two years later.

Asked by head coach Andy Farrell on Monday if he would lead the team if ‘fit and ready to go’, the 29-year-old tighthead has recovered quickly from the ankle injury he picked up against the Springboks.

Furlong has been part of Ireland’s leadership group since the early days of Farrell’s coaching reign, so was an obvious choice as skipper given the personnel changes this week and his standing amongst the group.

Despite that, he admits captaining the team was not something he envisaged doing, even when growing up on the family farm in Campile. He joked that his childhood dreams were more about ‘spuds, gravy, and mother’s Sunday roast’. 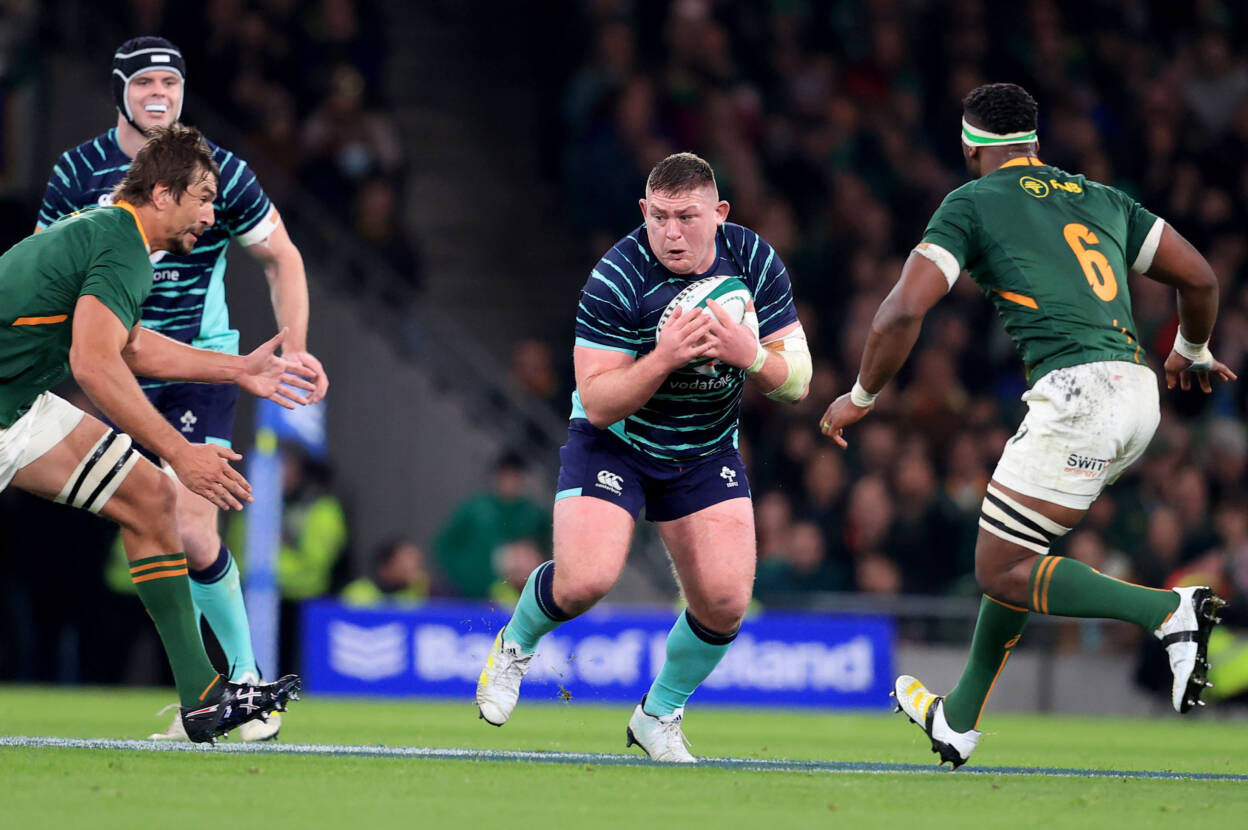 “It’s class, obviously look I didn’t know if I’d be playing or not to be perfectly honest with you. It’s class (to be captain). It’s not something I ever thought would be on my radar, to be honest.

“Look, I know it’s for a game. I know it’s not captaining your country week in, week out, but it’s still class. It’s still a class feeling. I know from people back home, they’ll be very proud, etc. So it’s great.”

Furlong’s captaincy experience is limited to a stint with the Ireland Under-18 Clubs team back in 2010, a side that produced a number of future professional players including Kieran Marmion, Alan O’Connor, Tom Daly, Eoghan Masterson, Jack Carty, Chris Farrell and Shane Layden. 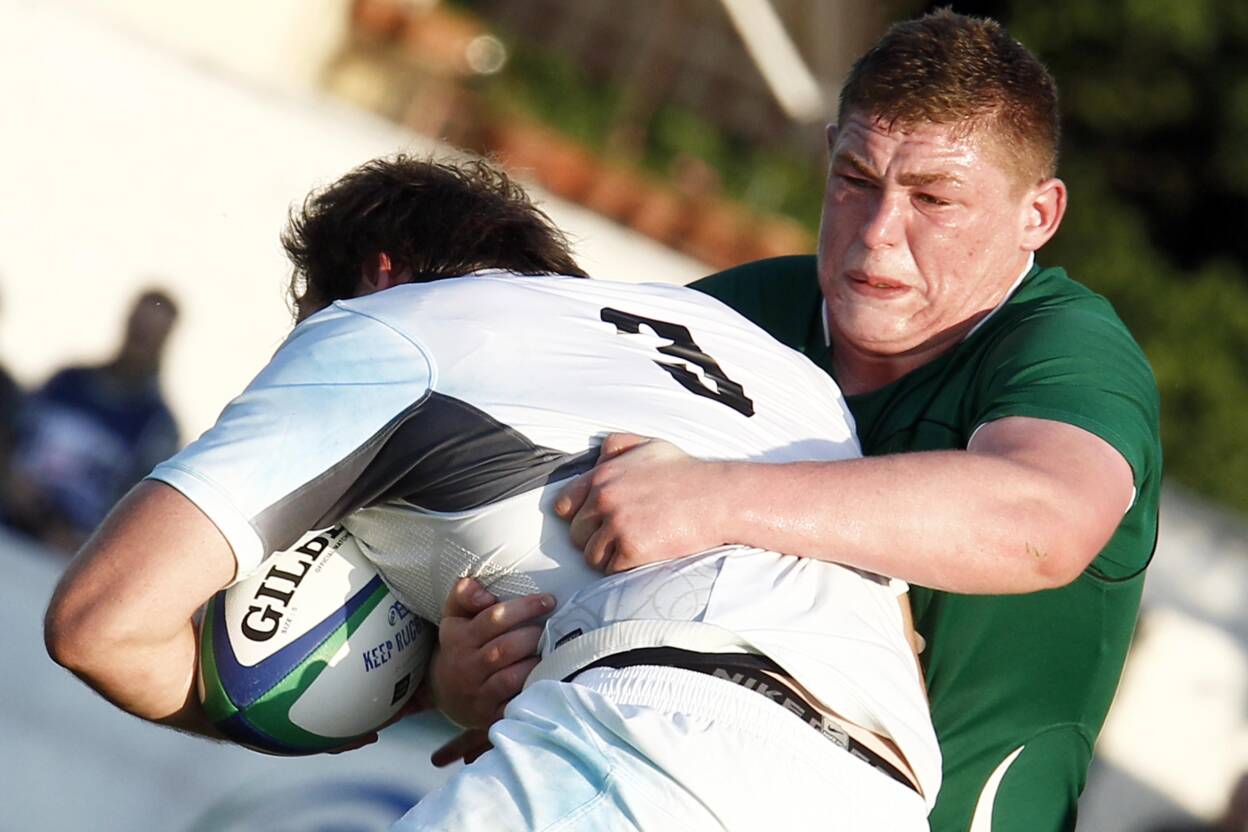 The IRFU’s underage clubs pathway continues to produce promising players with plenty of talent – the current crop won 43-10 against Italy in Rome last Saturday – and Furlong also acknowledged the development of his Wexford compatriot Brien Deeny, the 22-year-old Leinster lock.

“Shane Horgan would have came through (the non-traditional route), Seanie (O’Brien) comes through, I immediately identify with those people because they’re from a similar background. John Hayes the same. It’s easy to identify.

“We’re lucky now that there’s so much more of us coming through, especially in the professional game in general in Ireland. So you don’t have to look all that far anymore, whereas it was only two or three back in my day. It’s more accessible now.

“It’s not like it’s just Sean O’Brien and Tullow. It would be a Wexford Wanderers fella looking up to Brian Deeny who’s playing in Leinster now. It has become far more local than regional where it was before and it’s only good for the game, you know?”

Of his time captaining that Ireland U-18 team, he admitted: “That’s going back, boy. It was a lot of blood and guts, banging tables and stuff back then.

“I’ve been lucky to be involved in a lot of good teams with a lot of good captains. It’s just trying to fit your way in and enjoy it as well, as much as anything.” 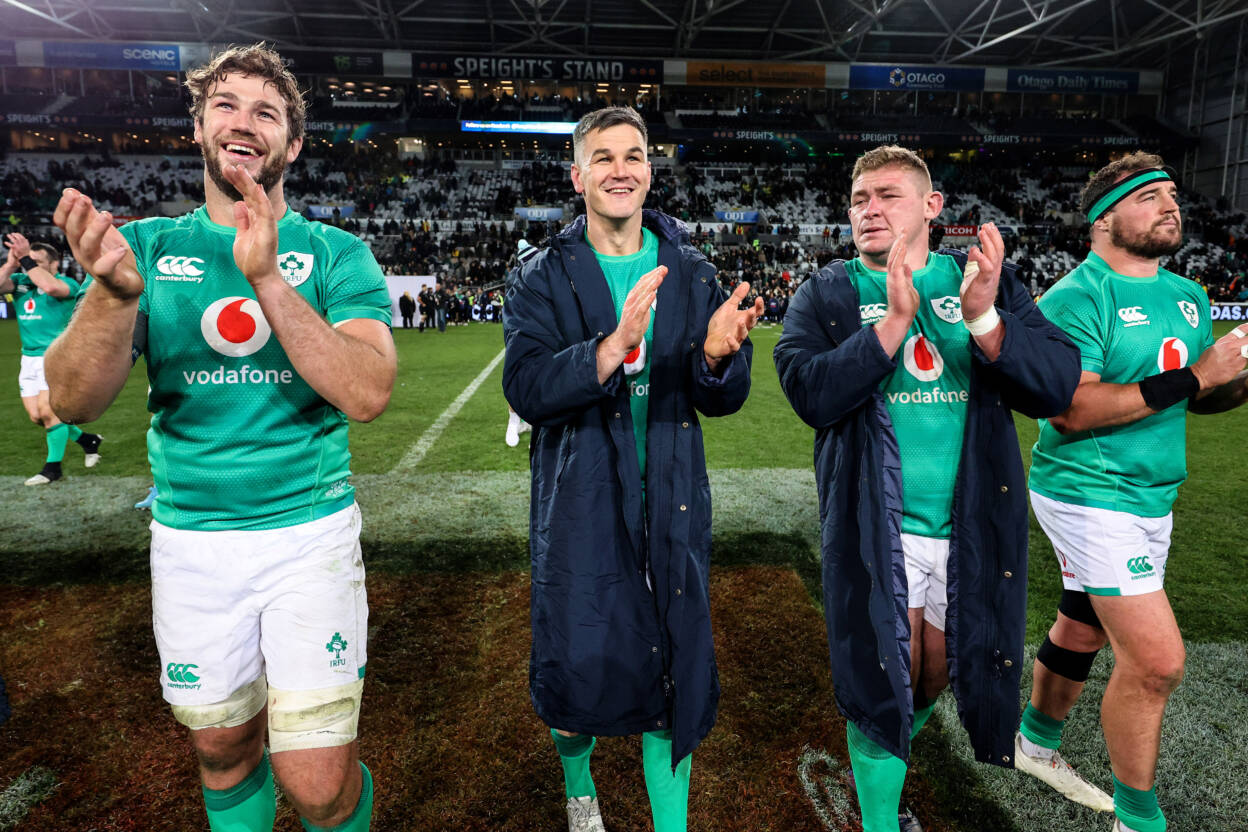 Furlong has had to adapt to modern rugby’s more player-driven environment, with his captain with Leinster and Ireland, Jonathan Sexton, noting last week how the prop has ‘really come out of his shell over the last couple of years’.

Slightly hesitant at first, the Leinster front rower feels being a leader within the national camp is a more natural fit now for someone who Sexton has hailed for his ‘outstanding rugby brain’ and having ‘his finger on the pulse’.

“I suppose there was a time where players were about doing their job, putting the blinkers on and getting about with your business,” explained Furlong.

“I had no clue of it. None of it. It’s something I didn’t know how to approach at the start. I think as a leadership group we probably didn’t, we were quite quiet. ‘What does Faz want?’…but as we grow and the years went on, it came more natural to us.”

Furlong wants to ‘make the most out of the weekend’ and his time as Ireland captain, a role Farrell said he was ‘the obvious choice’ for as they look to make it two wins out of two in the Bank of Ireland Nations Series.

“We’ve documented quite a bit over the last period of time just how much his leadership has come on and his standing within the group, so I am a big believer in how people make people feel,” said the Ireland boss.

“Not just during the week but beforehand in the dressing-room just before they go out, and he becomes the obvious choice with that.

“You’ve got to be comfortable in your own skin, haven’t you? You have to be across your own detail, your own game and understand what the team needs and how you go about playing our own game under the scrutiny of a Test match itself and with everything that goes with that.

“And then you are able to care about others. We have a lot of lads who are able to do that and Tadhg has figured it out more than most.”

Scotland draw on experience to meet All Blacks challenge

Alaalatoa to captain, Nawaqanitawase and Donaldson to debut in Italy