Considering players of the calibre of Peter Stringer, Jamie Heaslip and Rob Kearney have fallen short of the milestone, it shows the high standards the Limerick man continues to hit in an international career that has spanned 11 years.

“I’m in awe of these people,” admitted Farrell. “It’s pretty special because we all know, through a career, to be able to get to that type of milestone of what it really does take.

“I suppose when you’re a coach or when you’re a player, you see all the ups and downs and you see the pressures that come in from all sorts of different directions.

“You see everyone wants to move onto what they perceive to be the next best thing. I just think somebody who stands up to be counted time and time again, to get to a point like that, I’m in awe of it.

“The hardest thing is to stay at the top. Of course there’s ups and downs, but Conor’s a legend of Irish rugby, everyone knows that, and the abilities that he’s shown through the years are second to none.”

A debutant against France in a 2011 Rugby World Cup warm-up match, Murray made the number 9 jersey his own for a prolonged period, setting a new Irish record of 64 starts together at half-back with current captain Sexton.

During the Farrell era, he has taken on a cameo role given Jamison Gibson-Park’s excellent form, but the latter’s recent injury lay-off has opened the door for the 33-year-old’s first start for Ireland in a year.

The pair have dovetailed and worked very well in tandem in what is ‘a respectful, competitive battle’ for the number 9 shirt, according to Farrell. It is exactly why Murray is held in such high regard by players and coaches alike. 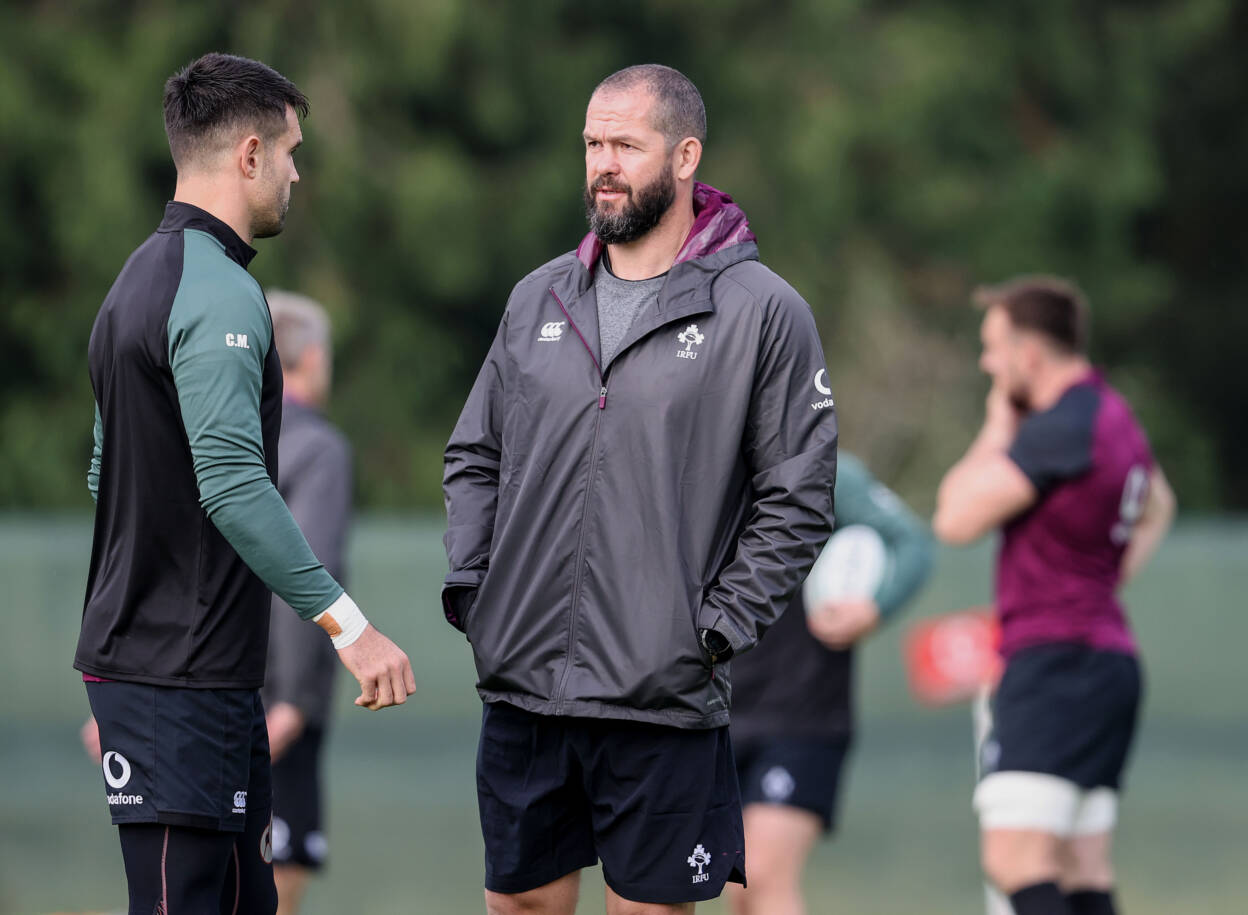 “The biggest compliment that I could give Conor is that he is a top, top class bloke. I don’t know anyone who’s got a bad word to say about him,” insisted the Wigan native, who first coached him during the 2013 British & Irish Lions tour.

We’re all obsessed with rugby, but I suppose when it comes down to how he’s managed himself throughout his career – there’s some bigger things along the way as well – amongst his peers, which really matters to Conor, he is classed as a fantastic human being.

“He’s a tough old character, Conor. He’s steely strong, mentally. He cares a lot about his own game. He gets a chance now to show us how he wants to push forward.”

Like Gibson-Park, full-back Hugo Keenan has been injured for the first few weeks of Leinster’s season. He has since recovered from knee and abdominal issues and returns to man the back-field against the Springboks.

Farrell is confident that Keenan can deliver a big performance despite his lack of recent game-time, and it will be needed given how crucial the kicking and aerial battles will be.

“When you talk about someone like Hugo, we could talk all day about him really. He’s the fittest in the team, we’ll start there.

“He’s probably the most diligent in the team as well as far as his work and the confidence that that gives – not just getting across his own work, but everyone else’s work – to the group in that regard.

“Some people can hit the ground running and be very good, some people take three or four weeks to be able to do that. We believe Hugo is in a good space to be able to perform on Saturday.”

It has been quite a balancing act for Farrell this week in terms of overseeing preparations for two big encounters with southern hemisphere opposition – the Ireland ‘A’ team take on the All Blacks XV on Friday night before Saturday’s main event.

He would have it no other way, though, as testing weeks like this will give Ireland the best possible shot at delivering on their potential at next year’s Rugby World Cup and beyond.

“It’s brilliant. I love coaching, I love rugby, I love the players, I love the environment. So, there’s nothing better than having 50 lads that are not just galvanising together and wanting each other to do so well, but competing, like I’ve said, all week.

“The responsibility on Friday night is for those young lads not just to perform, but to show the rest of the group what they’ve learned and what they’ve picked up during the week. That they’re able to apply it under pressure.

“I’ve no doubt lads, whether they’re going to the ground (at the RDS) or staying at the hotel, I’m sure that’s going to inspire them. It certainly would me.

“Sat there before a game watching your team-mates who you’ve trained with all week, that would certainly inspire me to want to put the boots on on Saturday morning.”

The inclusion of Ulster centre Stuart McCloskey on the bench is a notable one, given the physical and game-breaking impact he could make against the Springboks. He has six Ireland caps, the last one coming against the USA in July of last year.

The sight of McCloskey, during the URC’s opening round against Connacht, taking out two defenders and brilliantly offloading for Luke Marshall to score gave another glimpse of what he is capable of. 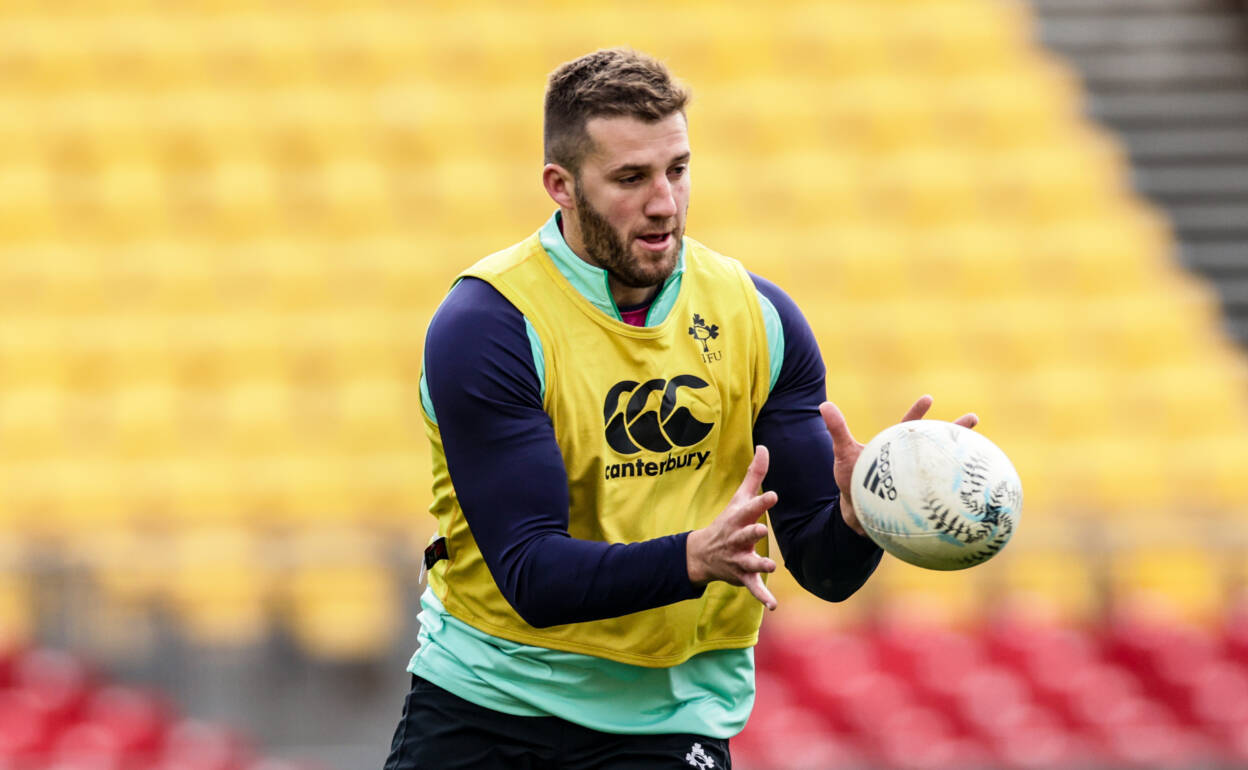 The Bangor man helped Ireland to victory against the Māori All Blacks in July, and he has a clear aim now to stay in Farrell’s thoughts with a possible run as a replacement this weekend and further involvement against Fiji.

“He’s a game player, Stuart. He’s one that over the last few years, it’s been tough for him. It’s certainly be tough enough for me as well because I think Stu’s a great player, a great talent,” acknowledged the Ireland boss.

That position, as we know, has been strongly contested. They’re great together (the centres). To be able to see Stu strive in the environment and send him home every Wednesday has been tough for him to take.

“But his performances have never wavered. In fact his hunger has got stronger. The start of the season has been very bright for him, so I’m pleased for him to get the opportunity to show what he’s about on Saturday.

“You just want him to be himself. He plays really strong and he’s got a chance now to show his team-mates that he’s the real deal as far as the big time is concerned – push on and perform really well and give us a massive headache come the Six Nations.”