Former Junior Springbok backs Manie Libbok and Sacha Feinberg-Mngomezulu earned their first Springbok call-ups on Friday, while there was a recall for Jason Jenkins, who is back in the national set-up four years after making his Test debut, as head coach Jacques Nienaber named his 35-man squad for the Castle Lager Outgoing Tour.

South Africa ‘A’ coach Mzwandile Stick, meanwhile, included nine capped Springboks in a 19-man squad that will travel to Ireland next week Saturday for their two-match tour against Munster and the Bristol Bears, where they will be joined by seven players from Nienaber’s squad following the Springboks’ opening Test against the top-ranked team in the world, Ireland, at the Aviva Stadium in Dublin on Saturday, 5 November.

This will see the Springbok squad comprise of 28 players and the SA ‘A’ team 26 players.

The Ireland Test will be followed by another three tnternationals for the Boks against France in Marseille on 12 November, Italy in Genoa on 19 November and England in London on 26 November on the Castle Lager Outgoing Tour.

The SA ‘A’ team, meanwhile, will face Munster on Thursday, 10 November, and the Bristol Bears on 17 November.

Libbok and Feinberg-Mngomezulu are the only uncapped players in Nienaber’s 35-man squad, Jenkins played his only Test against Wales in Washington in 2018, while Sbu Nkosi and Marco van Staden are also back in the Bok mix after last playing in the green and gold in 2021. Warrick Gelant (utility back) was not considered for selection after his club informed SA Rugby that he was not available due to passport and visa issues. 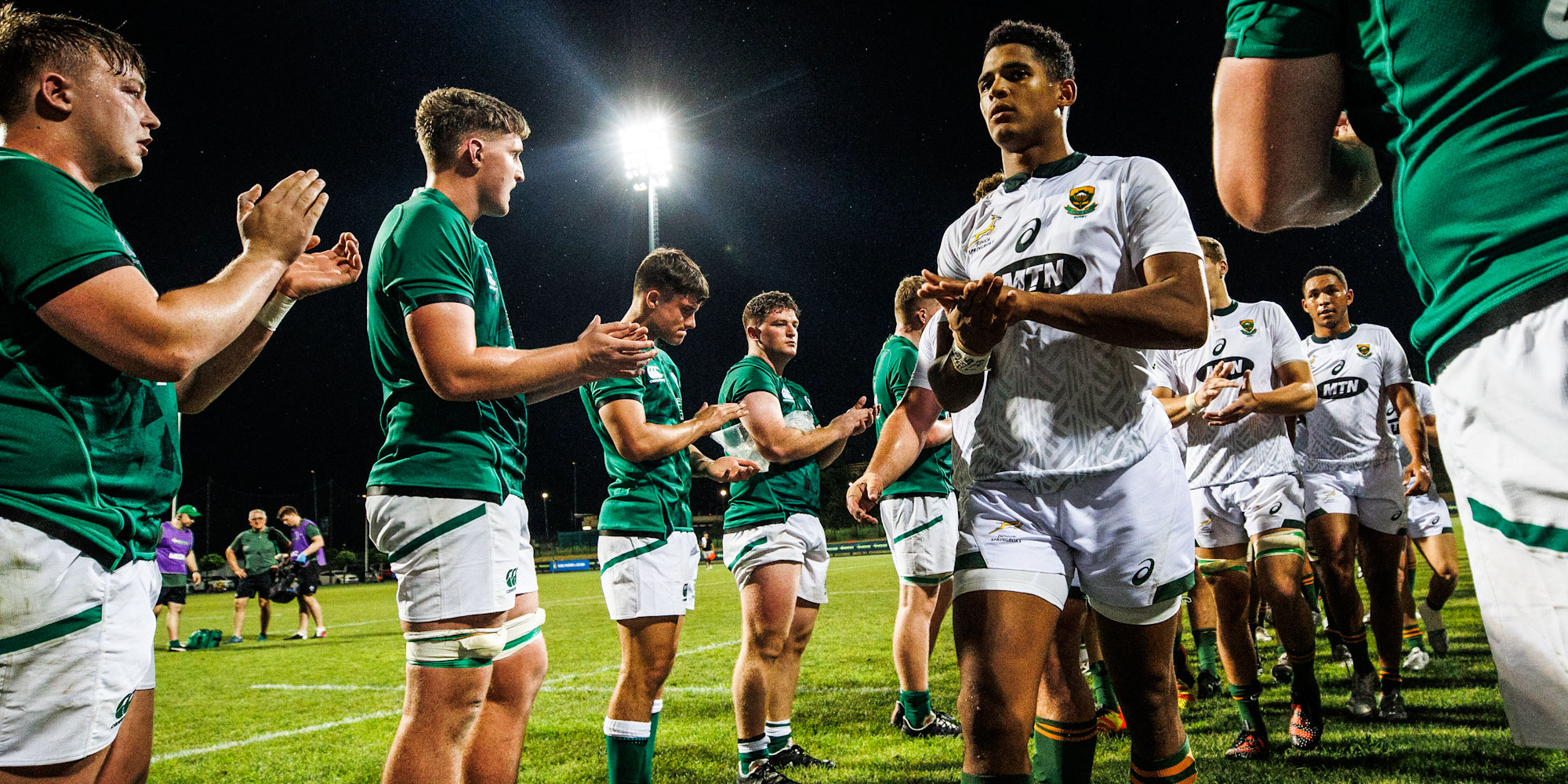 A flush of exciting young players, who have made their presence felt at franchise level, have also been included in the touring squad, including the likes of former Junior Bok captain Phepsi Buthelezi (loose forward), Sanele Nohamba (scrumhalf), Henco van Wyk (centre), Gianni Lombard and Suleiman Hartzenberg (both utility backs).

Summing up the composition of the exciting 54-man squad, SA Rugby Director of Rugby Rassie Erasmus said: “This is a very important tour for both teams in terms of measuring how we perform against some of the top countries and clubs in the world and to give a wider group of players an opportunity to play at this level, less than a year out from the Rugby World Cup.

“We have some exciting young talent making a strong statement for their franchises and clubs, and since we are limited to selecting only a specified number of players for the Springbok squad, we would not have been able to see some of them in action, so we are delighted to have this SA ‘A’ tour.

“This team is the closest one can get to represent the Springboks and given the quality of the Munster and Bristol teams and the electric atmospheres expected at those sold-out matches, this will be the perfect opportunity for those players to put up their hands for the World Cup squad.”

Nienaber said he tried to strike a balance between experience and exposing a few young players to the national team on this tour. Manie Libbok in action for the Junior Boks in 2017.

“We are facing three of the top five teams in the world in Ireland, France and England, and we are building our squad for the World Cup next year at the same time, so it was important to maintain consistency in selection while also rewarding a few talented young players for their steady form this season,” said Nienaber.

“The fact that a few key players were ruled out due to injury also played a role this process, but we know what we have in those players, and it has granted us an opportunity to see what the next generation of players can do at this level. This will bode well for the Rugby World Cup and beyond.”

On the selection of Libbok, Feinberg-Mngomezulu and Jenkins, Nienaber added: “Manie and Sacha have shown what they are capable of at Vodacom United Rugby Championship and Junior Springbok level, while Jason has been in fine form for Leinster, and we are thrilled to see them being called up to what is a largely settled squad.”

Stick was also excited about the group of players that will travel with the SA ‘A’ team and said: “With this group of players, we will be able to select quality match-day squads for both matches with some capped Springboks and enthusiastic, talented young players, and I cannot wait to work with this group.

“For some players this will serve as a golden opportunity to throw their names into the hat for selection for the World Cup, while others will want to reinforce the faith the Bok coaches have had in them in the last few years, and it doesn’t get more exciting than that as a coach.

“I’ve worked with some of these players at Junior Springbok level and a few more during the Green and Gold Showdown in 2020, and I have full faith in the talent within the squad and the players’ abilities.” 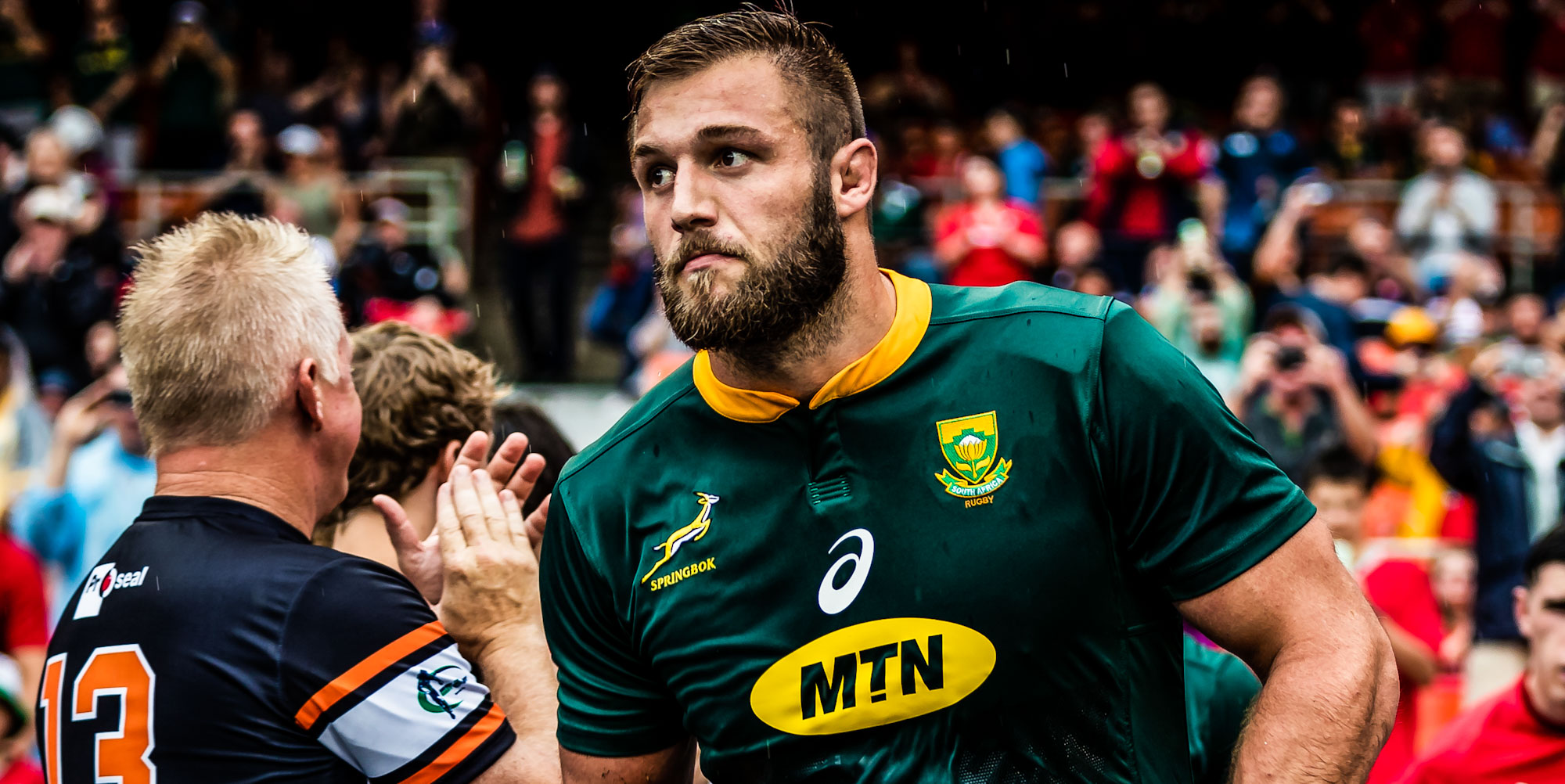 Jason Jenkins won his only Test cap against Wales in 2018.

The full Springbok squad will assemble in Dublin on Monday, while the SA ‘A’ players are set to depart for Cork next weekend to begin their preparations for the midweek games, where they will be joined by some of the coaches and players from the Bok squad.

Japan Test provides opportunities for new and returning All Blacks