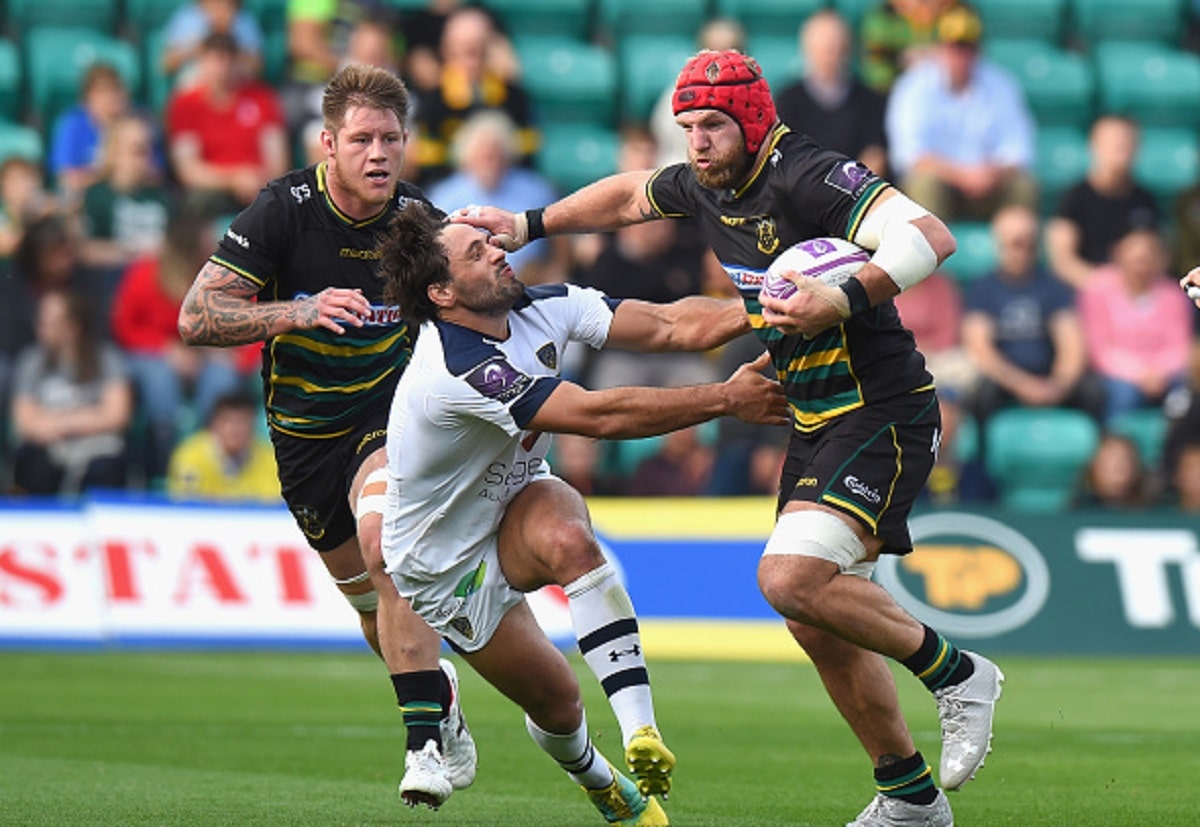 England flanker James Haskell has announced that he plans to retire from professional rugby come the end of the season.

The 34-year-old has had an injury-prone season with Northampton Saints and has been struggling with ankle and toe problems which has caused a restriction on his game time.

Haskell has thanked everyone involved in his career and is extremely grateful for the chance to play rugby at the highest level.

“I have loved every minute of my career in rugby and feel very privileged to have played with and against some exceptional players. There are so many people to thank, but in particular I would like to express my appreciation for all the coaches, trainers and physios who I have worked with throughout my career – from Maidenhead minis all the way up to England and the British & Irish Lions, I owe them all a huge debt of gratitude,” he said.

He also thanked the fans and his friends for supporting him through his glittering career.

“I also want to thank all my team mates over the years for putting up with me and giving me an adventure that allowed me to laugh every single day. My thanks go out to the supporters here at Northampton Saints too who have welcomed me with open arms; I wish I’d been able to offer more on the field this season. This next chapter was supposed to go a very different way, however that is the nature of professional sport. I’ve never spent so much time injured in my entire career, but I’m doing everything I can to help the squad here until my contract ends,” he added.

Having played a starring role in a Wasps team, Haskell moved to the Saints and even though he has suffered misfortunes during his time there, he admitted that retiring was a really tough decision.

“Retiring is obviously a really difficult decision for me to make; professional rugby has been the centre of my life for such a long time now and while it’s weird to imagine living without it, I look to the future with huge excitement. I look back at my career and have been very lucky to have done most things there are to do in rugby. Sadly, I will never know what it’s like to win a World Cup or represent the Barbarians. Finally, I would not have achieved what I have in this sport without the continued support of my amazing wife, my family, and my friends. To them all, I am incredibly grateful,” he finished.

The flanker has also had spells across the globe at Stade Francais, Ricoh Black Rams and he Highlanders and has over 200 club appearances.

Along with an incredible club career, Haskell has 77 caps for England and has won three Six Nations titles including a Grand Slam in 2016, as well as appearing at two World Cups and playing for the British & Irish Lions.

England head coach Eddie Jones has paid tribute to flanker and claimed that Haskell always made him smile.

“When I look back at my time coaching James, it will always bring a smile to my face. It was a privilege to coach him, but also great fun. He’s what I’d describe as a ‘glue’ player – someone who always tries to bring a squad together,” he said.

He also noted that Haskell will be missed from the game and applauded his contribution in every game he played.

“His tour to Australia in 2016 sticks in my mind. He was absolutely outstanding on that tour, amazingly physical, uncompromising and just totally dominant. Despite injuries preventing him from achieving his goals this season, he should be remembered for a great career and as someone who never gave less than 100 per cent for club and country. Not only a superb player, but also one of the game’s great characters; rugby will be poorer without the ‘old fella’,” he added.

Haskell’s time throughout the game was filled with highlights and is still in with a chance of being named in the Red Rose’s World Cup squad later this year. However, Jones’ comments about him being missed from rugby will ring true with many in the sports community.

Could Smith Have Played His Last Game for the Highlanders?