After 30 years’ service devoted to the success of the Wales senior men’s team, physio Mark Davies is retiring.

Joining as a member of the backroom team in 1992, no one has been part of more Wales men’s Test matches since then than Davies.

Ask any Welsh rugby player of recent history for their views on the man known to everyone as ‘Carcass’ and you will be greeted with a warm response, such is the esteem in which Davies is held.

His rugby longevity has been truly remarkable and Davies will be greatly missed in the national squad set up.

Speaking about his decision to retire Davies said: “I glanced in the mirror once too often and saw my sell-by date.

“The decision to retire is mine. I realise I’ve had a longer run than I could have wished for, but the job is much more active than it used to be and there comes a time when you have to be honest and put your hand up.

“I’ve accumulated a number of ailments over the years which has required a new knee, hip and shoulder. I’ve had a number of fusions in both feet, so long gone are the days when I had four good wheels on my wagon. They are boney problems which is a bit ironic in view of my nickname.

“Somebody called me ‘carcass’ way back in primary school in Maesteg because some bright spark thought it summed up my anatomical state. I was skin and bone at the time and it’s stuck ever since.

“The boney issue now means I can’t get about as quickly as I used to.” 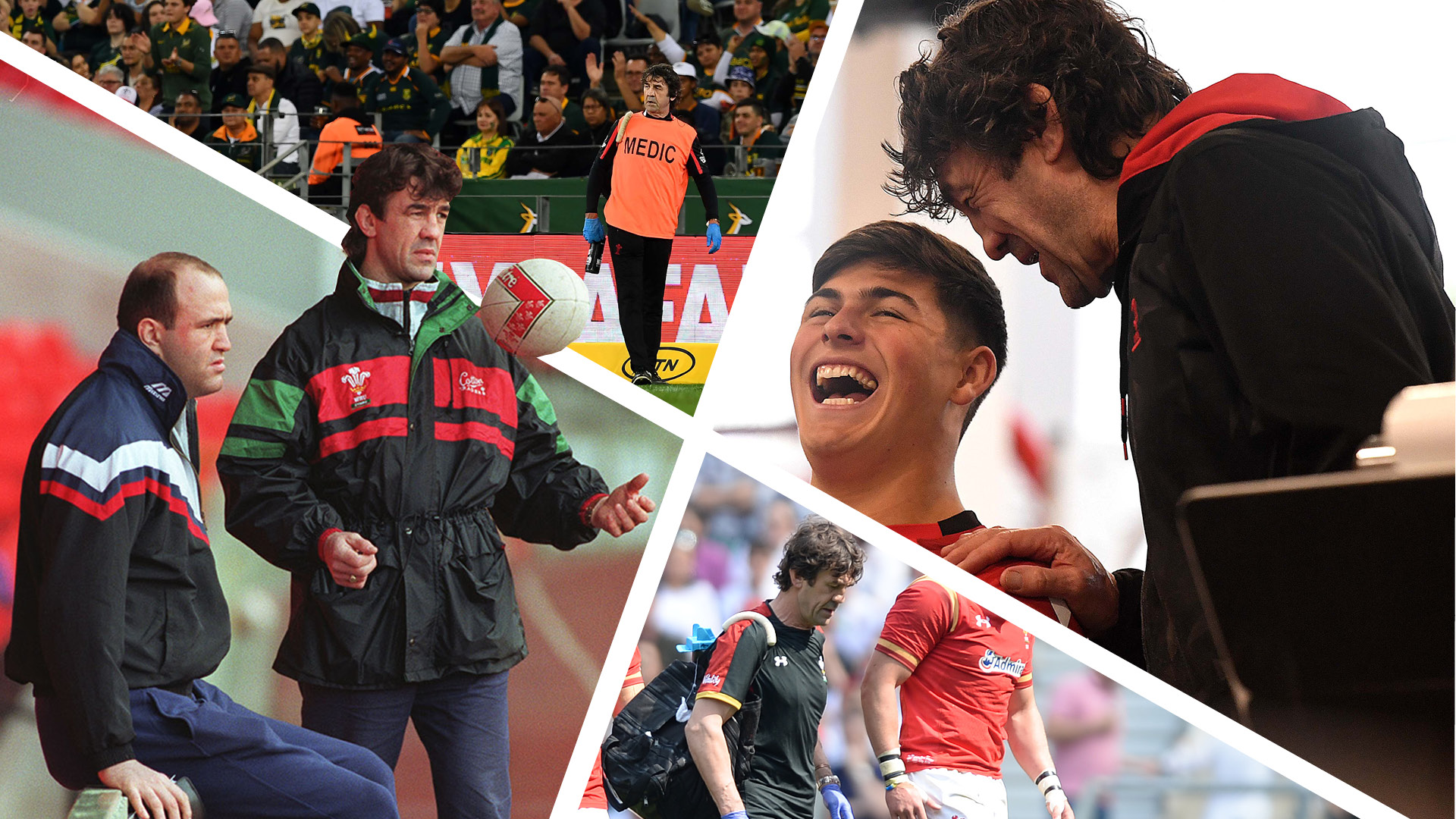 While he may not be in camp with the squad come the autumn, Davies will still be keeping a close eye on how the men’s national squad fair in their four home Test matches, “It’ll be a wrench when the season starts and Wales play their next match,” he said.

“It’s going to be a little bit different and I don’t know how I’ll approach that. It is going to be a bit strange really, so I’ll have to wait and see on that front.”

Retirement brings new opportunities, however, and Davies is ready to embrace those, “I have my wife and a new cockapoo, so that’s my immediate on the horizon shall we say.

“Then I’m looking forward to a bit of golf and just chilling out getting a feel for things. I want to be as active as I can be really. I think that’s important for your own welfare.”

“I have the kind of precious memories which no amount of money can buy, like the 1999 win over England at Wembley and the Grand Slam campaign of 2005.” 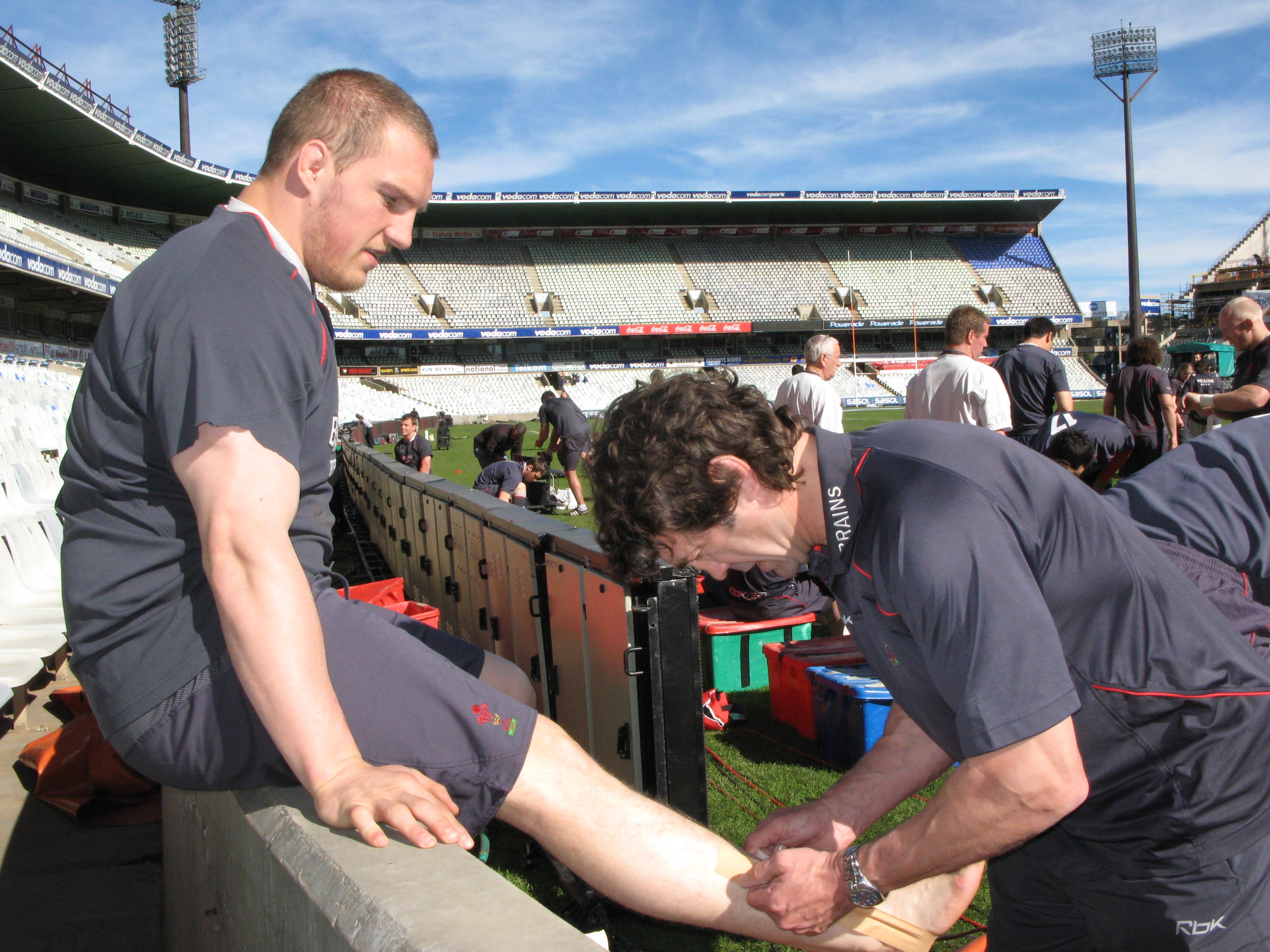 And while there are too many memories to single out one at the top, Davies is clear about what made the job so special, “I think the best thing about the job is the people you meet and the friends that you make really at the end of the day.

“The games are great highlights and they’re pinnacles to remember things from, but I think you make lasting friends in the game. For me obviously it’s been a lifelong experience, meeting up with friends and having very good memories to savour so that’s I think the thing that really stands out.

“I’ve been very fortunate to work with some great coaching and management teams and our own staff as well which is almost like a bit of a family. So it’s very poignant and very difficult to leave that environment in many respects.”

Davies’ final campaign for Wales was the recent three-Test series in South Africa and he received a fitting send off from the squad and backroom colleagues, “Yeah the boys and the management to be fair they made it very special for me.

“It was very nice in terms of a send-off and very humbling listening to people saying kind words about you. I’m self-deprecating in that sense, so all those things you know I take a lot of them very personally and really appreciate those comments.”

Wales head coach Wayne Pivac is one of 15 that Davies has worked with in his time in the national squad set up. Pivac believes Davies’ longevity is down to expertise and the person that he is. 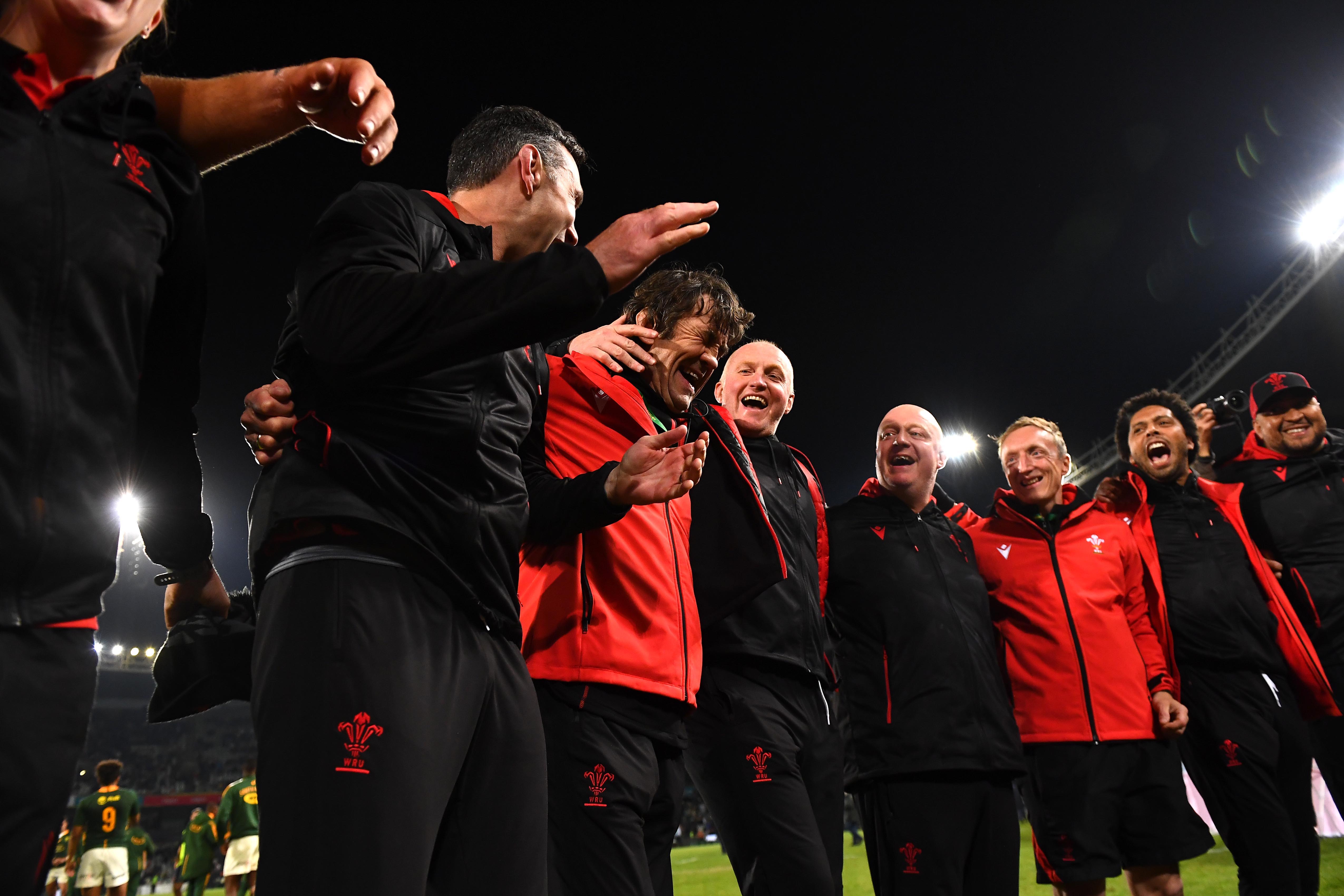 “The fact that Carc has been here as long as he has indicates that he has done a really good job. Someone that can go through the different eras and still be at the forefront of his game speaks volumes,” said Pivac.

“In the time I have been here, not only is he very good clinically but he’s also a really good bloke to have in and around the environment.

“He’s got a great sense of humour and no job is too big for him. He’d do anything he can to help the team, he’ll always put the team first.

“The players love him, the management love him and I think they broke the mould once Carc came into the position. In the area of his expertise he is a legend. Certainly a legend in Welsh rugby.

Pivac is one of many that will be very sad to see Davies retire, “I’d like to wish Carc all the best for his retirement and thank him for his time with us. I’ve enjoyed every single minute of it – the working side of it but he’s also a fantastic guy to have a beer with or a wine.

“He will be sorely missed by this group, but hopefully we’ll be catching up away from work on a regular basis and he’s welcome to come back in at any time.”

Key All Black raring to get back into action