The Ireland coaching group have named the 35 man squad that will travel to South Africa in late September to play in the Toyota Challenge. The Emerging Ireland panel will have a three day camp in the IRFU’s High Performance Centre in Dublin before flying to Bloemfontein to play against three Currie Cup sides – the Griquas, Pumas and Cheetahs.

Jamie Osborne and Tom Ahern have both trained with the senior Ireland squad as development players.

2022 U20 Six Nations Grand Slam winners James Culhane and Chay Mullins are included. James was named U20 Player of the Tournament while Chay has gone on to win a bronze medal at the Rugby World Cup Sevens in Cape Town. 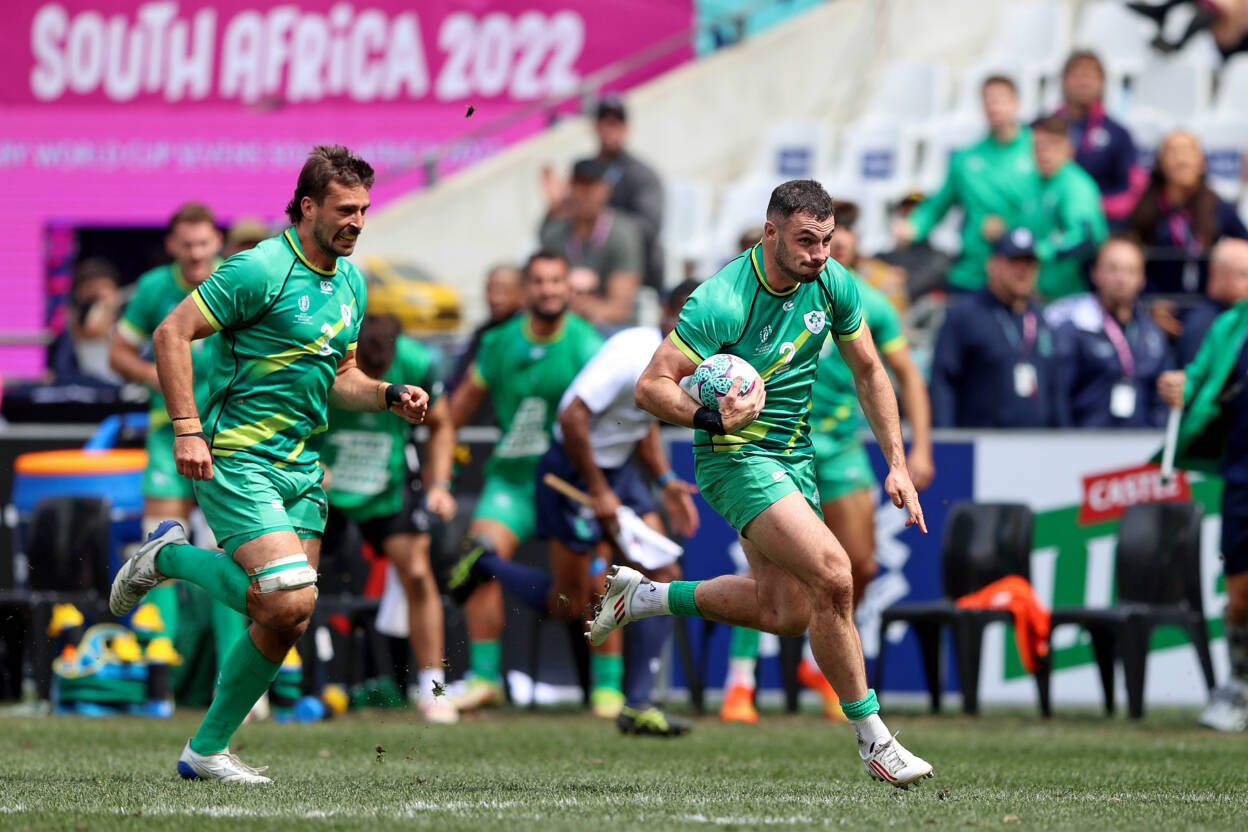 “This Emerging Ireland tour is of vital strategic importance in a Rugby World Cup year. It will put some stress on our player resources but it will provide an opportunity for emerging talent to impress the national coaches early in a World Cup season. As these players return to their provinces their progress can be monitored and supported so that they remain part of the national team picture.

The three games in Bloemfontein and the game against the All Blacks XV in Dublin provide an incredible opportunity for these players to gain experience in the national environment and force their way into the coaches’ thinking for the season ahead.”

Andy Farrell, Ireland Head Coach, commented: “This opportunity provides another window for players to develop and show they can thrive in the intensity of a national environment. It will be exciting to see which players step up and put themselves in the frame for a further opportunity to impress in November.

Simon Easterby, Emerging Ireland Head Coach, commented: “The coaching group are really excited about working with this squad and broadening the selection pool for the national team.

“We will look to replicate the national team environment and training intensity, so players get a good understanding of what it takes to perform at the highest level. The players will have to adapt to the national team’s tactical and technical approach in a very short window of time and deal with the pressure of performing in a green jersey.”

Boks expect Argentina to be a massive force at home

Bledisloe Cup as important as ever – Foster