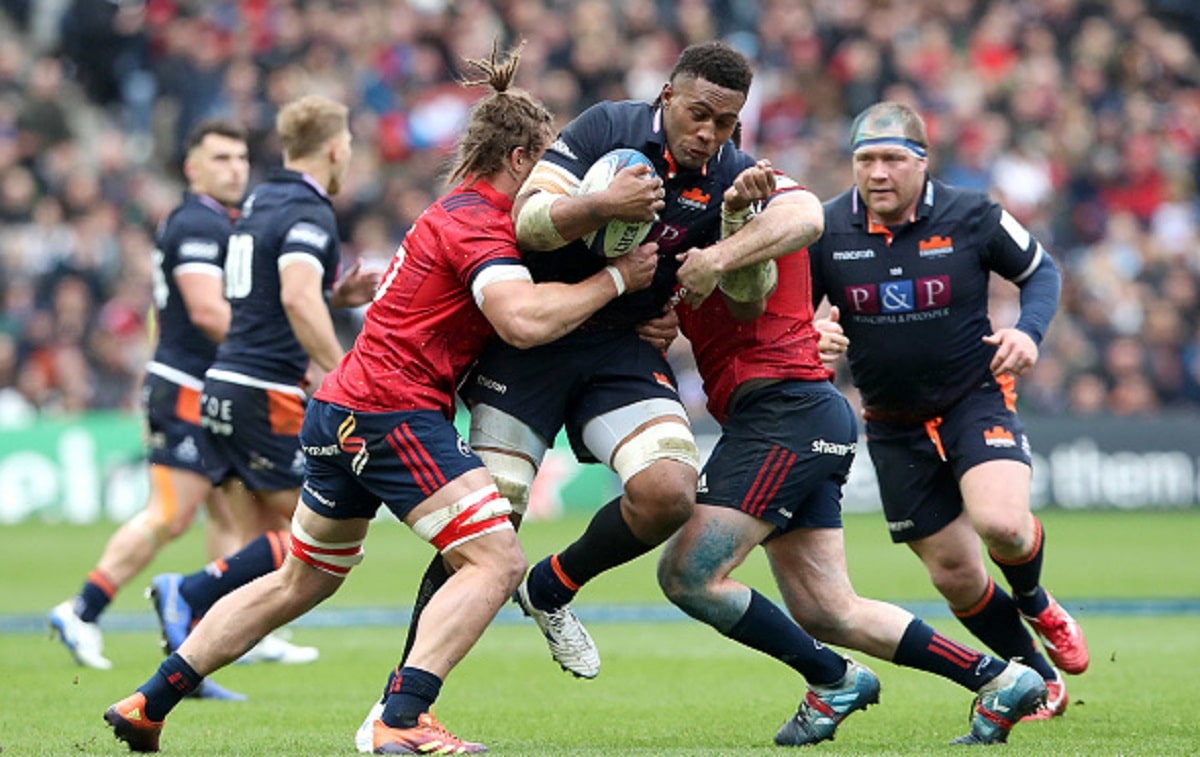 Edinburgh and Fiji No 8 Viliame ‘Big Bill’ Mata made his debut for the Barbarians last weekend and now his sights are firmly on a World Cup spot.

The electric No 8 was part of an entertaining match on Sunday which finished 51-43 in favour of an England XV and he believes that he can now push on after the experience.

“Making my debut last weekend for the Barbarians was a big step in my career. The Barbarians are known for world class players and being a part of the club is really exciting. The Barbarians have been going for many years with top quality players from around the globe coming together to make a world class team. Playing with a new group of players is what’s so exciting about becoming a Barbarian,” he said.

Mata thinks that playing the game has made him a better player and is looking at claiming a spot in Fiji’s talented World Cup squad.

“Every game for the Barbarians is massive and it’s all about putting on a world class show for the fans. Playing on such a big stage like Twickenham makes it even more special and helps build you as a player. The occasion makes you a better rugby player. My main goal now is to get into Fiji’s final squad for the 2019 Rugby World Cup and from there we will take every game as we go. We’ve got Australia in our first game so it’s going to be tough for us but we’re aiming to finish the tournament well,” he added.

Having been named the PRO 14 Player of the Year this season following some outstanding displays for Edinburgh, Mata is hoping to continue his current form and is thankful for what the Scottish side have done for him.

“I’ve had a good season with Edinburgh and the club has been really good to me. They like to use my strength and my talent on the field and putting out a game plan that suits me and my abilities well. Building up to the World Cup I want to take those performances and put them into the Fiji team,” he continued.

The Barbarians will return to Twickenham in November to take on Fiji and Mata finished up by saying he is excited by playing against the team he just made his debut for as his both sides play a similar style of rugby.

“Fiji and the Barbarians have a similar style of play, with less structure than most sides. We want to give the ball out wide and run from anywhere on the pitch. Hopefully I’ll be involved for Fiji when they return to Twickenham to play the Barbarians in November, after the World Cup. It’ll be a really fast match as both teams just love to play the game. There will be more action from those two sides than you’ll find in almost any other game,” he concluded.

Mata appears a certain name to be on the Fijian team sheet come the World Cup and with the nation ever improving in the XV’s game it could be a good year for them.

Sexton Still Believes Ireland can Peak at the World Cup