Springbok coach Jacques Nienaber made only two changes to his starting team for Saturday’s final round Castle Lager Rugby Championship Test against Argentina at Hollywoodbets Kings Park in Durban, while he also opted to name six forwards and two backs on the replacements bench.

Experienced utility back Frans Steyn will start at flyhalf in place of the injured Damian Willemse, while Pieter Steph du Toit returns to the starting lineup at flanker in place of Franco Mostert, who will provide an impact off the bench.

The notable changes amongst the replacements are the return of hooker Bongi Mbonambi, who makes a welcome return from a knee injury, and Kurt-Lee Arendse, who has completed his suspension following a dangerous tackle last month.

Mbonambi will be joined by strong reinforcements in Vincent Koch (prop) and Duane Vermeulen (No 8), who join Mostert and Kwagga Smith as the forwards on the bench.

Faf de Klerk and Arendse, meanwhile, will provide cover amongst the backs, with De Klerk earmarked as the back-up scrumhalf and flyhalf cover, while Arendse will cover fullback and wing depending on how the match unfolds.

Frans Steyn will start at flyhalf in place of the injured Damian Willemse.

The Springboks are currently level on 14 log points with New Zealand on the Castle Lager Rugby Championship log and trail the All Blacks by 13 points on points’ difference. The Boks, however, will know exactly what they need to do in the match to clinch the title when they take the field as the All Blacks will host Australia in Auckland earlier in the day.

“We showed in the first half last week what we are capable of and our fighting spirit in the dying minutes was admirable,” said Nienaber.

“That made it easy for us to opt for continuity in selection in the starting lineup. Obviously the one change was injury enforced as Damian Willemse has been ruled out due to concussion, and we were pleased the calmness Frans Steyn brought at flyhalf when Damian left the field.

“The energy and enthusiasm Pieter-Steph has been showing at training has also been great, and we know what he is capable of in this loose trio, so I am sure he will make an impact among the loose forwards.”

Bongi Mbonambi has recovered from injury and is back in the Boks’ match-23.

Of the decision to name a split of six forwards and two backs on the bench, Nienaber said: “We know what challenges Argentina will pose and we feel that this would be the best option for us for this match specifically.

“We have a group of hungry and talented players serving in the bomb squad this week and every player in the match day squad knows what is expected of them if we want to win the Castle Lager Rugby Championship.”

With the match essentially a final, Nienaber admitted that his team were ready for an epic battle, especially with Argentina and Australia also still in the title race depending on the outcome of the two matches.

“We viewed last week as a semi-final and this week as a final, but Argentina are a team that do not give an inch, and they never stop fighting as we saw last week,” said Nienaber.

“They defeated New Zealand away from home against the odds and they registered a convincing victory against Australia at home, so we know we are in for a massive battle. 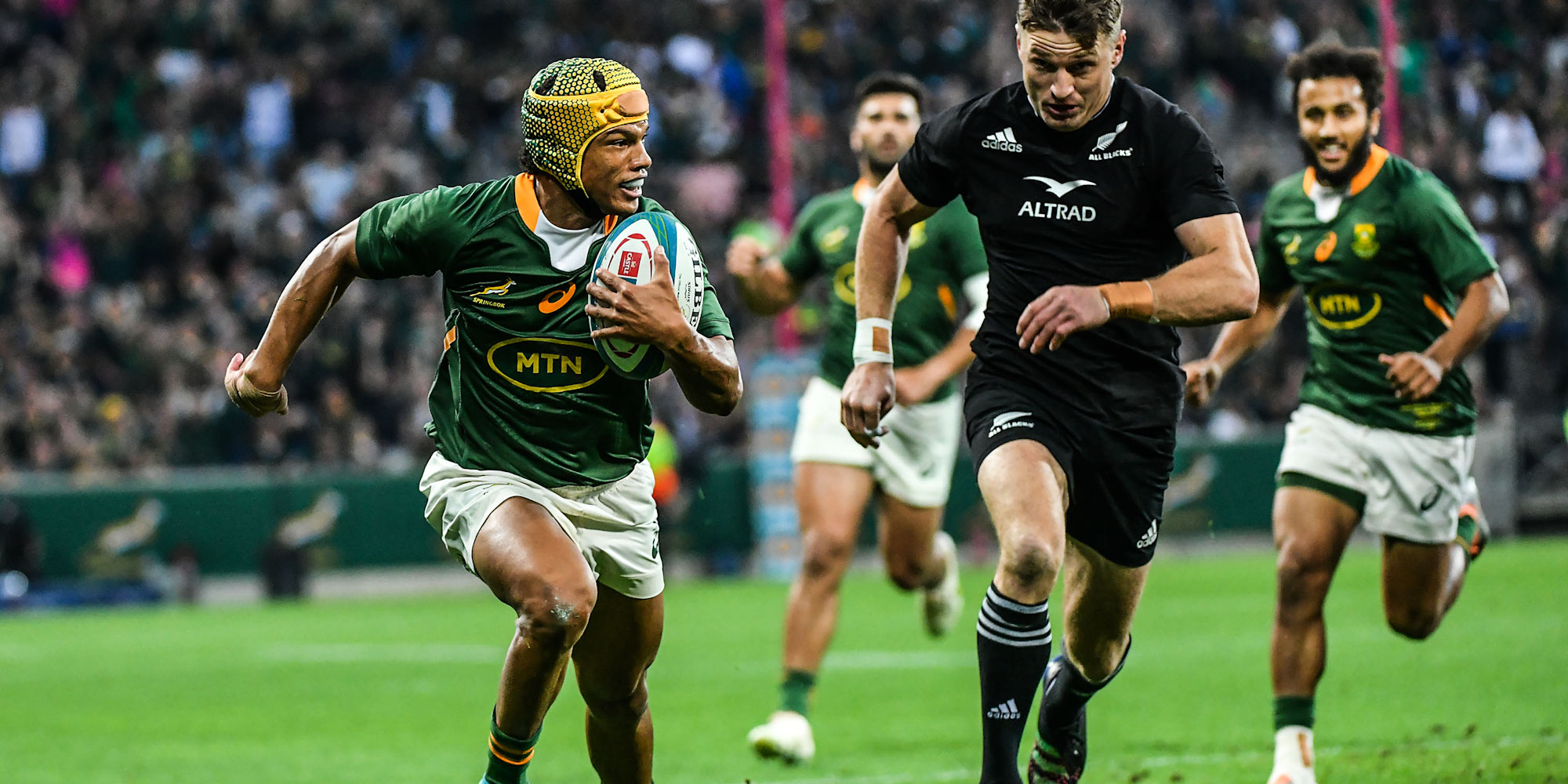 Kurt-Lee Arendse is back from suspension.

“There will be a few keys to victory this week, and these include set piece dominance, using our opportunities and ensuring that we do the right things in specific areas of the field.

“It is all or nothing for us this week, and we have a team with several players who have won the Rugby World Cup and the British & Irish Lions Series, so they know it will take nothing less than a quality 80-minute effort to win this match and the competition.”

Nienaber expected another bruising battle against Los Pumas and said: “They are one of the teams whose patriotism radiates in their performances. They are strong in the set pieces and have talented backs and they will challenge us in every department.

“They also never give up, as they showed in the second half last week to bounce back from 22-6 down to 22-20, and they will draw a lot of confidence from that going into this match.

“This is a massive game for both teams, so we need to be switched on mentally and physically from start to end of the match.” 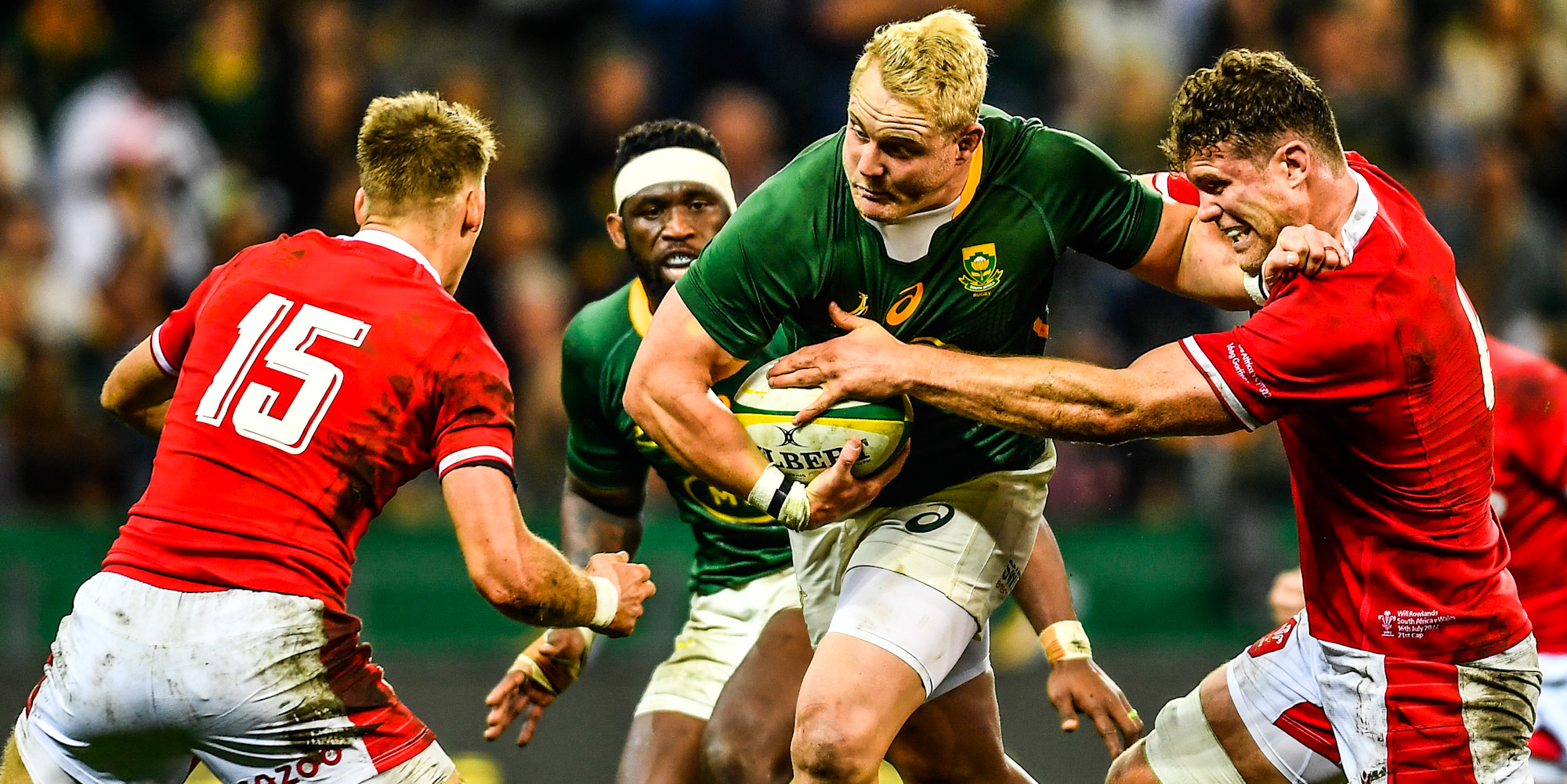 Vincent Koch will again provide cover off the bench.