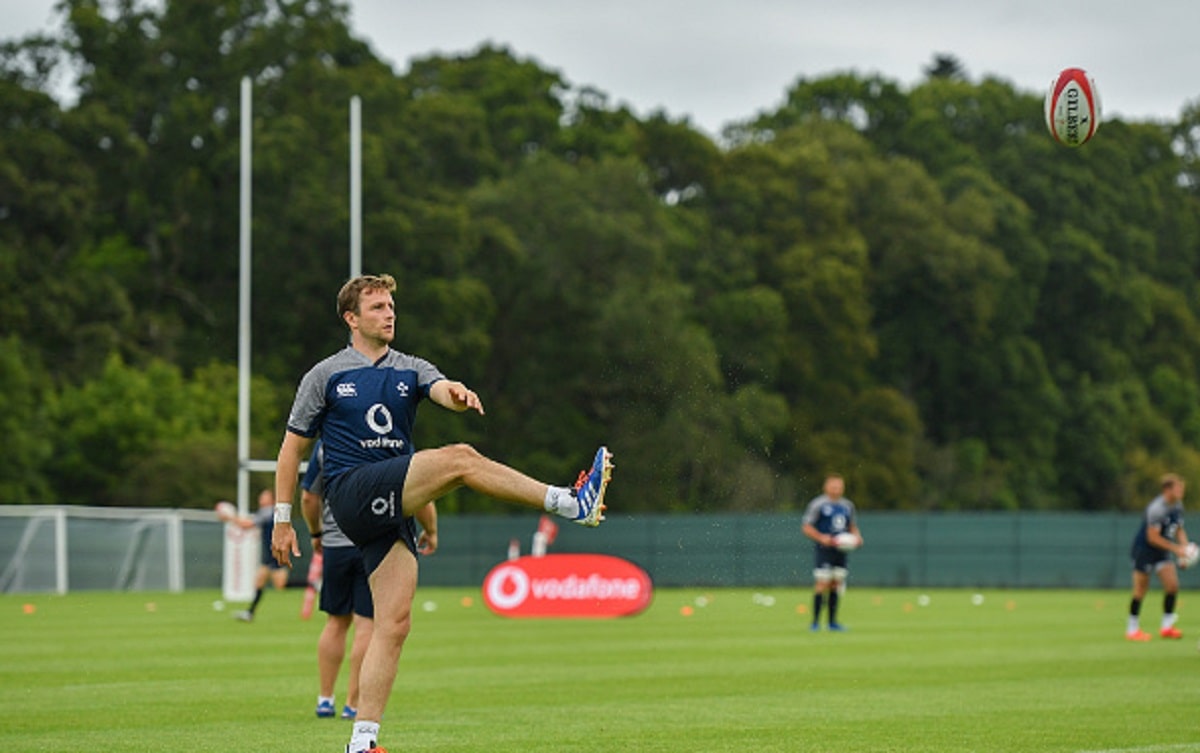 Jack Carty is set to start at fly-half for Ireland against Wales this Saturday at the Principality Stadium according to reports in Ireland.

It is reported that Carty will be one of several changes to the side that were thrashed 57-15 by England last Saturday.

Fellow Connacht player Kieran Marmion is expected to partner Carty in the half-backs with Luke McGrath on the bench as regular scrum-half Conor Murray to be rested.

There is a possibility that the normal front-three of Cian Healy, Rory Best and Tadhg Furlong being replaced by Dave Kilcoyne, Niall Scannell and John Ryan in what would be a fully Munster front-row.

James Ryan is to be brought back into the second-row and is likely to be partnered by Iain Henderson or Devin Toner.

It looks like Peter O’Mahony will captain the side from openside flanker, while Tadhg Beirne is to be placed at blindside flanker, with Leinster star Jack Conan is to slot in at No 8.

Bundee Aki will retain his jersey at 12 and could be joined in the centre by Chris Farrell, while Jacob Stockdale, Andrew Conway and Will Addison to make up the back-three.

Joe Schmidt will name his team to face the Welsh tomorrow as he will look to get his side up and running again following a disappointing start to their World Cup warm-up games as many of these players will be given their final chance to stake a claim for a ticket on the plane to Japan.