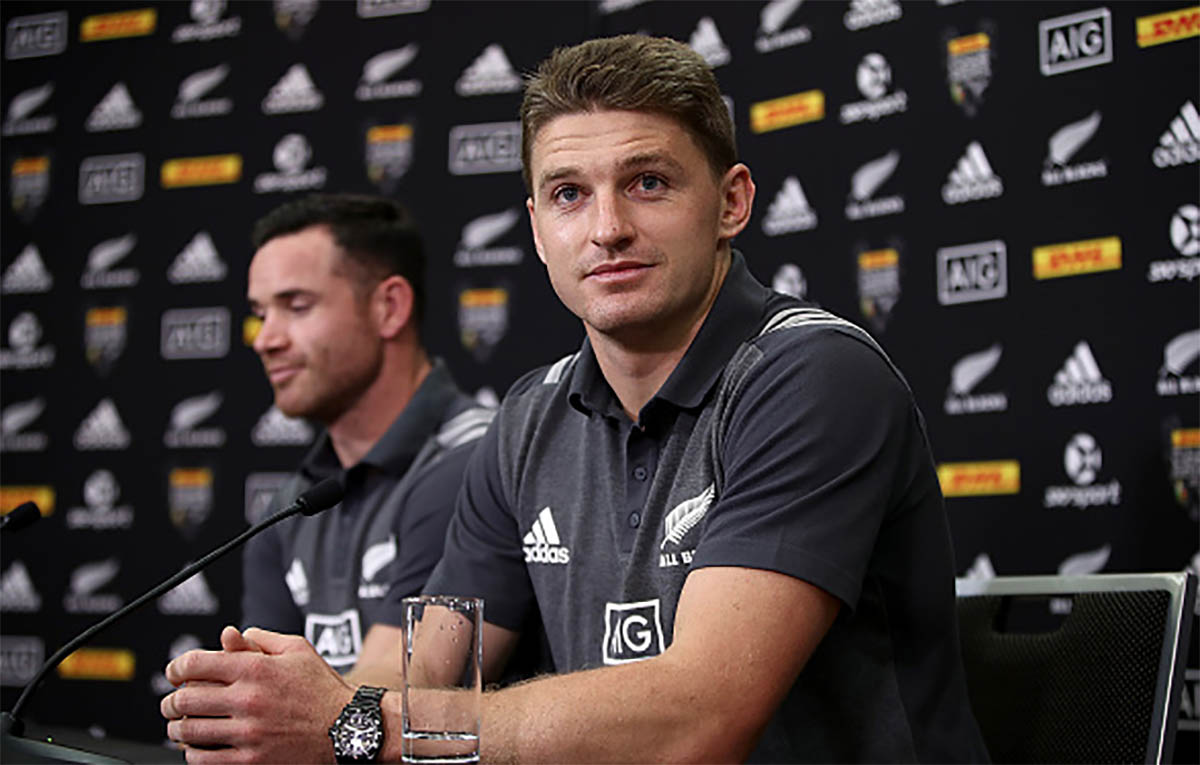 Beauden Barrett has confirmed that he has signed a new four-year deal with New Zealand Rugby that will see him stay in the country until 2023.

The deal also secures a switch from the Hurricanes to the Blues, with the deal tying Barrett down until after the 2023 Rugby World Cup.

The 73-cap All Black is delighted to have finally been able to announce his decision following months of speculation.

“This is obviously a massive decision for me and my wife Hannah and we’re really looking forward to the next chapter of our lives. The Hurricanes will always be a huge part of who I am. The Hurricanes environment and style of rugby they play has helped me become the player I am today, and I’ll be leaving some very good mates,” he said.

Having turned out for the Hurricanes 125 times since 2011 the club has become a huge part of his life however, he is excited about the prospect of moving on.

“Wellington has been my rugby base for many years and university base for Hannah and we’ll always have fond memories of living there. Home for us now is Taranaki and Auckland and home and family are immensely important to both of us. I’m also enthusiastic about the new challenge I’ll get with the Blues over the next four years. They’re a team on the rise, I like the way they play and I’m really looking forward to being a part of that. While I’m looking forward to what the future holds, right now my focus is on the international season ahead with the All Blacks,” he added.

The 28-year-old has won two World Rugby Player of the Year awards in his career so far and NZR CEO Steve Tew noted this while talking about his joy at having Barrett stay in New Zealand.

“We are absolutely delighted that Beauden has committed to four more years with New Zealand Rugby. He joins a strong core of experienced Test players who are now with us leading into the 2023 Rugby World Cup. There is no doubting how important he is to the All Blacks and every team he plays for. As well as his on-field achievements, including back-to-back World Rugby Player of the Year awards in 2016-2017, he has also amassed numerous records, including being fourth on the All Blacks Test points-scoring list. He is now a genuine leader in any team he plays and a strong contributor to our off-field responsibilities. We all look forward to seeing him back in black for the international season and also wish him all the best with his move to the Blues next year,” he said.

The contract Barrett has signed allows him extra time off following the World Cup meaning he won’t join his new side until half-way through the 2020 season. It also includes a clause that states Barrett can take time at any point over the course of the four years to play rugby in Japan as long as it’s agreed among all parties.

All Blacks head coach Steve Hansen believes that knowing Barrett is on board for another four-years is a massive boost for the All Blacks squad.

“It’s fantastic news for the All Blacks and obviously for the Blues as well and we congratulate Beaudy and his wife Hannah on his decision to stay in New Zealand. He’s one of the best players in the world, a leader in our team and has been involved in numerous successful campaigns, from Rugby World Cups to Bledisloe Cups, and I believe he’s going to get even better. Knowing he will be here through to the 2023 Rugby World Cup is massive for the All Blacks as they move into a new phase post-2019,” he said.

Barrett’s commitment to his country and the Super Rugby is a real boost for fans too, who have seen a number of high-profile names turn to the Japanese Top League for financial reasons. Barrett will be hoping to celebrate his new contract with a good showing in the Rugby Championship before attempting to add a third World Cup in a row to the All Blacks cabinet.