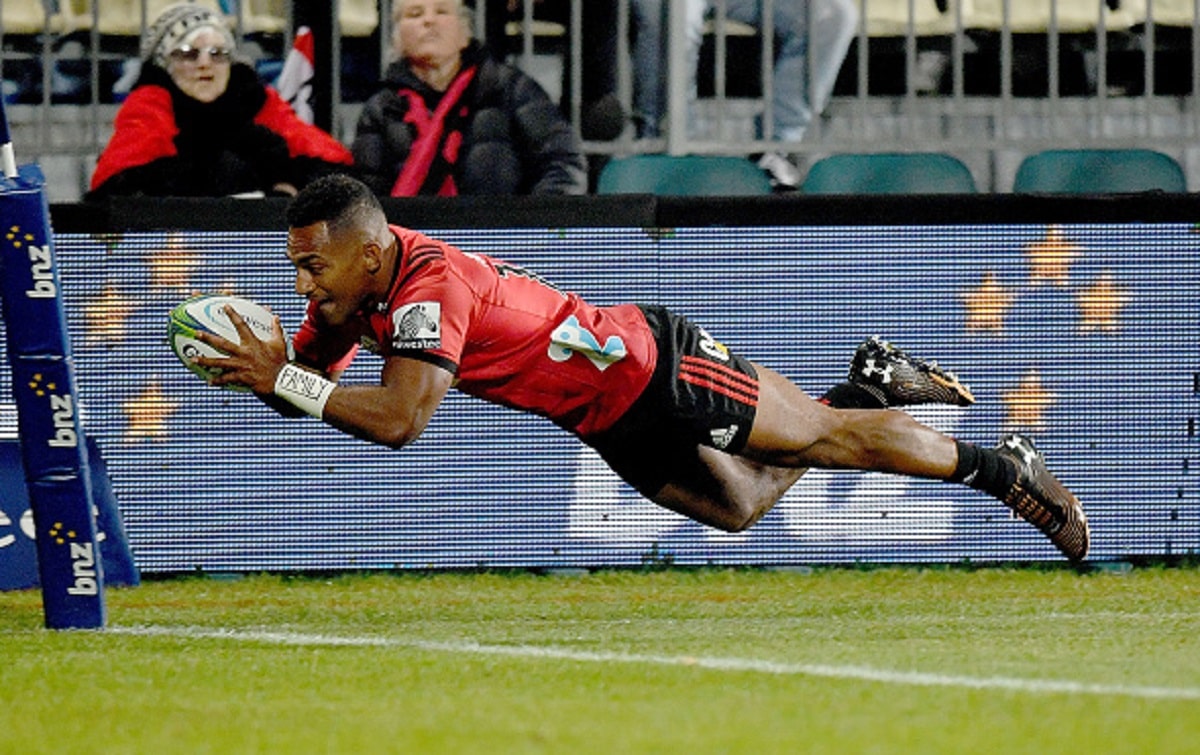 All Blacks back-liner Sevu Reece has signed a contract extension with New Zealand Rugby and the Crusaders it has been confirmed.

The 22-year-old has agreed a contract extension until 2022 after he had a breakthrough last season, after being initially brought in by the Crusaders as a back-up before becoming a key member of the squad and being handed a full-time contract.

He went on to finish as the top try-scorer in last year’s Super Rugby campaign as he notched up 15 tries and he said that the decision to extend was a no brainer.

“2019 was a surreal season for me with the Crusaders and All Blacks, so it was an easy decision to extend my time with the Crusaders club and continue to push for higher honours. I’m loving my rugby at the moment and have had the opportunity to work with some amazing players and coaches, who have inspired me on and off the field. I’m really looking forward to what the 2020 season has in store,” he said.

With the help of Reece the Crusaders managed to secure a third successive Super Rugby title and head coach Scott Robertson is looking forward to having him on board for a bit longer.

“Sevu is a special player, and we’re excited that he’s extended his time with the Crusaders and New Zealand Rugby. He was our 2019 Rookie of the Year, who slotted into our environment seamlessly and took Super Rugby by storm with an outstanding debut season. I’m excited to work with him again this season and watch him go from strength to strength,” he said.

Reece’s form for the franchise led to a call-up to the All Blacks and he has gone on to win a total of seven caps for the Kiwis, scoring four tries to date and being included in their Rugby World Cup squad last year.

It is a big boost for both the national side and his franchise as they look to compete for further honours in the coming years, but first up for Reece and the Crusaders is a visit to face the Chiefs in round two of this year’s Super Rugby as they attempt to make it four titles in a row.

IRFU Pin Down Another Key Man

Andy Farrell and his coaching team have assembled a group of 50 players for a one day camp at the IRFU’s High Performance Centre at the Sport Ireland Campus in Dublin.

The Ireland men’s squad have an action packed 12 months ahead with games against  Japan, New Zealand and Argentina at the Aviva Stadium in the Autumn Nations Series in November.

In February and March there are tricky away games against England and France in the 2022 Six Nations Championships while Ireland host Wales, Italy and Scotland at the Aviva Stadium.

In July 2022 the team are also due to play a three Test tour against the All Blacks in New Zealand.

Also during this period Jack Conan, Tadgh Furlong and Robbie Henshaw started all three Tests for the British and Irish Lions against South Africa while Conor Murray featured in all three games starting the second Test.  Tadhg Beirne was a replacement in the first two Tests and Bundee Aki started the series decider.

Ireland’s Autumn Nations Series games at the Aviva Stadium will be televised on RTE (ROI) and Channel 4 (NI).  The IRFU will finalise stadium capacity for these games following direction from government in October. 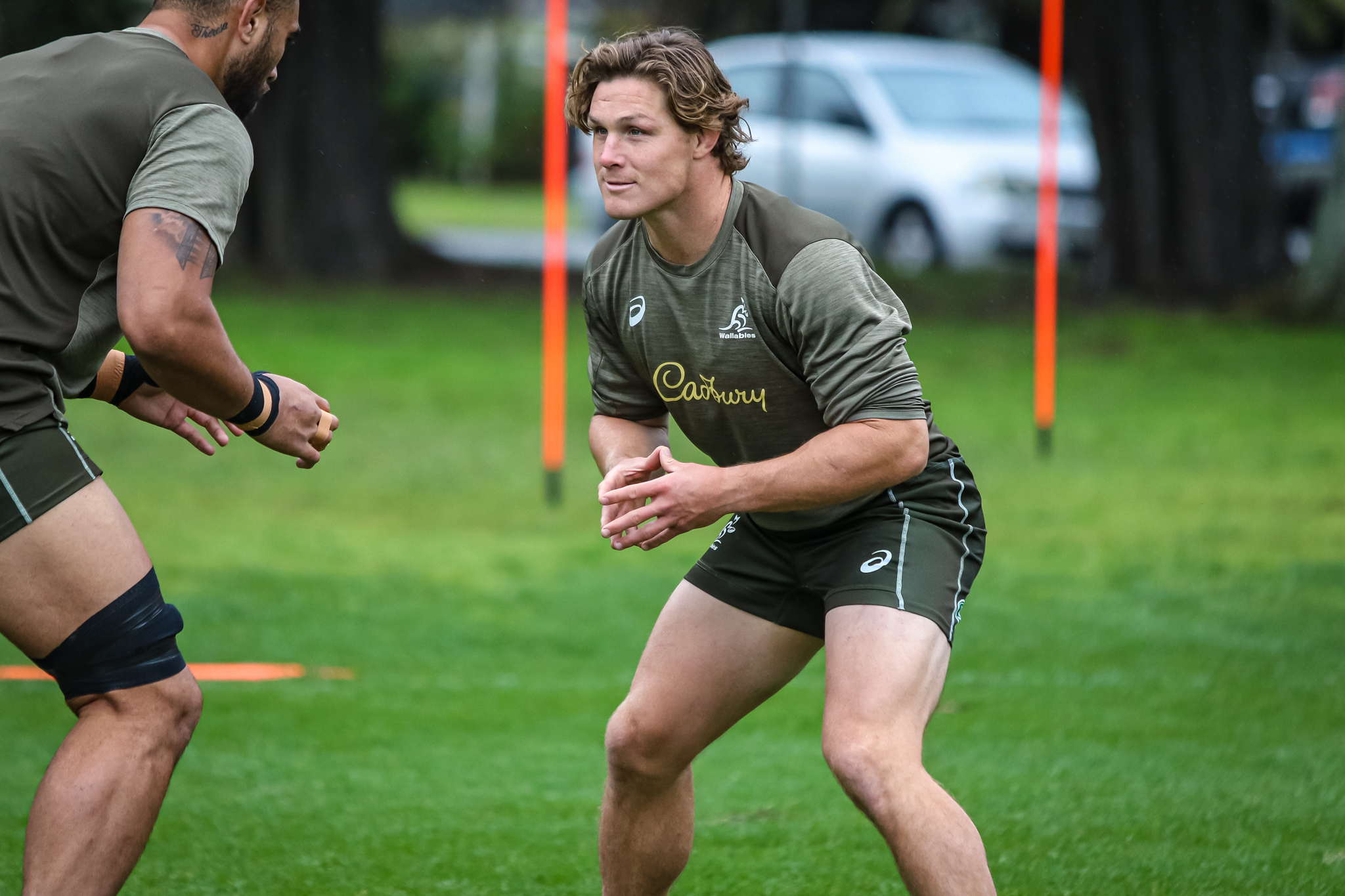 Michael Hooper will surpass George Gregan for the most Tests as Wallabies captain when he leads the side out in Saturday’s eToro Rugby Championship clash with South Africa at Suncorp Stadium.

The 29-year-old will skipper the side for the 60th time in Brisbane after first captaining Australia as a 22-year-old in 2014, which made Hooper the third youngest Wallabies leader of all time.

Since making his International debut in 2012, Hooper has gone on to play 112 Tests for his country and will start in a settled back row alongside Lachlan Swinton at blindside flanker and no.8 Rob Valetini.

Fellow centurion James Slipper returns to the run-on side alongside Taniela Tupou who earns a second start in 2021 at his home ground, with Folau Fainga’a finalising the front row at hooker.

Izack Rodda will continue his impressive return to the Test arena, again partnering Matt Philip in the second row at Suncorp Stadium.

Brumbies number nine Nic White is the only change to the backline, earning his first start for the year and reigniting his partnership with last week’s match-winner Quade Cooper in the halves.

The damaging midfield duo of Samu Kerevi and Len Ikitau will get another chance to build their combination at inside and outside centre respectively.

Tom Banks has again been named at fullback with the 27-year-old having worn the number 15 jersey in every game for the Wallabies this year. He’s joined in the back three by Marika Koroibete and the in-form Andrew Kellaway.

Western Force regular Feleti Kaitu’u will get another opportunity after an impressive Test debut in last weekend’s win, while club teammate Tom Robertson returns to the Wallabies side for the first time since 2018. Angus Bell is the other replacement prop.

Darcy Swain has recovered from a foot injury to reclaim his spot in the match day 23 as the second row replacement with his Brumbies teammate Pete Samu the remaining forward cover.

Tate McDermott will provide his trademark spark as the finishing scrumhalf with Reece Hodge also set to add his versatility from the pine. Brisbane local Jordan Petaia rounds out the matchday 23.

Suncorp Stadium has proven a happy hunting ground for the Wallabies in recent years, with Australia having won eight straight Tests at the venue since 2016.

A victory against the reigning world champions on Saturday night would also secure the Nelson Mandela Challenge Plate for the Wallabies.

Last weekend’s victory over the world’s number one side has helped Australia rise in the rankings, with the Wallabies now fifth.

Wallabies coach Dave Rennie said: “It’s an incredible milestone for Hoops on Saturday evening in Brisbane and it’s a testament to him as a person and a player.”

“I’ve been so impressed with his leadership both on and off the field and his drive to be better every day.

“We were really proud of the effort from our men last Sunday and we’re well aware of the ferocity that a wounded Springboks outfit will bring to Suncorp Stadium.”

Tickets for the eToro Rugby Championship are available via wallabies.rugby.

Hospitality packages are on sale now. Private suites, corporate boxes and functions are available for fans who want to enhance their Test match experience. 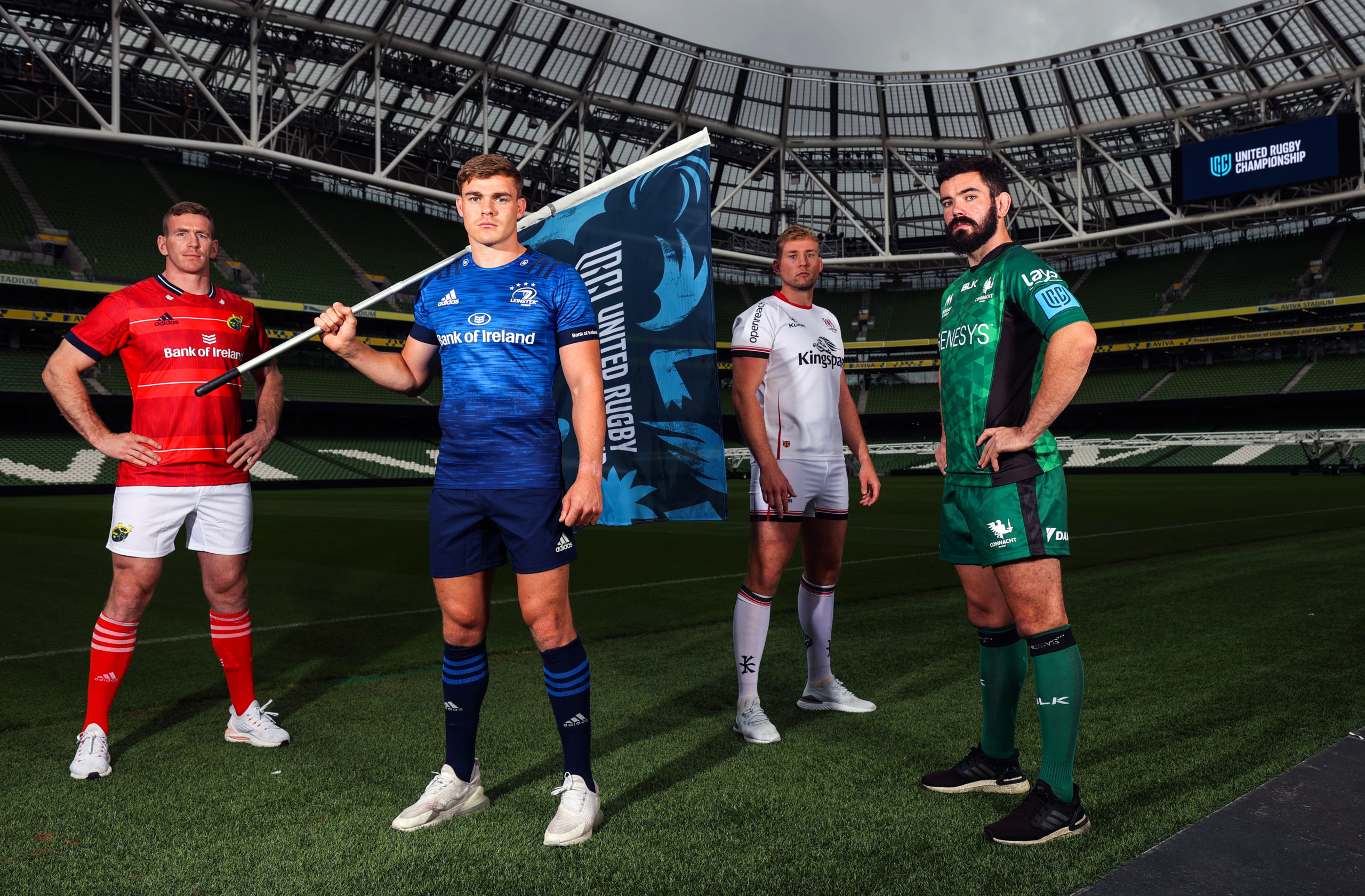 Mandatory Credit ©INPHO/Dan Sheridan
As the brand new United Rugby Championship was officially launched yesterday, RTÉ and TG4 have confirmed that together they will deliver over 150 hours of URC action to Irish audiences free-to-air.

RTÉ and TG4‘s live free-to-air coverage of the new United Rugby Championship begins with Connacht live on TG4 on Friday, September 24, followed by an action-packed Saturday (September 25) as Leinster are live on TG4, and Munster live on RTÉ.

RTÉ will broadcast live television, radio and online coverage of 26 games featuring the provinces in the league, plus additional knockout matches. There will also be extensive highlights and analysis each week on Against the Head on RTÉ 2 and the RTÉ Player. 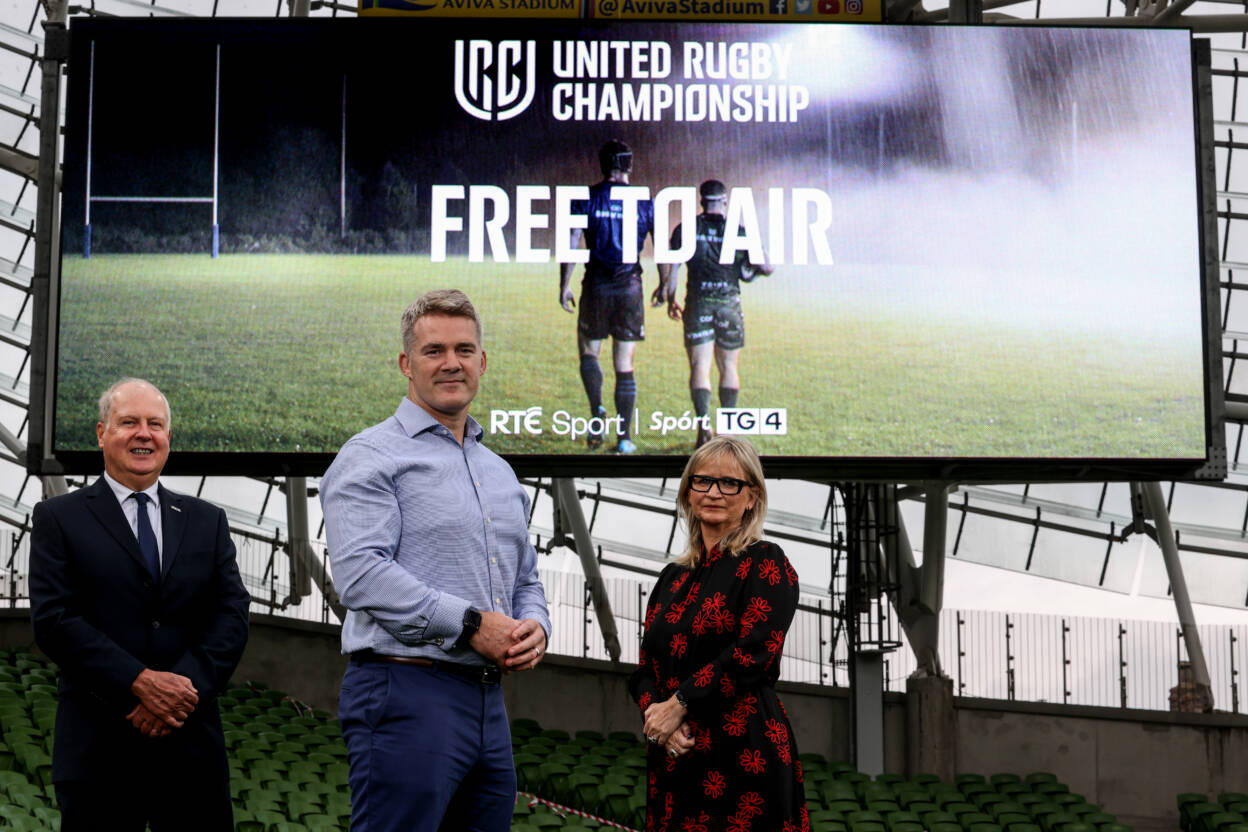 TG4’s Rugbaí Beo will continue to be the station’s flagship rugby programme and will broadcast 26 games involving the Irish teams, and an additional 16 games featuring international club sides.

Spórt TG4 will also have exclusive behind-the-scenes action from the competition across its social media channels.

The United Rugby Championship final will also be delivered free-to-air with RTÉ and TG4 broadcasting it live on alternate years.

The RTÉ/TG4 joint broadcast output contract has been awarded to Iris Productions. The Galway-based production company spearheaded many innovations in their previous rugby coverage on TG4, including behind-the-scenes referee briefings and audio-snoops on coaches and players. NEP Ireland will provide OB facilities. 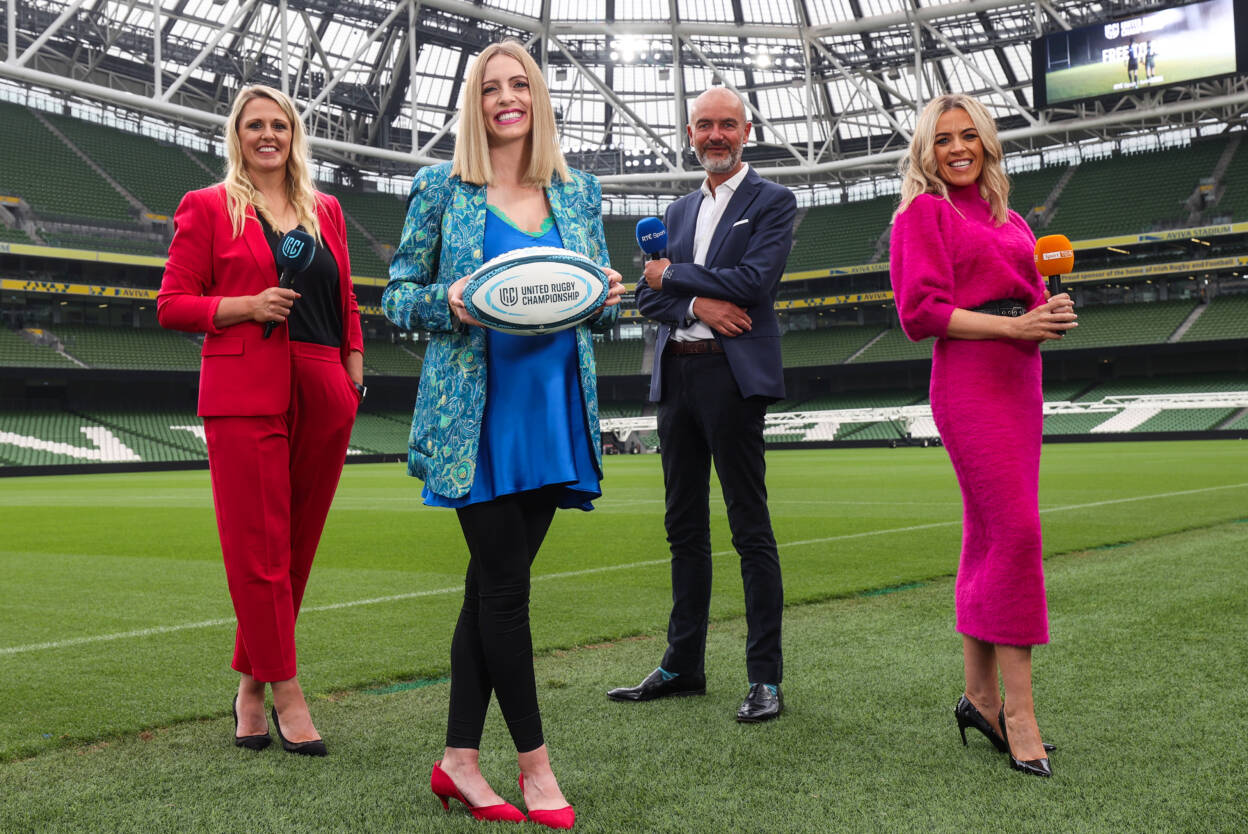 Rónán O Coisdealbha, TG4’s Head of Sport, commented: “TG4 has been bringing interprovincial rugby to Irish audiences since the first days of the Celtic League in 2001, and we are looking forward to taking this next step with the URC and to see the South Africa ‘Super’ teams become part of our Rugbaí Beo line-up.

“This partnership with RTÉ galvanises TG4’s commitment to provide the best of sporting action to our audiences, and to making that coverage free-to-air and accessible to all fans.”

RTÉ’s Group Head of Sport, Declan McBennett, said: “Being in a position to provide free-to-air coverage of the provinces to our audience in the newly reconstituted URC allows us to ensure our best rugby players are seen, and seen to inspire future generations who want to one day wear their provincial and national jersey.”

Martin Anayi, the United Rugby Championship’s CEO, added: “The widespread return of URC and the provinces to free-to-air television in Ireland is a real cause for excitement.

“We can’t wait for that energy to be unleashed on the opening weekend with some cracking games on RTÉ and TG4 involving Leinster and Munster against two of South Africa’s heavyweights in the Vodacom Bulls and the Cell C Sharks.

“We have talked about the potential of our new partnership with RTÉ and TG4 and now we get to see if come to life in a week’s time.”

Match commentary will be provided by Garry Mac Donncha, Gemma Ní Choinnaith will take over presenting duties from Máire Treasa while she is on maternity leave later in the year.

URC coverage will get underway on TG4 with a bumper weekend of action. On Friday, September 24,,Connacht travel to Wales to take on Cardiff Rugby (kick-off 7.35pm, TG4 & TG4 Player).

RTÉ’s URC Live will be presented by Jacqui Hurley and Daire O’Brien with a top-class line-up of panellists.

RTÉ’s URC Live kicks off on Saturday, September 25 on RTÉ 2 and RTÉ Player with Jacqui Hurley live from Thomond Park as Munster begin their campaign against the Cell C Sharks. Donal Lenihan will be alongside Hugh Cahill on commentary.

RTÉ Radio 1 and RTÉ 2fm will have full live commentary on the key games involving the provinces as well as reports, analysis, and interviews throughout the season.