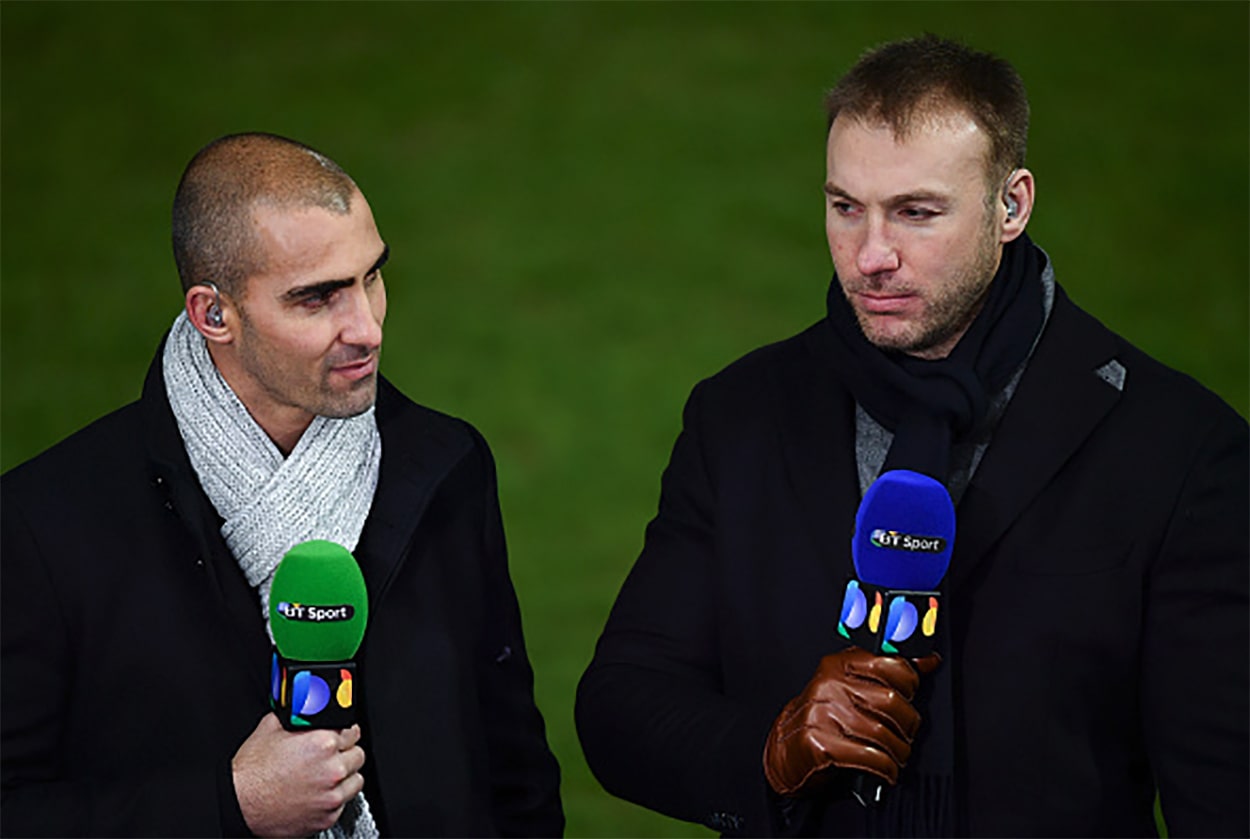 Former British & Irish Lions, Ireland & Ulster back rower has been a regular on our TV’s over the years since his premature retirement in 2014. Ferris (33) has had regular gigs across lots of channels over the years, being a regular on BBC, Sky, RTE and BT Sports.

The Ulsterman is never shy to air his views and was very vocal in his criticism of Ulster over the last couple of seasons with many seeing him as a figure head in the #LoganOut campaign. Many Ulster fans took to social media to air their grievances with the former Ulster CEO Shane Logan over the handling of the Jackson / Olding situation and the unfulfilled promises he made when taking on the role of CEO.

It was Scarlets fans who took umbrage with Ferris last night with many unhappy with his commentary during the Ulster v Scarlets match in Belfast (Ps – our prediction on ?)

Others… well, they were a little harsher.

Thank god you said that thought it was just me! Turned off after 20 mins @btsportrugby

Glad it’s doing ur head in too @SanjayWills

He really got on my nerves, talk about unbiased commentary

Was he really that bias? Or perhaps this guy hit the nail on head.

All the scarlets fans sulking cos ulster won 10 nil ?????

Or perhaps, Scarlets fans still remember this try from the big man.

You have a nerve lad, been having to listen to Jiffy commentating on International rugby for the last 20 years

“Following a conference call on Monday, the EPCR board can reconfirm the suspension of this season’s Heineken Champions Cup and Challenge Cup tournaments and has furthermore decided to postpone the semi-final matches, as well as the 2020 Marseille finals, which were due to be played on the weekends of 1/2/3 May and 22/23 May respectively. In making the decision, the board is abiding by the official directives and recommendations of the relevant authorities in its territories to restrict the Covid-19 pandemic. In light of the earlier postponement of its quarter-final matches and with fixtures in Europe’s professional league competitions currently suspended due to the public health crisis, EPCR believes it necessary to provide as much clarity as possible to all stakeholders regarding the knockout stages of its tournaments. To that end, EPCR is working with the leagues and unions to restructure a conclusion to its season as part of a wider rescheduling of the remainder of the season in Europe, with all contingencies underpinned by the requirement to protect the health and welfare of players, club staff, match officials, supporters and the wider rugby community.  EPCR remains committed to completing the 2019/20 Heineken Champions Cup and Challenge Cup season, and it is planned to reschedule the quarter-final and semi-final matches, as well as the Marseille finals, in line with fixtures in the professional league competitions, subject to advice from government and local authorities,” the statement read.

However, even with this announcement it is hard to see when they will conclude the European season as all domestic leagues have been suspended until further notice and the clock is ticking toward the start of next season as it appears unlikely that any rugby will be played in the foreseeable future.