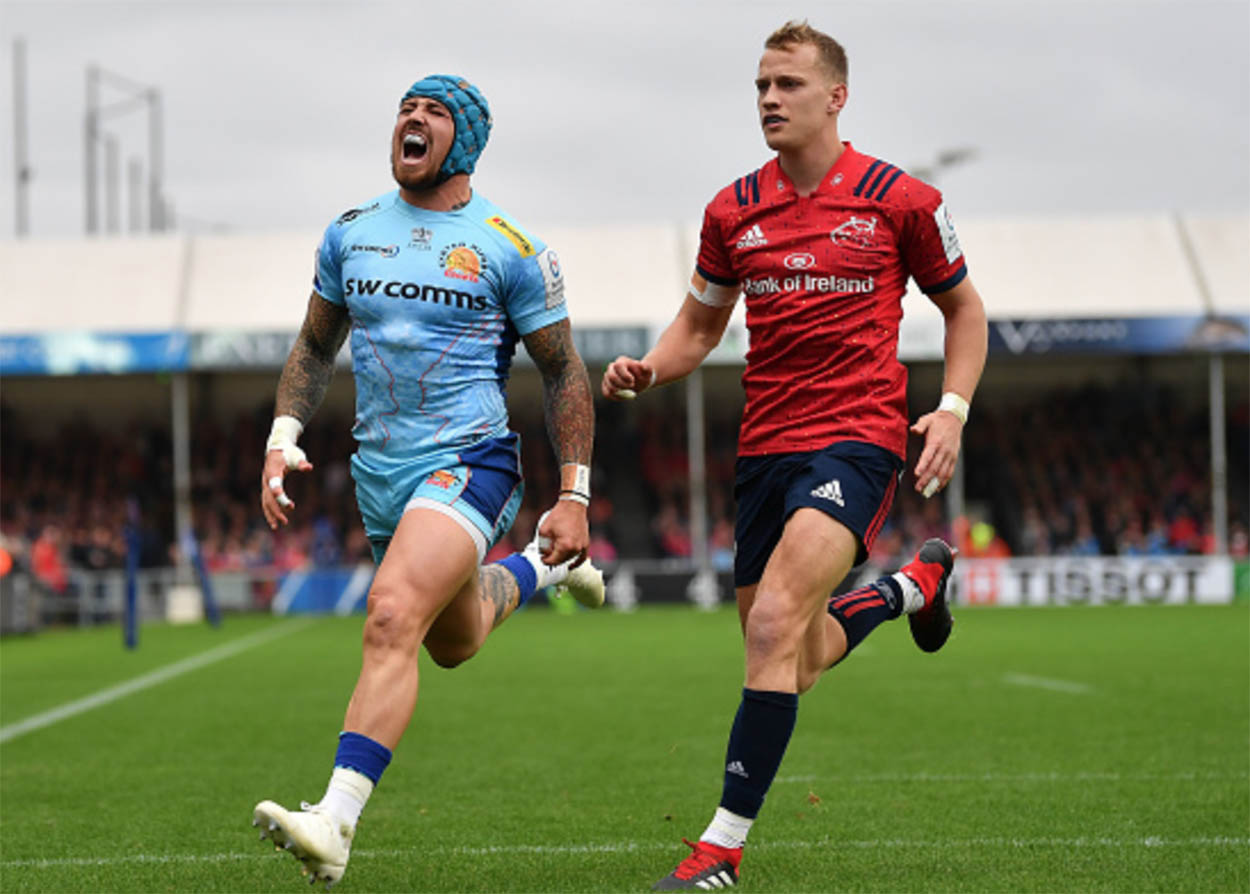 On Saturday at 17:30, a sold-out Thomond Park will see Pool 2 leaders Munster take on Exeter for a place in the Heineken Champions Cup quarter-finals.

Munster head into the game on 17 points, 4 ahead of their opponents, knowing anything other then a loss will see them through.

Exeter are looking to become the first team in the competitions history to be winless after the first three pool games and still qualify. They are coming into the match after back to back bonus point victories against Gloucester and Castres.

Last weekend’s impressive 34-12 over the French giants ensured that they kept their faith in their own hands in the final round of pool fixtures.

Their revival will have its biggest challenge yet on Saturday, as Munster come into the game following their 41-15 demolition of Gloucester and confidence flying high.

In team news, Munster’s Peter O’Mahony has been passed fit to play after popping a rib in the win last weekend, and he will captain the side from the flank.

Here is your Munster team to face Exeter Chiefs at Thomond Park in the Champions Cup tomorrow (5.30pm).

Munster’s only change sees John Ryan come in for Stephan Archer, who in turn has a place on the bench.

Meaning Joey Carbery remains at No.10 following his 26 point man of the match performance last time out and will be looking to continue his fine form heading into the 6 Nations.

The Exeter Chiefs also have one change to their side with Harry Williams coming in for Tomas Francais, who misses out due to illness.

Jack Nowell starts at full-back, after England coach Eddie Jones claimed earlier in the week, that he may start him as an openside flanker during the 6 Nations.

The British & Irish Lion was awarded ‘Try of the Round’ for this effort last weekend against Castres.

#ICYMI @ExeterChiefs winger @nowellsy15 won Try of the Round (5) for this scintillating score ?

Back from injury, he hot-footed through the @CastresRugby to touch down in the opening minutes as Chiefs got back on track in the #ChampionsCup ?

Here’s how the Chiefs will line up.

Chiefs director of rugby, Rob Baxter, has admitted the task his side face is a hard one, but everything is to fight for despite the challenge.

“We know we have to force that separation of either a 4-0 or 5-1 victory. We’re very much aware of that and how tough that makes it for us. However, there is still something tangible there for us to go out and fight for”

Saturday evening will see two top sides battle it out for a quarter-final spot.

The reality is that Exeter must overcome their biggest challenge yet as they head to Thomond Park for the first time, but one thing is for sure Munster won’t have it all their own way.

We’ve made our prediction for the game and all the other Pool 6 Fixtures here, check them out and let us know what you think.

Worry for England as Saracens star withdrawn from Glasgow clash