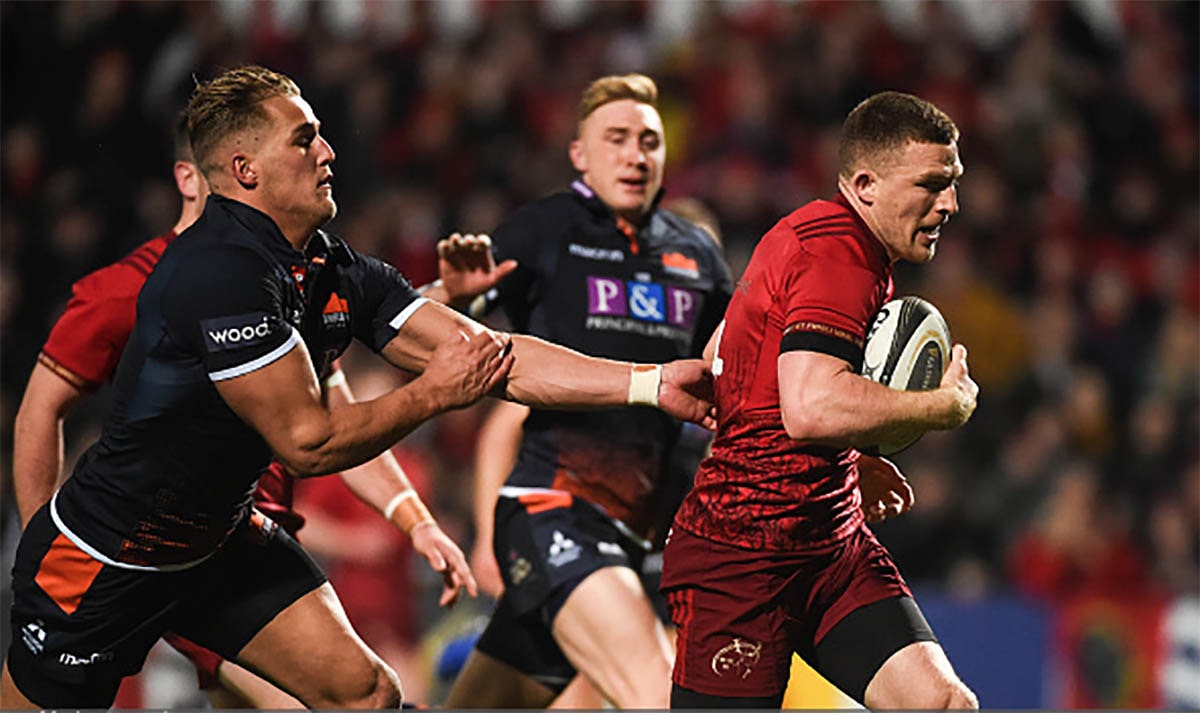 Peter O’Mahony returns to captain the side as one of 11 changes to the team that defeated Zebre in the Guinness PRO14 last weekend.

Joey Carbery has recovered from a hamstring injury and returns to the backline along with Andrew Conway, Chris Farrell, Keith Earls and Conor Murray.

The six changes in the pack see Dave Kilcoyne, Niall Scannell and John Ryan pack down in the front row with locks Jean Kleyn and Tadhg Beirne also returning alongside flanker O’Mahony.

Mike Haley starts at full-back with Conway and Earls on either flank. Rory Scannell is joined by Farrell in the centres with Murray and Carbery in the half-backs.

Jack O’Donoghue makes his first Champions Cup start of the season in the back row having made his full return from injury last week. CJ Stander completes the side at no.8.