Earlier this year, World Rugby unveiled a transformational six-point plan aiming to cement rugby as the most progressive sport on player welfare. These new best-practice guidelines focus on the intensity and frequency of contact training to which professional rugby players should be exposed and have been shaped by consultation with players and coaches as well as leading medical, conditioning and scientific experts.

While the incidence of training injuries is low relative to that of matches, the volume of training performed means that a relatively high proportion (35-40 per cent) of all injuries during a season occur during training, with the majority of these being soft tissue injuries. Since the training environment is highly controllable, the guidelines have been developed to reduce injury risk and cumulative contact load to the lowest possible levels that still allow for adequate player conditioning and technical preparation.

The guidelines are based on a global study undertaken by IRP of almost 600 players participating across 18 elite men’s and women’s competitions, and a comprehensive review of the latest injury data. This reveals that training patterns vary across competitions, with an average of 21 minutes per week of full contact training and an average total contact load of 118 minutes per week. A more measured and consistent approach to training will help manage the contact load for players, especially those moving between club and national training environments. The research supports minimising contact load in training, in order that players can be prepared to perform but avoid an elevated injury risk at the same time. The guidelines aim to help strike that balance.

World Rugby and International Rugby Players’ new framework [https://www.world.rugby/the-game/player-welfare/medical/contact-load] sets out clear and acceptable contact guidelines for training sessions, aiming to further inform coaches – and players – of best practice for reducing injury risk and optimising match preparation in season. The guidance covers the whole spectrum of contact training types, considering volume, intensity, frequency and predictability of contact, as well as the optimal structure of sessions across the typical training week, including crucial recovery and rest periods.

Recommended contact training limits for the professional game are:

The guidelines, which also consider reducing the overall load for players of particular age, maturity and injury profile (in line with the risk factors and load guidance published in 2019), will feature in the men’s and women’s Rugby World Cup player welfare standards.

World Rugby is partnering with elite teams to measure the ‘real life’ effect of these guidelines (in training and matches) and assess the mechanism, incidence and intensity of head impact events using the Prevent Biometics market-leading instrumented mouthguard technology and video analysis to monitor implementation and measure outcomes.

The technology, the same employed in the ground-breaking Otago Rugby Head Impact Detection Study, will deliver the biggest ever comparable bank of head impact data in the sport with more than 1,000 participants across the men’s and women’s elite, community and age-grade levels. The teams that have signed up so far are multiple Champions Cup winners Leinster, French powerhouse Clermont Auvergne and Benetton Treviso while discussions are ongoing with several other men’s and women’s teams across a range of competitions.

World Rugby Chief Executive Alan Gilpin said: “This important body of work reflects our ambition to advance welfare for players at all levels of the game. Designed by experts, these guidelines are based on the largest study of contact training in the sport, developed by some of the best rugby, performance and medical minds in the game. We believe that by moderating overall training load on an individualised basis, including contact in season, it is possible to enhance both injury-prevention and performance outcomes, which is good for players, coaches and fans.”

World Rugby Director of Rugby and High Performance and former Ireland coach Joe Schmidt added: “Training has increasingly played an important role in injury-prevention as well as performance. While there is a lot less full contact training than many people might imagine, it is our hope that having a central set of guidelines will further inform players and coaches of key considerations for any contact that is done during training.

“These new guidelines, developed by leading experts and supported by the game, are by necessity a work in progress and will be monitored and further researched to understand the positive impact on player welfare. We are encouraged by the response that we have received so far.

“We recognise that community level rugby can be an almost entirely different sport in terms of fitness levels, resources and how players can be expected to train, but the guidelines can be applied at many levels, especially the planning, purpose and monitoring of any contact in training.”

International Rugby Players Chief Executive Omar Hassanein said the guidelines are being welcomed by players: “From an International Rugby Players’ perspective, this project represents a significant and very relevant piece of work relating to contact load. We’ve worked closely with our member bodies in gathering approximately 600 responses from across the globe, allowing us to have sufficient data to then be assessed by industry experts. The processing of this data has led to some quite specific recommendations which are designed to protect our players from injuries relating to excessive contact load. We will continue to work with World Rugby as we monitor the progress of these recommendations and undertake further research in this area.”

Leinster coach Stuart Lancaster, who was involved in reviewing the study and advising the development of the guidelines, said: “We have a responsibility to make the game as safe as possible for all our players. For coaches, optimising training plays a significant role in achieving that objective. It is important that we do not overdo contact load across the week in order that players are fresh, injury-free and ready for match days. These guidelines provide a practical and impactful approach to this central area of player preparation and management.”

Ireland international and IRP Head of Strategic Projects and Research Sene Naoupu said: “While this is the first step of the implementation and monitoring process, it is an incredible outcome that shows just how much players care about this area. It also provides a foundation to review and determine future direction of implementation across the game, within an evidence-based injury-prevention programme for performance and welfare.”

World Rugby is also progressing a wide-ranging study of the impact of replacements on injury risk in the sport with the University of Bath in England, a ground-breaking study into the frequency and nature of head impacts in community rugby in partnership with the Otago Rugby Union, University of Otago and New Zealand Rugby, and further research specific to the professional women’s game. All of these priority activities will inform the decisions the sport makes to advance welfare for players at all levels and stages. 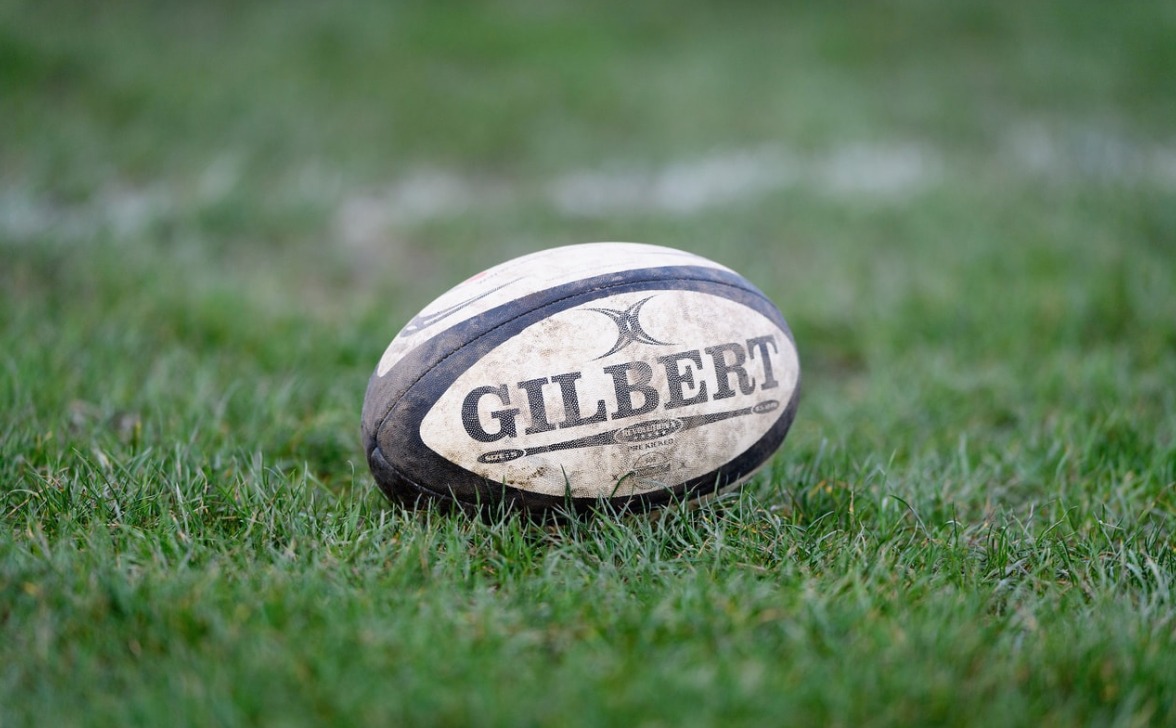 The holders, Stade Toulousain, will be up against Wasps and Cardiff Rugby in the pool stage of next season’s Heineken Champions Cup following the pool draw for the 2021/22 tournament which was held today (Wednesday 21 July) in Lausanne, Switzerland.

Stade Toulousain, who completed the Heineken Champions Cup and TOP 14 double last month for the second time in the club’s history, were drawn into Pool B and will meet Wasps and Cardiff over four pool stage rounds on a home and away basis.

With the qualified clubs drawn into two pools of 12, reigning Gallagher Premiership champions Harlequins will have Castres Olympique and Cardiff as their opponents in Pool B when the tournament kicks off again in December, while last season’s PRO14 winners, Leinster Rugby, are in Pool A where they will be up against Montpellier Hérault Rugby and Bath Rugby.

Stade Rochelais, runners-up in the Heineken Champions Cup final, will meet Bath and Glasgow Warriors in Pool A, while Exeter Chiefs, who lost out to Harlequins in the Premiership decider, will take on Montpellier and Glasgow in Pool A.

Munster Rugby, who were in Tier 1 as the second-ranked qualifier from the PRO14, were drawn against Castres Olympique and Wasps in Pool B.

Elsewhere, Ulster Rugby will take on ASM Clermont Auvergne and Northampton Saints in Pool A whilst Stade Français Paris were drawn into Pool B and will take on Pat Lam’s former club, Connacht Rugby, and his current charges, Bristol Bears.

For the purposes of the draw, the 24 clubs which qualified from the TOP 14, Premiership, and the PRO14 were classified into four tiers based either on their respective league rankings or on other qualification criteria.

The exact dates of the Heineken Champions Cup pool stage fixtures, as well as venues, kick-off times and TV coverage, will be announced as soon as possible following consultation with clubs and EPCR’s partner broadcasters.

The 2021/22 tournament will be played over nine weekends with four rounds of matches in the pool stage. The eight highest-ranked clubs from each pool will qualify for the knockout stage which will consist of a Round of 16 on a home and away basis, quarter-finals and semi-finals, with the final in Marseille on 28 May 2022.

Today’s draw, which was live-streamed on HeinekenChampionsCup.com, was conducted by EPCR’s Head of Events and Operations, Ben Harries, and by EPCR’s Partnerships Activation Executive, Laia Gonzalez. The event scrutineer was Lausanne-based solicitor, Jean-Guillaume Amiguet.

POOL A (with opponents in brackets)

POOL B (with opponents in brackets)