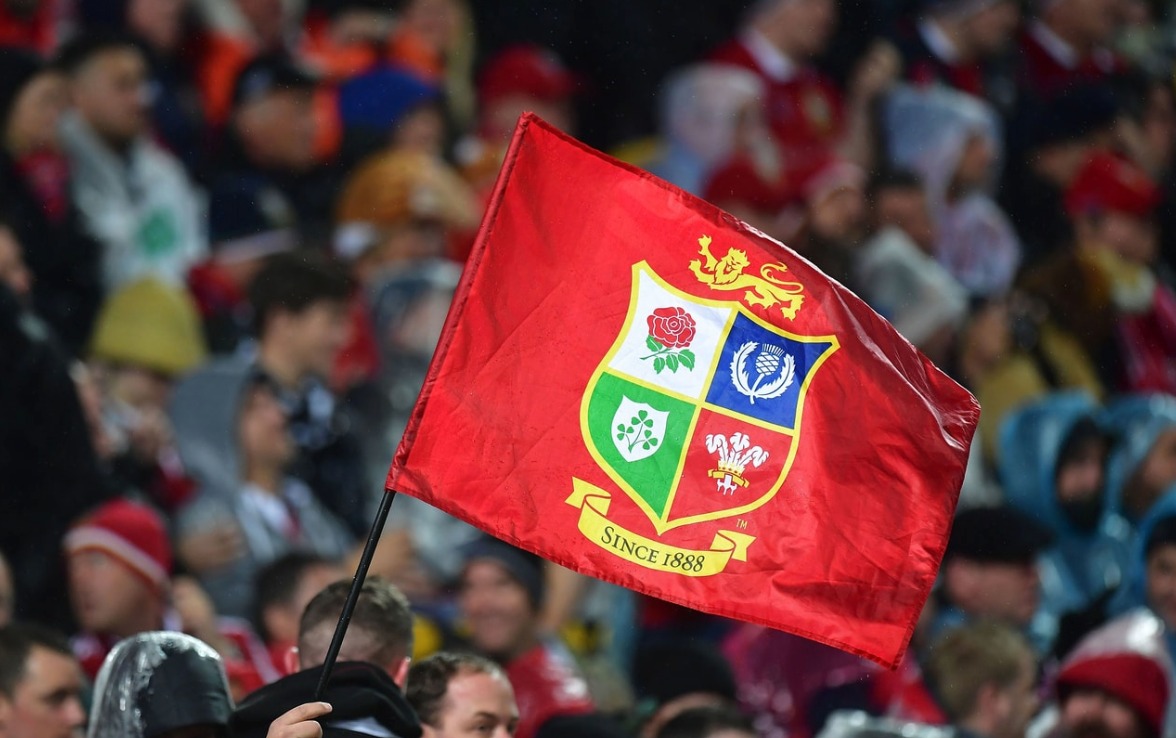 The British & Irish Lions head coach Warren Gatland has confirmed that tighthead prop, Andrew Porter, has been ruled out of this summer’s Castle Lager Lions Series in South Africa with a toe injury and will be replaced by Kyle Sinckler.

The 25-year-old Ireland International picked up the injury in Leinster Rugby’s defeat to Glasgow Warriors on Friday night in the PRO14 Rainbow Cup.

Sinckler, a Lions tourist in New Zealand in 2017, will join up with the squad following the conclusion of Bristol Bears’ domestic season. The West-County outfit have already qualified for the Premiership play-offs.

The Lions assemble in Jersey on Sunday 13 June to begin preparations for The Vodafone Lions 1888 Cup match against Japan at BT Murrayfield Stadium on Saturday 26 June, before flying to South Africa for the 2021 Castle Lager Lions Series against the Springboks.

“It’s really bad luck for Andrew and we send him our very best wishes for a quick and successful rehab,” said Gatland.

“Andrew is a young man with a big future ahead of him and I’m sure he’ll be in contention again in four years time.

“As always in rugby, when there’s an injury there’s an opportunity for someone else. I have been very pleased to see the way Kyle has responded to initially being left out of the touring party.

“He’s showed some excellent form of late and I hope he continues to stick two fingers up to me about leaving him out in the first place.”

The Lions have toured South Africa on 13 previous occasions, with the first Tour taking place in 1891. In that time, the Lions have won four Test series, lost eight with one drawn. Their overall record against the Springboks is played 46, won 17, lost 23 and drawn six. 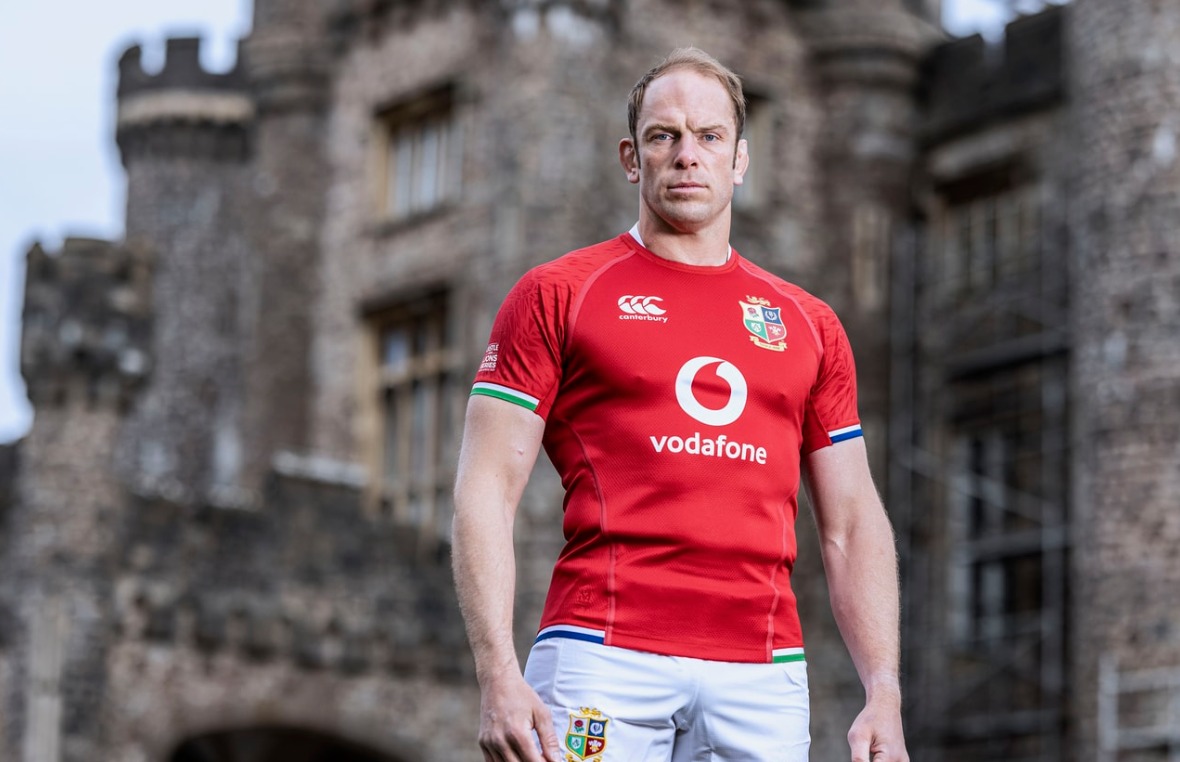 Alun Wyn Jones admitted The British & Irish Lions didn’t help themselves in their second Test defeat but has vowed the tourists will put it right in the series decider.

The Lions were given a taste of their own medicine in the rematch, having staged a second-half comeback against the world champions to win the series opener 22-17.

South Africa were trailing 9-6 at the break at Cape Town Stadium on Saturday but scored 21 unanswered points in the second half to triumph 27-9 and level the series.

And while Jones conceded that the Lions were their own worst enemy in the second half, he believes the tourists will bounce back after asking themselves some tough questions.

“There was an obvious momentum shift. We were second best in the aerial battle and they got momentum from getting to the corners,” said the Lions skipper.

“Their set piece turned up more this week and put us under pressure and there was probably too much momentum for us to shift it back.

“From the outside it probably felt like a backlash but from where I’m sitting, we probably didn’t help ourselves. Parts of the game that were prevalent and positive last week weren’t there.

“That was particularly the case in the second half. We are fortunate, we have another week. It’s the biggest week of the Tour now and the last chance to put it right.”

Three penalties from Dan Biggar to Handre Pollard’s two gave the Lions a narrow lead at the interval as they looked to secure a first series win on South African soil since 1997.

Tries from Makazole Mapimpi and Lukhanyo Am turned the game on its head, however, while three more penalties from Pollard ensured the Boks levelled the series.

For Jones, the areas for improvement were clear to see in the second half as the Lions struggled to wrestle back momentum after conceding the first South African try.

“We had a bit of pressure early on and chased aerially too hard. We did well last week at stifling the maul on the deck and it’s something we need to look at,” said Jones.

“It was probably a by-product of the positive pressure we had early on in the game. We just need to stick to the plan. We were well aware of what they were going to improve on.

“They probably did to us what we wanted to do to them. They tried to do it last week, they just did it better [this week] and we saw more of it.

“From our lack of maintaining possession in key areas and giving away penalties, we gave them a roll on down the field. You can’t do that against any team, let alone the Springboks.”

The Lions will now have to do it the hard way if they want to secure only a third series win in South Africa since the beginning of the 20th century.

But Jones has seen enough in the eyes of his teammates in the post-game huddle to know that the men in red are more than capable of going again in the third and final Test.

“We got together after the game and we’ll stick together. It’s a squad effort,” he said.

“Gats is notorious for making changes and we’ll go again. There’s been a lot said about wounded Springboks but the Lions have taken a dent today and we need to put that right.

“There was a lot of eye contact and you could feel the fact that everyone is well aware Gats will make changes and there will be opportunities for some.

“I could definitely feel that everyone wants to put it right. They are big weeks. People ask about comparisons to previous Tours but you can’t compare them.

“They are different weeks and different opposition. It will be interesting to see what Gats does with the team. Definitely, it’s going to be a big week.” 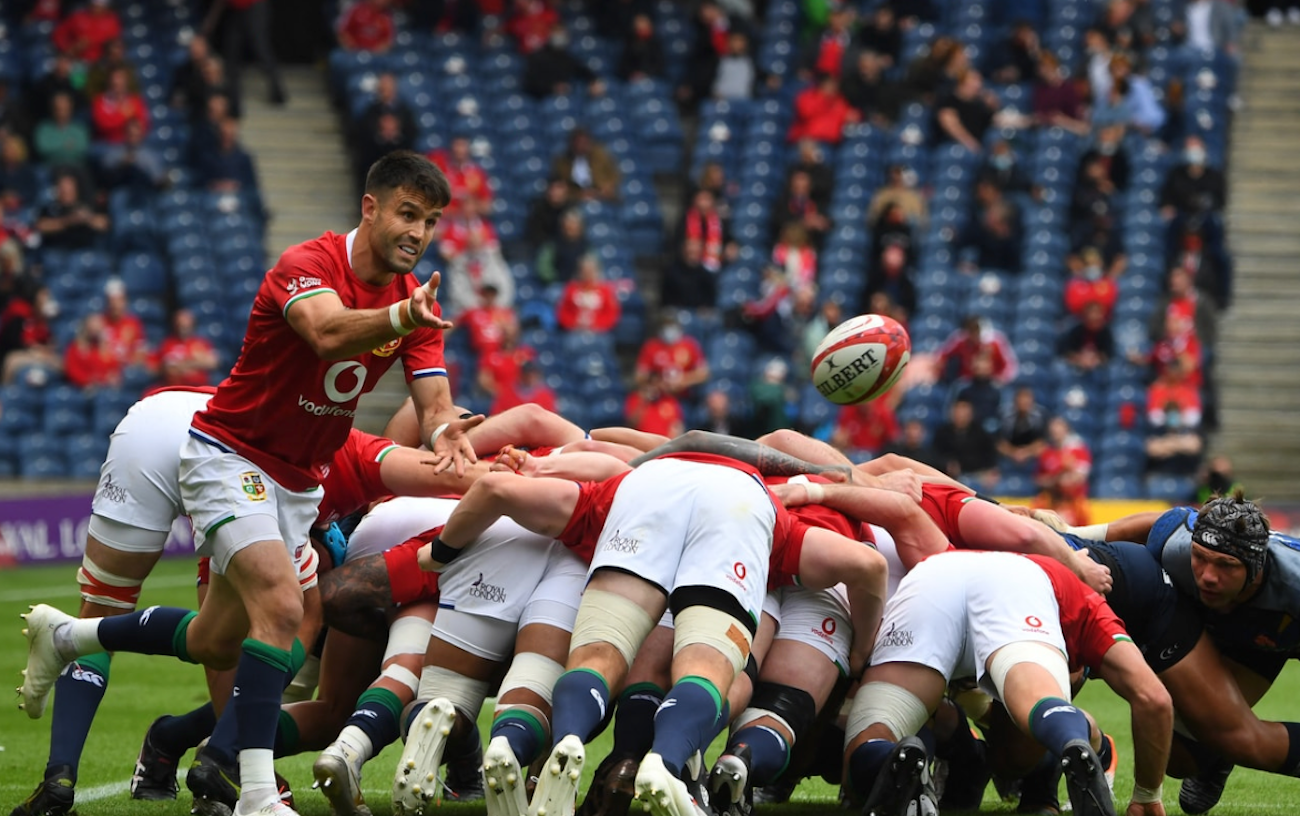 British & Irish Lions Head Coach, Warren Gatland, has made three changes to the starting XV which beat the Springboks last Saturday to take a 1-0 lead in the Castle Lager Lions Series.

Taulupe Faletau (Bath Rugby, Wales) is added to a bench and will win his fifth Test cap should he enter the fray.

Historically, the Lions have lost just two Series after winning the first Test (against New Zealand in 1930 and Australia in 2001).

“As always, selection was incredibly tough,” said Gatland. “However, we’ve made the changes we think are the right calls for the weekend’s game.

“It’ll be another tight contest. We know the Springboks will be hurting and they’ll throw everything at us on Saturday, but I think there’s plenty more to come from us too. We feel we can go up another level from where we were in the first Test and I would expect us to improve.

“It’s the biggest game on the Tour and we have to embrace the expectation that comes with it. As players and coaches, these are the games you want to be involved in. We’re relishing the opportunity to face the Springboks again on Saturday and potentially seal a Series win.”

Saturday’s clash against the reigning World Champions is the second of three Tests matches in the Castle Lager Lions Series to be shown live and exclusively on Sky Sports.

Photo by Dan Sheridan - Pool/Getty Images
British & Irish Lions Head Coach, Warren Gatland, has named his side for the first Test against the Springboks at Cape Town Stadium on Saturday 24 July (kick off 5pm BST).

Tour captain Alun Wyn Jones (Ospreys, Wales) will skipper the Lions having recovered from a dislocated shoulder sustained in the tourists 28-10 win over Japan at Murrayfield Stadium just 24 days ago.

In doing so, the Welsh lock will win his tenth-successive Test cap for the Lions in Cape Town, moving him into an illustrious list of Lions legends to have made 10 Test appearances or more, including Gareth Edwards (10), Graham Price (12), Mike Gibson (12) Dickie Jeeps (13) and Willie-John McBride (17). Jones is the first however to play 10 Tests for the famous touring side in the professional era.

The iconic Welshman will be joined in the second row by Maro Itoje (Saracens, England) who claims his fourth successive Lions Test cap.

Courtney Lawes (Northampton Saints, England) packs down on the blind side flank to win his third Lions test appearance, having won his previous two from the bench in the second and third Tests in New Zealand in 2017. Tom Curry (Sale Sharks, England) is named on the open side, with Jack Conan (Leinster Rugby, Ireland) filling the No.8 shirt.

After impressing against the DHL Stormers last Saturday, scrum-half Ali Price (Glasgow Warriors, Scotland) joins No.10 Dan Biggar (Northampton Saints, Wales) in the half back berths.

The starting XV includes three Scots for the first time since the 1997 Tour to South Africa when current Lions assistant coach, Gregor Townsend, was named alongside Alan Tait and Tom Smith for the first and second Tests.

“In my four Tours as a Lions coach, this was by far the hardest Test selection I have been involved in,” said Gatland.

“We couldn’t have asked for more from the players so far; they’ve all put their hands up and made picking a starting XV incredibly difficult. In truth, we would have been happy with any number of different combinations across the 23, however, we’re very pleased with the side we’ve settled on.

“We know what we’re coming up against on Saturday. It’s going to be an arm wrestle, there’s no doubt about it. We’ll need to front up physically and be ready to go from the first whistle. When we played SA ‘A’ last week we probably took a bit too long to get into the game, something we can’t afford to do that again this weekend.

“We need to make sure we play in the right areas of the field, not give them easy territory and take our chances when they come.

“While the stands will be empty in Cape Town Stadium, we know Lions fans from across the home nations will be cheering us on back home. We’ll do our best to get the win.”