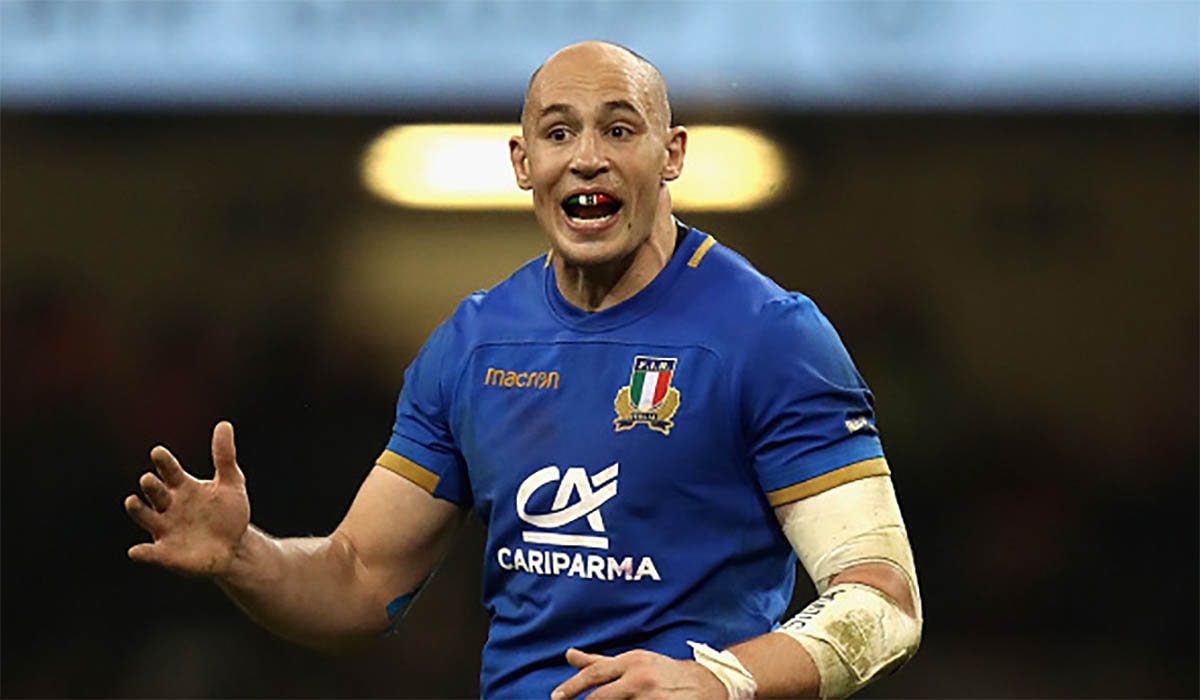 On June 8th, 2002 an 18-year-old Sergio Parisse stepped onto the pitch for Italy for the first time, the next 17 years are history.

From day one he has been up against it on the international stage, facing the mighty New Zealand on his debut as his team fell to a 64-10 defeat.

Since then his country have lost a further 99 matches out of the 134, he has played in, but it is a tale of wrong place and time for a rugby legend.

While his team has had poor fortunes on the pitch he has stood out, and to the despair of the nation he comes into the upcoming 6 Nations admitting it could be his last.

“Maybe it will be my last Six Nations, but I don’t like to think or talk too much about the future. In my head, I know I want to play in my fifth World Cup,”

If it is to be the end Italy may well regret not making the most of the time, they have had with Parisse in the team.

At 35, this will be his 15th championship, he has played in the competition 65 times and will play a record 66th on Saturday against Scotland.

In that time Italy have finished bottom of the table on many occasions, even with the power and creative flare of their feisty No 8.

He has contributed seven tries and a memorable drop-goal to the Italian cause in that time, while others around him failed to reach his heights.

The problem Italy have had over the years is winning games often overly relying on their captain. They are currently on a 17-game losing streak in the 6 Nations with their last win coming on February 28th, 2015 against Saturday’s opponents.

With this there has been calls for Italy to be taken out of the tournament with Georgia being put in. However, Parisse believes that Italy have earned their place to compete above the Georgians.

“Georgia doing good things and good for them, but we showed last November that we play on another level to them,”

With less than a hand full of wins over the past two years, people have questioned whether head coach Conor O’Shea is the man for the job.

What people forget is that without O’Shea, captain fantastic Parisse could have left in 2015 only for the No 8 to get fully behind O’Shea’s vision, even saying he wishes that the system was in place earlier.

“Over the past three years with Conor we have started making a lot of changes in Italy, working behind the scenes with the two franchises,” he said.
“Personally, I wish we’d made those changes 10 years ago. But it’s better now than to continue doing nothing,”

The two Italian sides Treviso and Zebre have improved since O’Shea’s arrival with the former currently sitting in second place in the Pro14’s Conference B.

Their rise is a positive for a nation desperate for an upturn in fortunes.

However, with two-time world player of the year nominee Parisse possibly going into his final year, they will need to replace not only a but the greatest player and leader to have ever put on the blue jersey.

6 Nations Fantasy Rugby; What You Need to Know