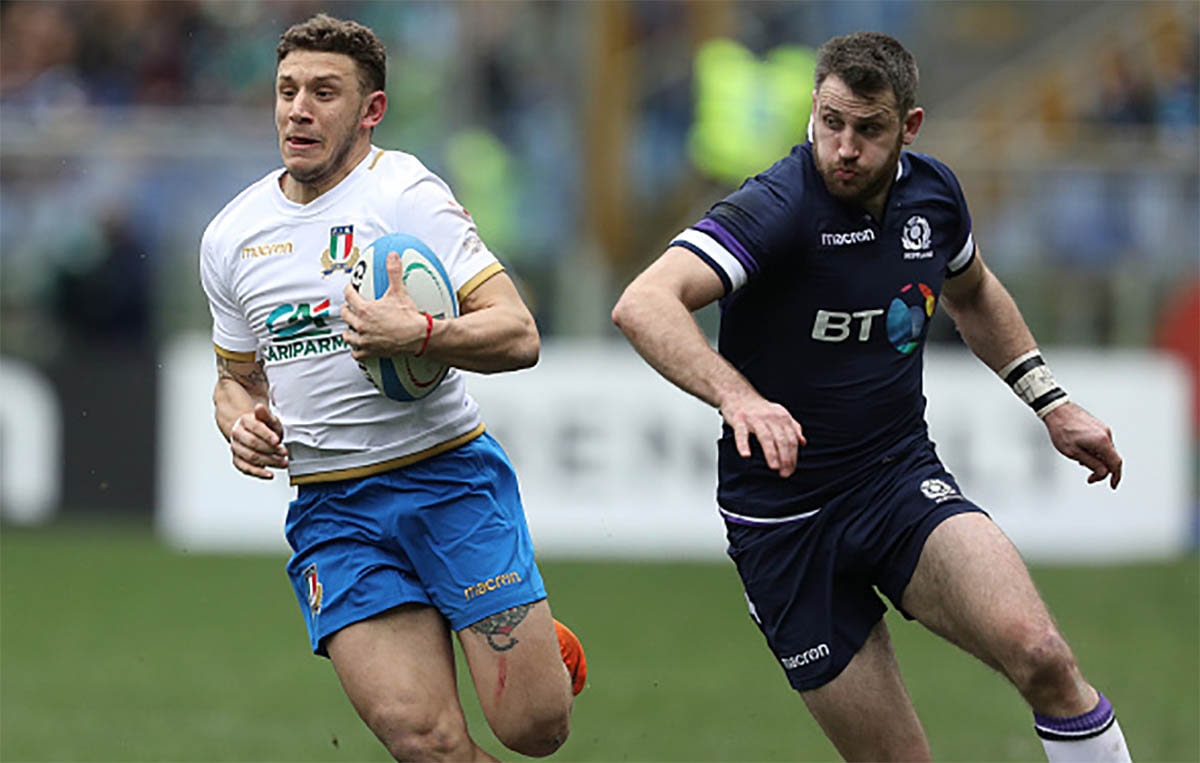 Gregor Townsend has named his playing squad for Scotland’s 6 Nations opener this Saturday.

The Australia-born midfielder is one of three uncapped players named in the match-day 23, with former Fosroc Academy and Leicester Tigers hooker Jake Kerr joined by Newcastle Falcons back-row Gary Graham on the bench

Johnson is one of six personnel changes to the team that started Scotland’s final home Autumn Test win over a.

Glasgow Warriors wing Tommy Seymour replaces Saracens’ Sean Maitland, who has failed to recover sufficiently from a hamstring injury sustained while representing his club side Saracens.

The changes mean an all-Edinburgh tight-five will take to the field as Toolis partners Grant Gilchrist in the second-row and McInally packs down with front-row colleagues Allan Dell and Willem Nel.

Clermont Auvergne scrum-half Greig Laidlaw returns to captain once more alongside Finn Russell, who reverts to his more familiar stand-off berth to accommodate the incoming Johnson, who partners clubmate Huw Jones in midfield.

Stuart Hogg and Blair Kinghorn form the back-three with the incoming Seymour.

“It’s a privilege to be involved in the Guinness Six Nations, a tournament that has grown in quality over the past few seasons. You can sense the excitement throughout the rugby world on the eve of this year’s Championship and we’re looking forward to our starting our campaign at BT Murrayfield.

“Italy have made life tough for Scotland in every Test match we’ve played. I remember that as a player, as a supporter and as a coach – and they were better than us in most of last season’s contest in Rome. They played with pace, were physical and we had to play really, really well in the final quarter to win.

“That performance and also the recent displays of Benetton Treviso are sharp reminders for our players that this will be a difficult fixture.

“Our challenge is to win the physical battle, which is a strength of Italian rugby. We will also have to bring energy and accuracy in order to get our campaign off to a winning start.”

Townsend also confirmed that Scotland wing Lee Jones will play no part in the opening rounds of the Guinness Six Nations campaign, having sustained a knee injury playing for Glasgow Warriors in the Guinness PRO14.