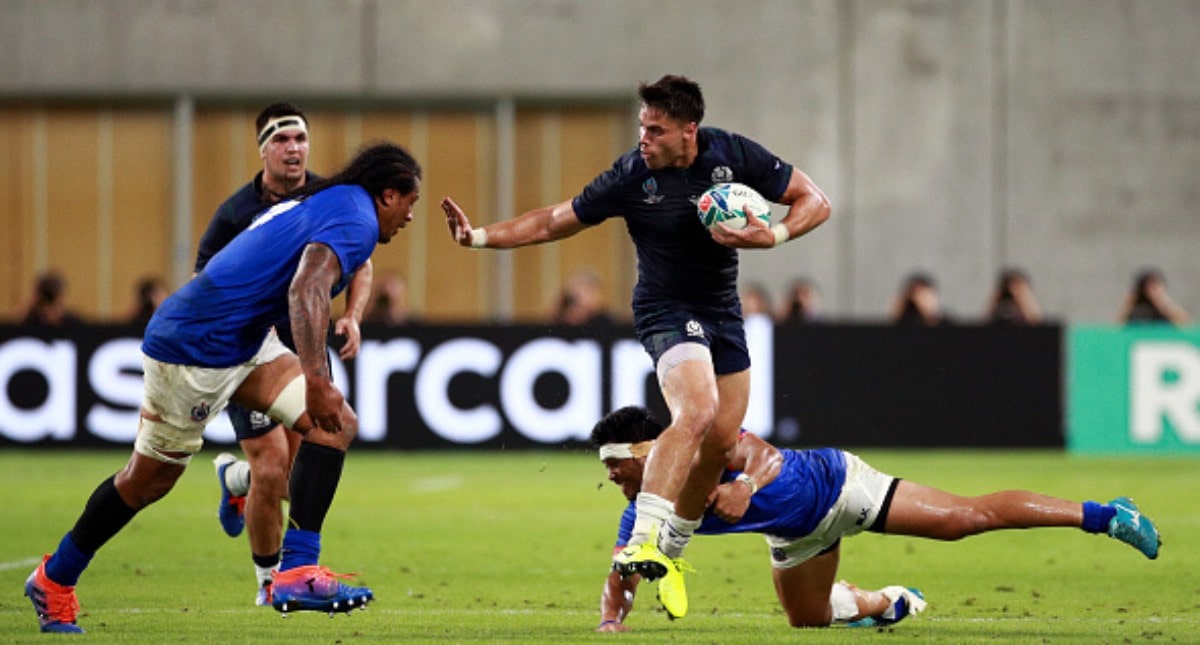 Scotland head coach Gregor Townsend has announced his 23-man squad for his side’s Six Nations clash with Ireland at the Aviva Stadium on Saturday at 16 45.

With Finn Russell absent from the squad following his recent antics Adam Hastings takes the No 10 jersey for the team’s tournament opener and has the chance to make the starting role his own for the championship with it being unknown whether Russell will return to the set-up.

Elsewhere in the squad Bristol Bears’ No 8 Nick Haining is set for his international debut.

In the front-row Rory Sutherland is poised for his first appearance in a Scottish jersey in over three-years and is joined by Fraser Brown and Zander Fagerson, while Scott Cummings and Jonny Gray slot in behind that trio in the second-row.

Jamie Ritchie starts as the blindside-flanker, with Hamish Watson at openside and Haining completes the pack from No 8.

Ali Price will partner Hastings in the half-back pairing, and they will have Sam Johnson and Huw Jones outside them in the midfield.

Blair Kinghorn takes up a role on the left-wing, with Sean Maitland on the right and captain Stuart Hogg finishes off the starting XV from full-back.

There are some exciting players for Townsend to call on from the bench if needed with the likes of Stuart McInally, Ben Toolis, George Horne and Chris Harris among the replacements.

Speaking ahead of the game Townsend is looking forward to taking on Ireland in their backyard, but has warned his side that they will need to play at their best to get any sort of result.

“We must be a relentless collective on the pitch and a nightmare for the Irish to deal with while having the ability and awareness to impose our game at that intensity. As coaches, we put frameworks together and create an environment for them to thrive and reach their potential but ultimately it’s the players who go out and deliver. We’re looking forward to seeing them play in Dublin,” he said.

Scotland will be hoping to hit the ground running in this year’s tournament having only won a single game in last year’s edition, but know they will have to be at their best to beat Ireland in the Aviva.

France Forced to Replace Another Player