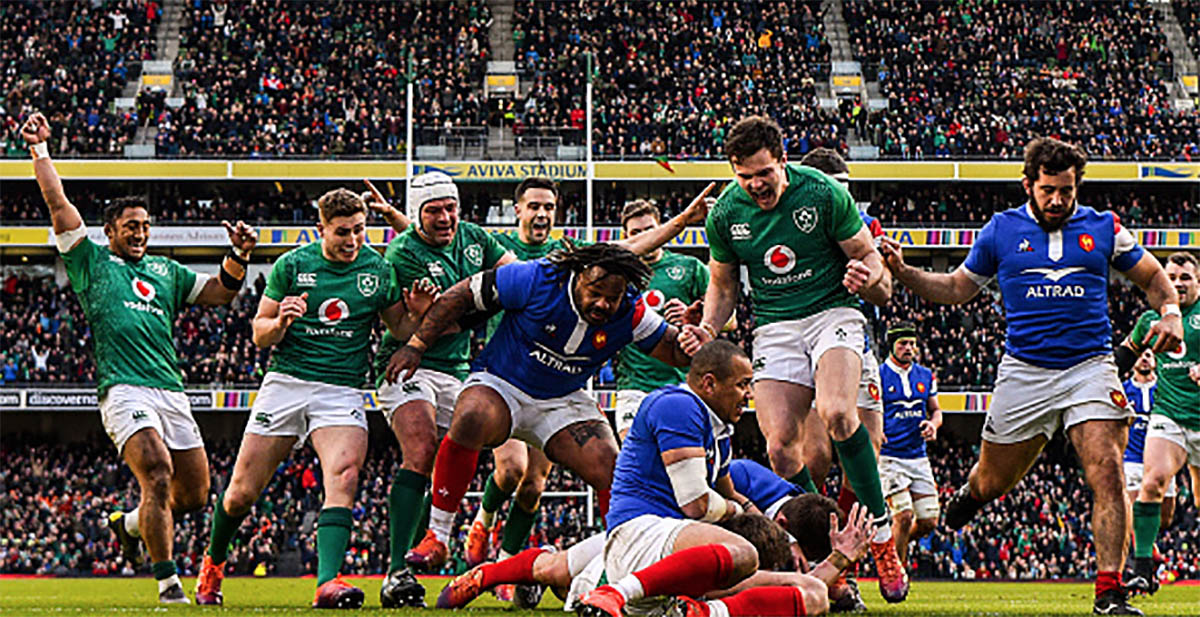 Ireland have given themselves a fighting chance of retaining their Six Nations title by beating France 26-14 on Sunday but who impressed the most?

Here are our player ratings starting from the front-row and why the players got their scores.

1) Cian Healy (7) – Having been rested against Italy, Healy showed why he is so important to the Irish set-up. Taking the ball on at every chance, playing a part in a near perfect line-out and making eight tackles before being taken off after a solid performance.

2) Rory Best (8) – In his last ever home Six Nations game the captain put in a brilliant display at the set piece, with all but one of his throws going to hand in the line-out. He also made some great carries, not to mention scoring the try that started it all off. A great showing from an Irish legend that will be sorely missed once he retires.

3) Tadhg Furlong (7.5) – Another blistering performance from arguably the best prop in the world. Earning the hard yards and contributing to the set-piece success. Also got off early to rest before next weekend’s clash and will be vital for Ireland to get any result in Cardiff.

4) Ian Henderson (7) – Continued his recovery from injury with a big performance, making carries, massive tackles and ripping the ball from the French. He has definitely given Schmidt an option to partner James Ryan in the second-row with a line-out performance reminiscent of a certain Devin Toner.

5) James Ryan (9) – Incredible. Yet another man of the match performance from the young Leinster man. 13 tackles are the pick of his statistics for the day in a game Ireland controlled but his overall attitude and influence on the game was remarkable. Pushing Rory Best over for the opening try and staying on until the end, he seems irreplaceable in this Irish team.

6) Peter O’Mahony (7) – A typical O’Mahony performance, going under the radar mostly while pushing the team over the line. He never really has a poor game in a green jersey.

7) Josh van Der Flier (6) – Unfortunate to be taken off early after suffering a leg injury but showed good signs before then. Hopefully will be back for next week and showing his class.

8) CJ Stander (8.5) – Following five weeks on the side-line he was back with a bang. Motivating his side, carrying well, and making 15 tackles. He was sorely missed and like Furlong and Ryan is certain of a starting role in this side if he continues with this form.

9) Conor Murray (7) – Looked to be back to his normal self. Benefitted from the quick ball at ruck time and seemed to rekindle his spark with Sexton ahead of next week.

10) Johnny Sexton (8) – A wonderful wrap-around try and three from four conversions are the most noticeable stats but his attitude appeared much improved to the one in Rome. A performance he needed after some criticism and looked more like last year’s world rugby player of the year.

11) Jacob Stockdale (6.5) – Didn’t have many opportunities to show his quality on the ball but looked dangerous when he did carry. Still can’t score against the French though.

12) Bundee Aki (6.5) – Put himself forward for some hard carries and made six tackles. Did nothing wrong but was out shone by his midfield partner on the day and will need to show more to keep his place when Robbie Henshaw returns.

13) Garry Ringrose (9) – Nobody would have argued had he won man of the match on his return to action. He looked sharp and posed danger to the French defence with every touch of the ball. Also made six tackles when needed but provided Ireland with a midfield spark that had been missing. His battle with Jonathan Davies next weekend will be one to watch.

14) Keith Earls (7.5) – Took his try perfectly, showing incredible pace and was unlucky not to get more chances. A first try against the French is another thing to tick off for the Munster man who seems to get better with age.

15) Jordan Larmour (7) – Having been called into the starting XV just before kick-off due to Rob Kearney’s absence he had a very tidy game. Almost got in for a wonderful individual try but for all the brilliance of his side-stepping and pace, a few more passes to team mates wouldn’t go astray.

Replacements (7) – Jack Conan was incredible. Having to come on so early in the game, making a total of 15 tackles, carrying with real intent and scoring Ireland’s third try. The rest of the bench came on after Ireland had won the tie in all honesty with Jack Carty making some lovely kicks and Dave Kilcoyne causing the French front-row major issues. However, they couldn’t add to the score-line and allowed the French in for two late tries to ruin an otherwise flawless performance.

Coaching Staff (9) – In Schmidt’s final home Six Nations game he didn’t put a foot wrong. They got their full 23 on the pitch and were three minutes away from holding the away side scoreless. They seemed to have solved the issues in the team. Next week will tell us how far they’ve come but it was a brilliant performance today.

The Crowd (5) – Anyone who was at the Aviva yesterday will have to admit, the French supporters were fantastic. From the walk to the ground, the bars, the anthems and throughout the match, the French supporters outshone their players. “La Marseillaise” rang almost as loud as ‘Amhrán na bhFiann’ & ‘Ireland’s Call’ and they never ceased with ‘Allez les bleus’ compared to one poor rendition of the ‘Fields of Athenry’ from the Irish Fans.

You can watch Highlights & Read our Match Report here.

It just gets worse for Scotland.