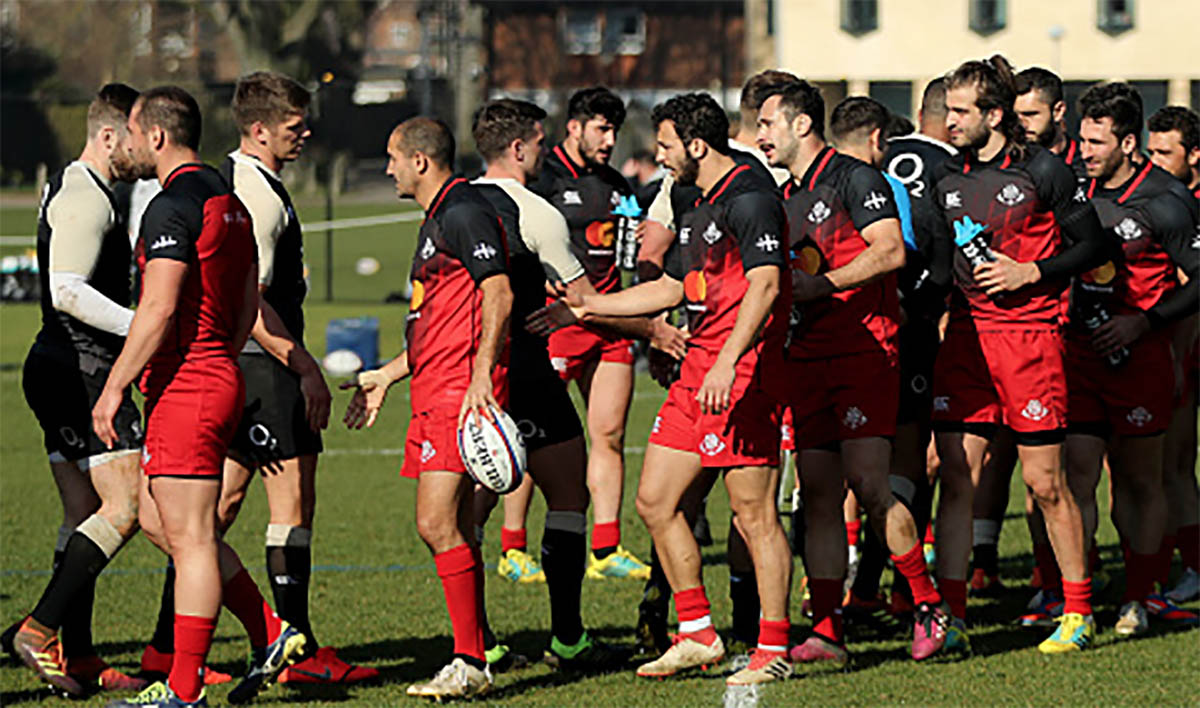 England’s training camp was marred by mass brawls with Georgia players in front of schoolchildren on Wednesday according to reports.

Dozens of young pupils were invited to the open training session at St Edward’s School in Oxford. It’s been reported that brawls erupted on 2 with punches being thrown by a number of players on both sides.

This is the 2nd year that England coach Eddie Jones had invited Georgia to provide for his squad during the 6 Nations Championship.

It didn’t take long for tempers to flare. After the very first scrum as the front rows broke apart, there was pushing and shoving and punches were thrown by players on both sides.

It is understood that Georgia were the instigators of the fight, but England were quick to defend themselves and fight back. Leicester prop Ellis Genge could be seen with fists raised, ready to trade blows, but he was held back by team-mates.

Former England Stars Will Carling (working with England as leadership consultant) and Graham Rowntree (Georgia Scrum shop) were heavily involved in splitting up the melee.

There was a brief lull before a second scrum was attempted. However, attempts to ease tensions did not materilaise.

The second scrum didn’t differ from the first with the front rows breaking apart and another fight breaking out. This time, it wasn’t restricted to the front row with players running from everywhere to jump in and swing punches.

England No 8 Billy Vunipola, not one to back down was at the centre of it all before order was restored.

While everything was kicking off, England security staff marched along the touchline where pupils and school staff were watching the training session, demanding those present to keep their phones in their pockets and not to take pictures or film the unfolding events.

The media were permitted access to the training pitch only when orderly training had resumed.

At the end of the session, players on both sides shook hands before heading back to their bases.

There is due to be another contact session between the 2 countries on Thursday. It will be interesting to see if any more live scrummaging will be included in this session.

When two sides have a mind-set that they don’t want to give an inch or millimetre, you usually get a bit of tension. It is just making sure we control ourselves, as it is a great opportunity for us.

‘This is a big occasion for our guys. We are testing ourselves against some of the best players in the world. It’s a real good opportunity for us, we know what we can do in our scrum and our interest is more around how we can compete in our defence and attack through our backs and how we adjust to the speed of everything.’

‘There will be some contact, not stupid stuff, but it will be reffed properly and we can challenge for the ball. We know they will bring that physicality at the breakdown.’