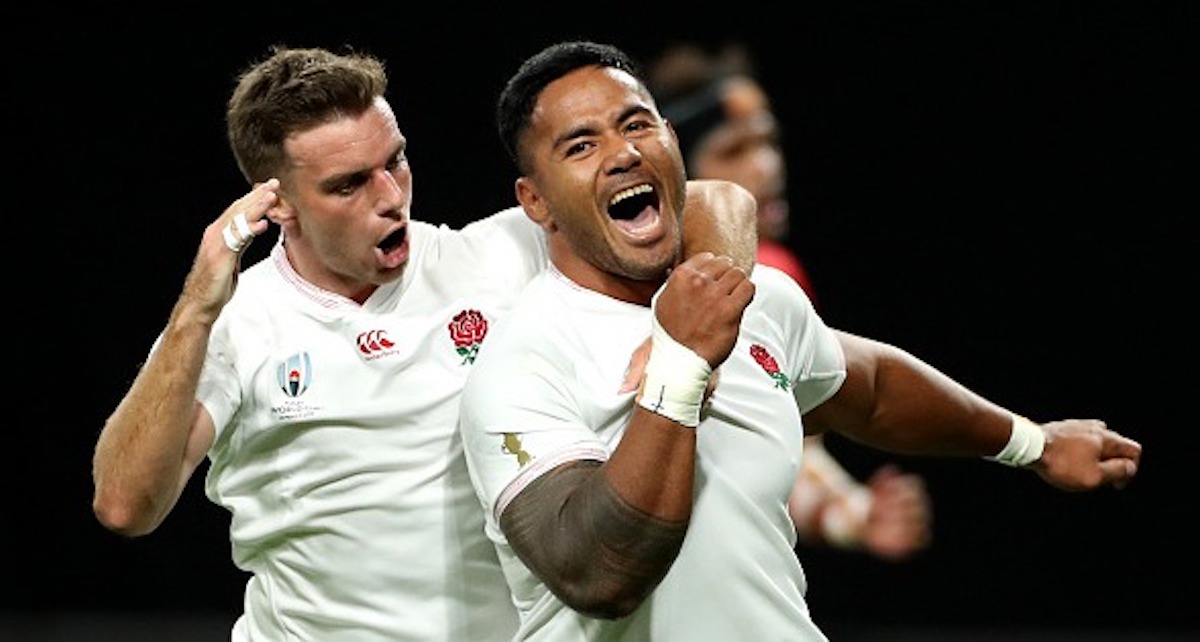 England and Australia have announced their 23-man squads for their Rugby World Cup quarter-final clash in Japan on Saturday and there are surprises in both line-ups.

For England head coach Eddie Jones has made a couple of positional changes and changes of personnel for their match with Wallabies.

The biggest surprise of all is that fly-half George Ford has been dropped to the bench, with Owen Farrell moving from the centre to the No 10 jersey. His shift also sees Manu Tuilagi come in one position to inside-centre as Henry Slade joins him in the midfield.

Elsewhere Courtney Lawes has been picked ahead of George Kruis in the second-row.

That means that Mako Vunipola continues his return from injury with another start alongside Jamie George and Kyle Sinkler in the front-three, as Maro Itoje is joined in the engine-room by Lawes.

Tom Curry remains at blindside-flanker, with Sam Underhill at openside, while Billy Vunipola has recovered in time from an ankle injury to complete the pack from No 8.

Ben Youngs joins Farrell in the half-back pairing, with Tuilagi and Slade outside them in the centre.

Jonny May will make his 50th international appearance on the left-wing, with Anthony Watson on the right and Elliot Daly at full-back.

There is a vast amount of experience on the bench for Jones to call upon with the likes of Joe Marler, Dan Cole, Kruis and Ford among the replacements.

Speaking ahead of the game Jones has confirmed his selection decision is tactical for his team to defend against the Wallabies.

“Australia are a clever team, they will have some specific attacking strategies to play against us so we need to have a great situational awareness. We need to defend with brutality and when we have the ball we need play on top of them,” he said.

Meanwhile for the Wallabies, head coach Micheal Cheika has given youngster Jordan Petaia a huge chance at outside-centre, while Reece Hodge returns from suspension to take up a place on the wing. With the rest of the team as you would expect.

Scott Sio, Tolu Latu and Allan Alaalatoa have been selected in the front-row, with Izack Rodda and Rory Arnold continue in the second-row pairing.

David Pocock is on the blindside, with Michael Hooper captaining the side from openside-flanker, as Isi Naisarani completes what is an impressive looking back-row.

Will Genia gets the nod at scrum-half, with Christian Leali’ifano at fly-half, as Samu Kerevi and Petaia in a new midfield pairing.

The ever-impressive Marika Koroibete is on the left-wing, with Hodge on the right and Kurtley Beale is the full-back.

O’Connor is on the bench alongside other experienced player such as James Slipper, Adam Coleman and Matt To’omua as Cheika looks to upset the odds.

The Wallabies will be looking to end a six game losing streak against the English when they face them on Saturday, however, England will want to make it to another World Cup semi-final with a seventh successive Wallabies’ win.

Check Out the Full 23-Man Squads Below.

All Blacks Go All Out for Ireland