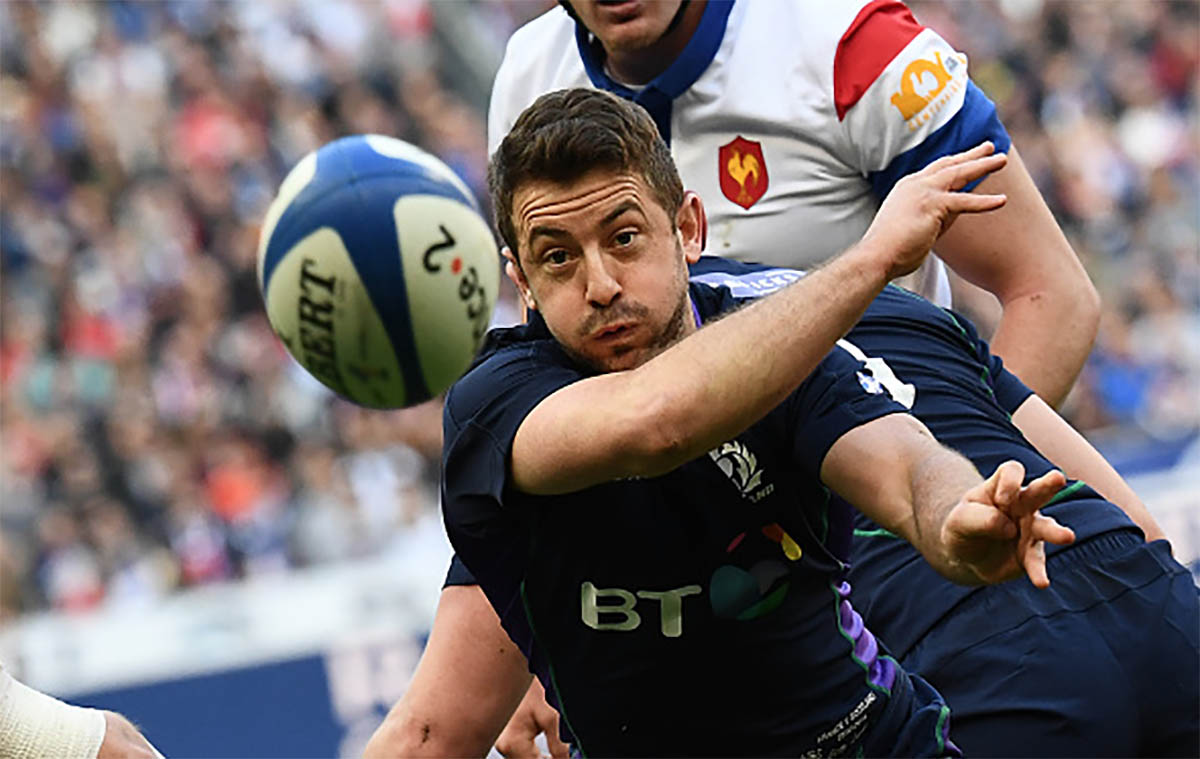 Scotland head coach Gregor Townsend has made a number of changes to his side for their Pool A showdown at the Rugby World Cup against hosts Japan on Sunday.

Having watched a side consisting of many of his reserve players hammer Russia 61-0 during the week Townsend has decided to bring back in big names such as Stuart Hogg and Finn Russell.

However, despite a number of changes Townsend has left captain Stuart McInally on the bench in what is a surprise call by the Scots, with Fraser Brown, who started as a flanker against Russia, comes in to take McInally’s position at hooker. While Greig Laidlaw takes on the role of captain in his absence.

Joining Fraser in the front-row are Allan Dell and WP Nel, with Grant Gilchrist and the always impressive Jonny Gray behind that trio in the second-row.

Magnus Bradbury starts as the blindside-flanker, with Jamie Richie on the openside and Blade Thomson makes only his fifth cap from No 8.

There is a hugely talented and exciting back-line with Laidlaw and Russell linking up as the half-backs, with Sam Johnson and Chris Harris just outside the duo in the centre positions.

Darcy Graham opens up on the left-wing after an electric performance last time out, with Tommy Seymour on the right as Hogg completes the line-up from full-back.

Joining McInally on the bench are the likes of Ryan Wilson, George Horne and Blair Kinghorn as Townsend has plenty to call upon among the replacements if needed.

Speaking ahead of the game Townsend has praised his 31-man squad as he believes they have worked really well as a unit to get this far.

“It’s taken a real squad effort from our players here in Japan to put us in a position to play for a place in the quarter-finals, having risen to the challenge of what’s effectively been knockout rugby since the second round of our Pool. The entire group has featured in our past two Tests, both of which have been clinical and professional performances. It was great to see players get the opportunity to play in this World Cup on Wednesday and it looked like they enjoyed the experience,” he said.

He continued on to encourage his team to go out and earn a quarter-final spot with a win against Japan.

“It’s now down to this group of 23 men to build on this momentum and squad togetherness to deliver a winning performance against Japan in Yokohama in two days’ time,” he added.

Scotland know that a win could be enough for scrap through to the last eight of the tournament however, not only do they face a tough task against the Japanse they also have to hope that Typhoon Hagibis will pass before Sunday or else there is a possibility of having their game cancelled leaving the Scots heading home without any say.