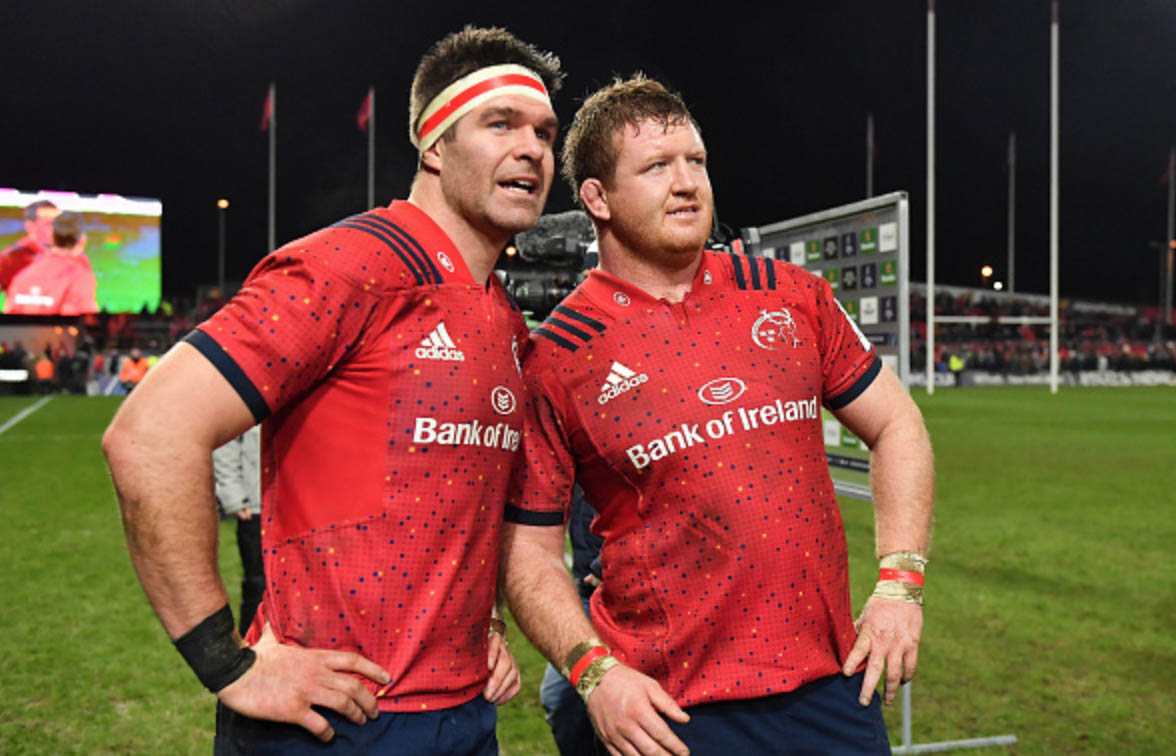 Munster and Scarlets have both made changes for their clash at Parc y Scarlets at 17 00 tomorrow.

Munster will be looking to make it eight wins on the bounce and have welcomed back a couple of key men to the starting line-up while the Welsh side have five internationals returning.

Jeremy Loughman, Rhys Marshell and John Ryan, who is back from Ireland duty, start in the front-row for the visitors.

Jean Kleyn comes back into the pack having missed last week’s game through illness and will partner captain Billy Holland in the second-row.

Making up the pack are Fineen Wycherley, Conor Oliver and Arno Botha, at six, seven and eight respectively.

The out-half pairing has been switched up once more by the Irish province with Alby Mathewson and Bill Johnston coming in at No 9 and 10.

Rory Scannell will become the youngest player to reach 100 caps for Munster, having turned 25 in December, when he lines out beside Dan Goggin in the centre.

The back-three is made up of Darren Sweetnam, Ronan O’Mahony on the wings and full-back Mike Haley, who is in fine form at the moment.

The men in red have some experienced players to call on from the bench if needed such as Stephen Archer, Tyler Bleyendaal and Jaco Taute.

? TEAM ANNOUNCEMENT | The Munster side to face Scarlets in the Guinness PRO14 tomorrow has been named.@scannell_rory12 is set to become the youngest player to reach the 100-cap landmark at the province.

Speaking ahead of the game head coach Johann Van Graan has talked about the happiness in the club with their current form but sees room for improvement.

“We’re happy, we’ve won our last seven games in a row, and we’ve won five out of our last seven away. So, we’re pretty happy with our current form, but we’ve a lot to improve on from last weekend,” he said.

On the other side, the Scarlets have been able to recall Leigh Halfpeeny, Wyn Jones, Ryan Elias, Rhys Patchell and Steff Evans from Wales duty.

Jones and Elias are joined by Werner Kruger in the front three with Josh Helps and Lewis Rawlins slotting in behind.

While Josh Macleod, Dan Davis and Uzair Cassiem make up the back-row.

Kieran Hardy and Dan Jones are at scrum-half and fly-half respectively, with Paul Asquith and captain Kieron Fonotia outside them in the centre.

The ever-impressive Johnny McNicholl and Ioan Nicholas are on the wings with Halfpenny at full-back to finish up the XV.

Patchell and Evans are among the subs as the team will hope to continue their incredible home form which has seen them lose only one match since September 2016 in front of their fans.

Scarlets head coach Wayne Pivoc spoken about his delight at his teams win against the Cheetahs last weekend but is expecting a different challenge against the current Conference A leaders.

“We all know that Munster are going to be a very different proposition. They will bring a lot aggression and line-speed in defence, which poses a different challenge. We need to be on our game and are expecting more of an arm wrestle,” he said.

Munster are one point ahead of Glasgow at the summit of Conference A and will need a special performance in Wales as the Scarlets will be looking to close the five-point gap between them in fifth and Benetton in second in Conference B.

A win for either could be vital come the end of the regular season.