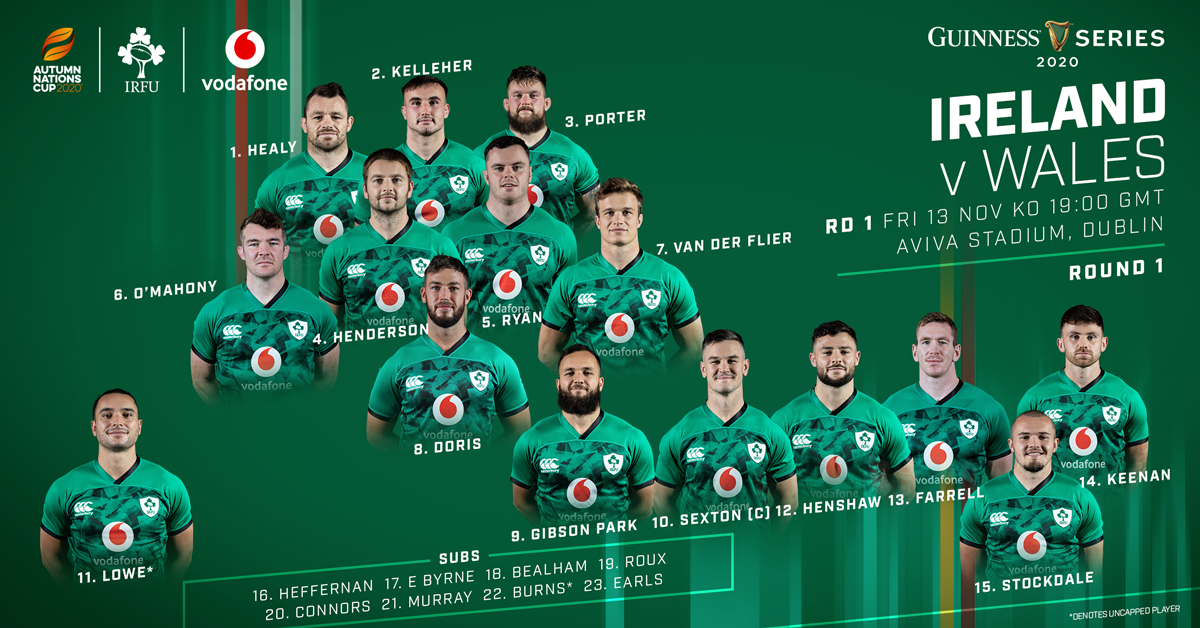 The Ireland Coaching Team have named their squad for their first Guinness Series game of the Autumn Nations Cup as they welcome Wales to the Aviva Stadium on Friday night. There are two uncapped players in the match day 23.

James Lowe will make his Ireland debut in an exciting back three that also includes Jacob Stockdale and Hugo Keenan.

Captain Johnny Sexton links up with provincial partner Jamison Gibson Park, who makes his first start after two caps off the bench, in the half-backs.

Robbie Henshaw switches to inside centre with Chris Farrell coming in at 13.

In the pack Cian Healy and Andrew Porter are joined by Ronan Kelleher at hooker.  Iain Henderson returns to the second row to partner James Ryan.

The backrow sees Caelan Doris switch to No.8 with Peter O’Mahony, winning his 70th cap, at 6 and Josh van der Flier at 7.

The uncapped Billy Burns will be aiming for his first cap as he named in the replacements alongside Conor Murray and the returning Keith Earls.

The replacement forwards are Dave Heffernan, Ed Byrne, Finlay Bealham, Quinn Roux and Will Connors
The game is being televised by RTÉ and Channel 4.

England have retained a 25-player squad for this weekend’s key Autumn Nations Cup tie against Wales.

Eddie Jones’ side will look to make it three tournament wins out of three, when they travel to Parc y Scarlets, Llanelli on Saturday (4pm KO).

Ollie Lawrence has been rested for the game with a hip issue.

Ed Byrne’s calf tightness ruled him out of playing a role at Twickenham.  He will continue his rehab this week. Ulster’s Eric O’Sullivan joins the squad to provide additional cover.

John Ryan flagged an issue during the warm-up which was treated but flared up again during the second half, he is expected to be able to train fully this week.

Johnny Sexton and Robbie Henshaw will continue their respective rehab programmes at the IRFU’s HPC this week.

Ireland will host Georgia at the Aviva Stadium on Sunday (KO 2.00pm) in their third fixture of the Autumn Nations Cup competition.  The game will be televised by both RTE and Channel 4. Embed from Getty Images 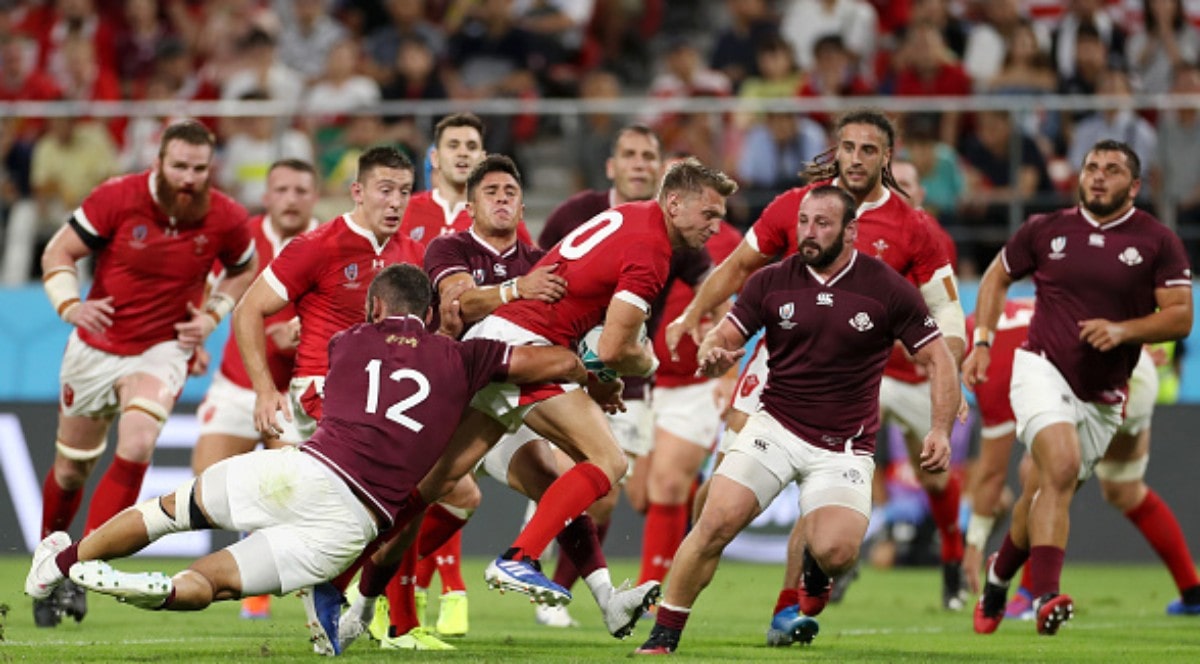