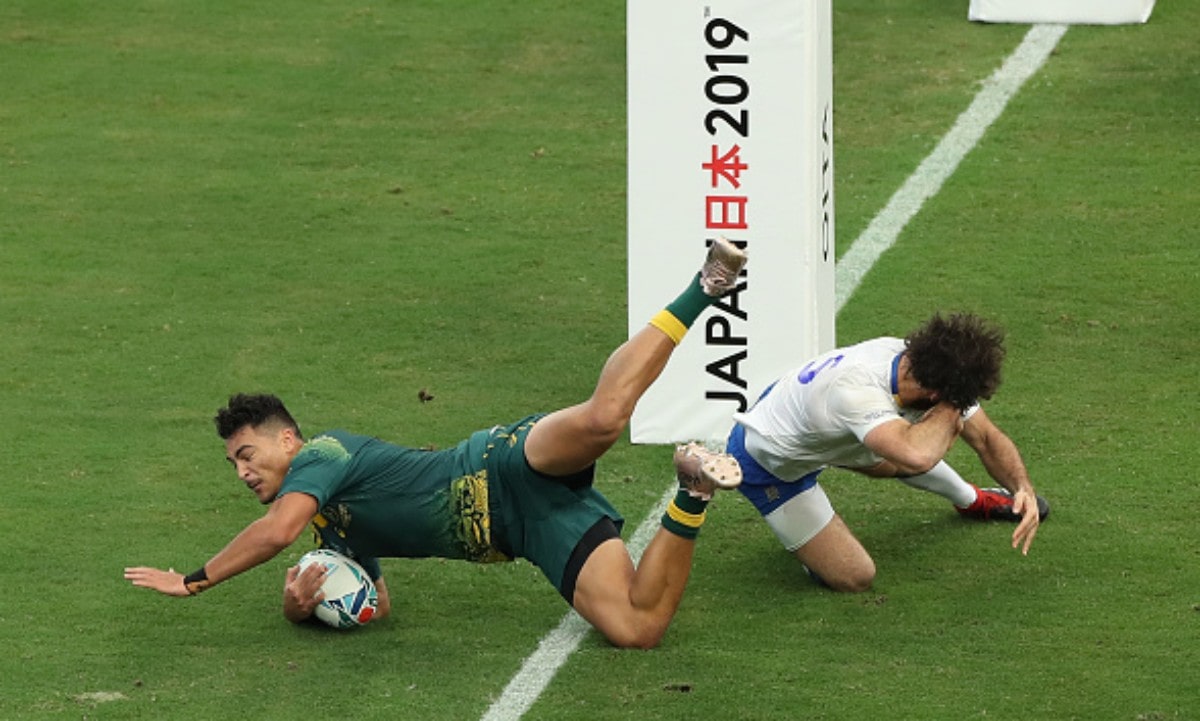 Wallabies back-liner Jordan Petaia is set to miss the remainder of the Super Rugby season due to injury the Queensland Reds have confirmed.

The 19-year-old missed Sunday’s game with the Jaguares following a shoulder injury he picked up in training when making a tackle.

The extent of the injury was unknown at that stage, but is has now been confirmed that he will have to undergo surgery on his shoulder which will leave him out of action until after the end of the current Super Rugby campaign.

It is a major set-back for Petaia who missed the most-part of last season also with a foot injury.

Big things are expected from the youngster, with both seasons set to be his breakthrough year, especially this season following the departure of star centre Samu Kerevi, meaning he looked likely to play a key role in the starting line-up.

Last year he bounced back from injury to edge his way into Michael Cheika’s Australian Rugby World Cup squad, making his debut during the tournament and going on to become a starter by the end of their campaign.

This latest injury also casts doubts over his availability for the Wallabies summer fixtures in which he was hoping to impress incoming head coach Dave Rennie.

The hope will be that he can get back into action as soon as possible, but it is a cruel blow for a player primed for big things.