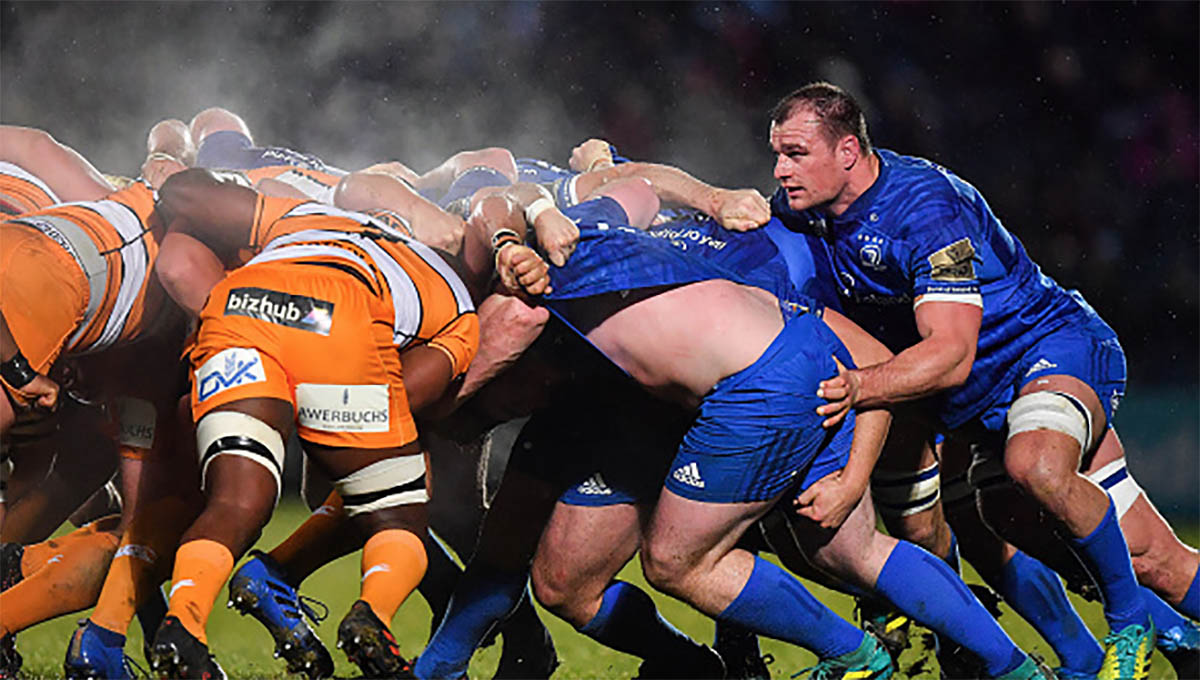 Leinster limped into the semi-finals of the Pro14 with a 19-7 win over the Cheetahs at the RDS on Friday night.

The win has put the blues 26 points ahead of second-placed Benetton meaning they can no longer be caught at the top of the table,

However, it wasn’t the most impressive win that they will ever have to seal first place in the conference.

The first talking point of the match was the sin-binning of Cheetahs prop Ox Nche, who put a late and high challenge in on Fergus McFadden which could have warranted a red on another night.

Conor O’Brien scored the opening try of the game from a flat pass from Jamison Gibson-Park, which was converted by fly-half Ross Byrne.

The hosts failed to push on following that try and were punished when Cheetahs wing Rabz Maxwane gathered a Benhard Janse van Rensburg kick to score a try. Tian Schoeman secured the extras and it was 7-7.

Adam Byrne scored Leinster’s second try through a brilliant long pass from Rory O’Loughlin and left Leinster with a 12-7 lead at half-time.

The second-half was even more uneventful than the first with the only highlight being O’Loughlin’s try for the hosts after he dinked the ball forward for himself. Byrne struck over the two points from the left for a 19-7 lead.

Leinster tried and tested to gain a bonus-point with man of the match Max Deegan and Rhys Ruddock the biggest predators but failed to add anything else, however it was enough to ensure they will be top come the end of the season.

Speaking after the game Leinster head coach Leo Cullen admitted his content at winning the game against the South African based club in the poor conditions against an ever-improving side.

“Ultimately, we won the game, in very difficult conditions to play in. Cheetahs are a team I think are getting better all the time, you saw particularly how close that game was down in Galway against Connacht and they’re not affected by any call-ups or anything. Overall, we’re pleased to get a win,” he said.

Leinster’s next game sees them head to Edinburgh in three weeks’ time where they will be hoping to extend their lead at the top of Conference B, while the Cheetahs will be in Glasgow looking to improve on their current status of sixth in the conference.