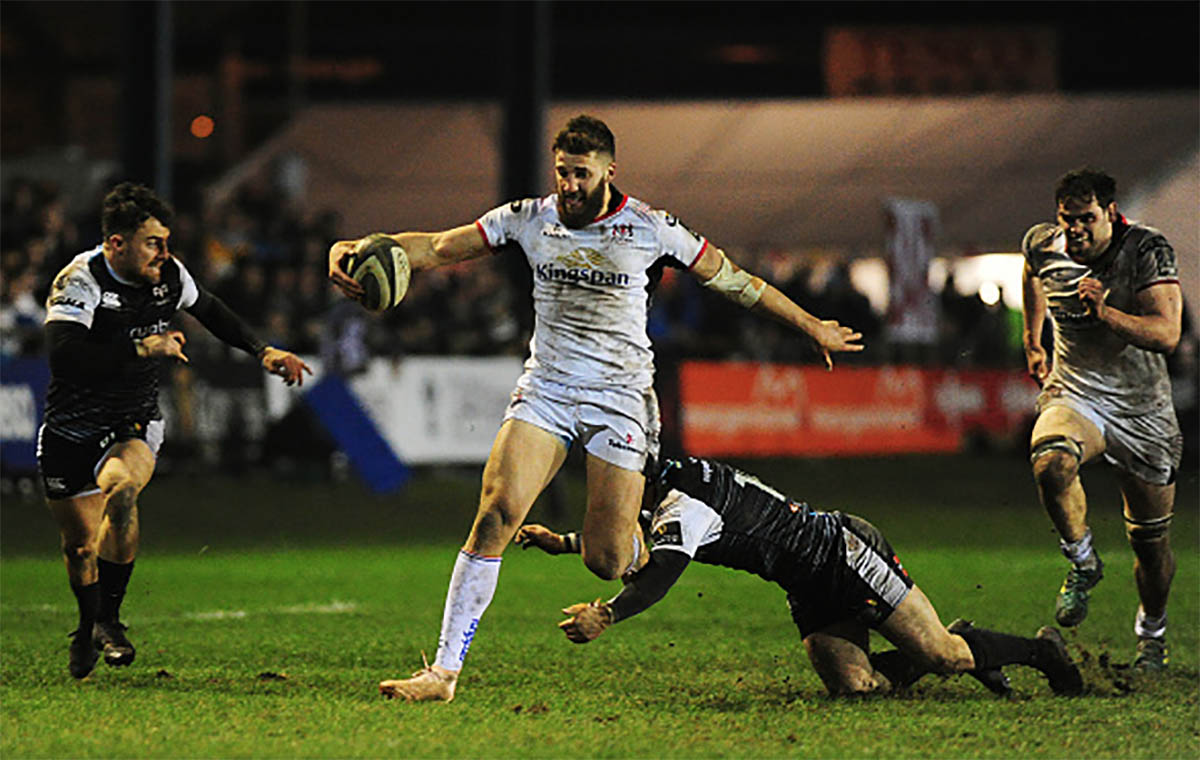 The Ulster team has been selected for Saturday’s crucial Guinness PRO14 clash against Zebre at Kingspan Stadium (7.35pm) via Ulster Rugby

Darren Cave will earn his 222nd cap to move him to second in Ulster’s all-time appearance list, overtaking Roger Wilson’s tally of 221. The 31-year-old will now have his sights on Andrew Trimble’s club record of 229.

Cave is again joined in midfield by Stuart McCloskey, who marked a milestone last week against Ospreys with a Man of the Match performance in his 100th provincial game.

There is a new half-back partnership with Dave Shanahan and Peter Nelson named at scrumhalf and flyhalf respectively. Robert Baloucoune has returned from injury and will line out on the right wing, with Rob Lyttle picked on the opposite flank and Louis Ludik moving to fullback.

The front row of Eric O’Sullivan, Rob Herring and Marty Moore is unchanged from last week’s win in Bridgend, while Kieran Treadwell comes into the second row alongside captain Alan O’Connor. Sean Reidy will start in the 7 jersey and is joined in the back row by Clive Ross and Nick Timoney.