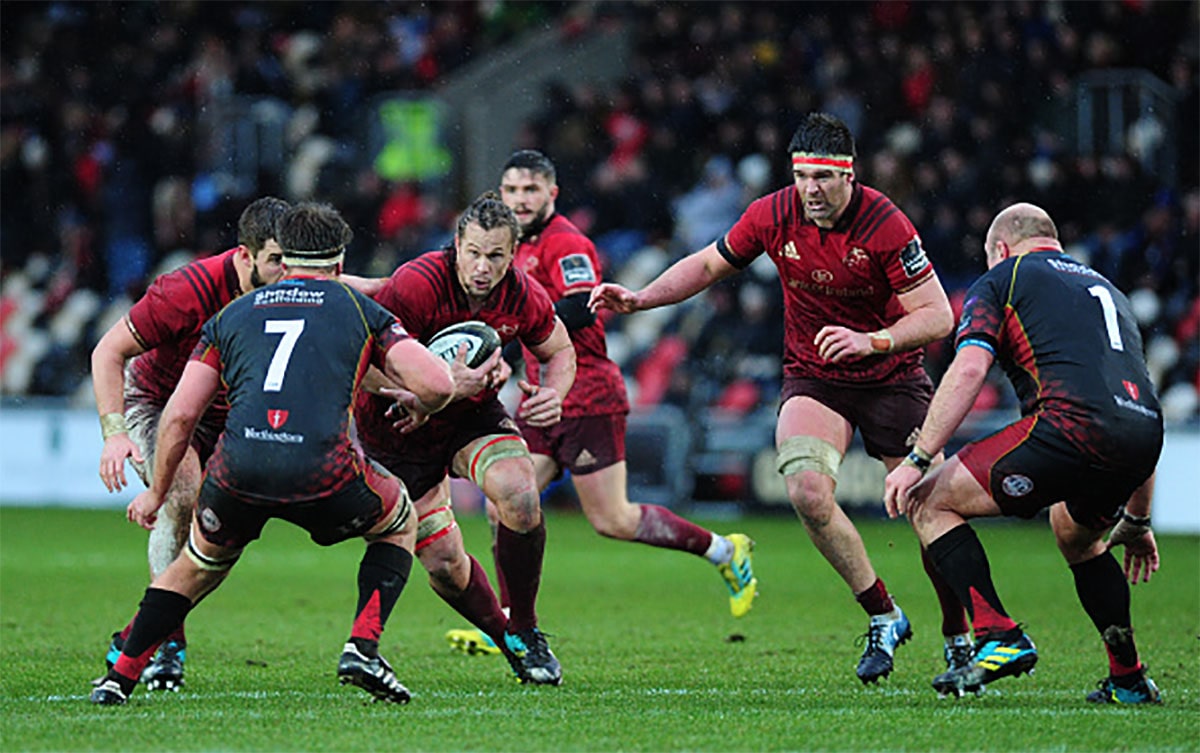 Munster came out with a narrow 8-7 win against the Dragons in a rain-soaked Rodney Park on Saturday.

Both teams were missing a large number of international players due to 6 Nations duties, with Munster making 13 changes from the team that bet Exeter 9-7 last weekend.

The inexperience of the teams coupled with the rain ensured a scrappy game throughout with Munster needing a late Jean Kleyn try to secure the win.

It's all over at Rodney Parade and we just about claim the win.

A second half try from Jean Kleyn to swing it. #DRAvMUN pic.twitter.com/WJF3TgiaY9— Munster Rugby (@Munsterrugby) January 26, 2019

The Dragons started the better of the two with early pressure resulting in a try for Lloyd Fairbrother in the 14th minute. Josh Lewis converted from the spot and handed the Welsh side a deserved 7-0 lead a quarter of an hour in.

The next score didn’t come until the half hour mark with Bill Johnston slotting home a penalty for the away side to leave the score at 7-3 in the Dragons favour come half-time.

After the break the stop, start pattern continued in the rain.

The turning point came in the 56th minute when Dragons lock Matthew Screech was handed a yellow card after pulling down a ruck, following a period of sustained Munster pressure.

Munster failed to take their chances until the 63rd minute with Jean Kleyn touching down over the line. With the score at 8-7 the conversion was missed, and Munster had to hold out.

That they did with Lewis missing a late penalty opportunity to win the game for the Dragons.

After the game, Munster head coach Johann van Graan praised his young team and pointed to their outstanding work in the line-out as they won all of their 18 throws.

“I want to make a special mention for the whole squad,” he said. “They are the future of Munster. Scrum and line-out wise I’ll take that performance any day of the week,” he added.

Captain Tyler Bleyendaal also mentioned his delight with the win and the performance of the young players around him.

“This was a young team with a lot of changes so this game was a new learning for a lot of them. I was happy with how we stuck at it and ground out a win,” he said.

The win puts Munster back at the top of conference A on 48 points, two ahead of Glasgow Warriors, who were top momentarily following their 9-3 win over Ospreys earlier in the weekend.

There is a break over the next couple of weekends for the provinces, with Munster hosting the Kings next on February 15th and will be looking to continue their run at the top.

Leinster Survive Scarlets Challenge to Hold on for Win