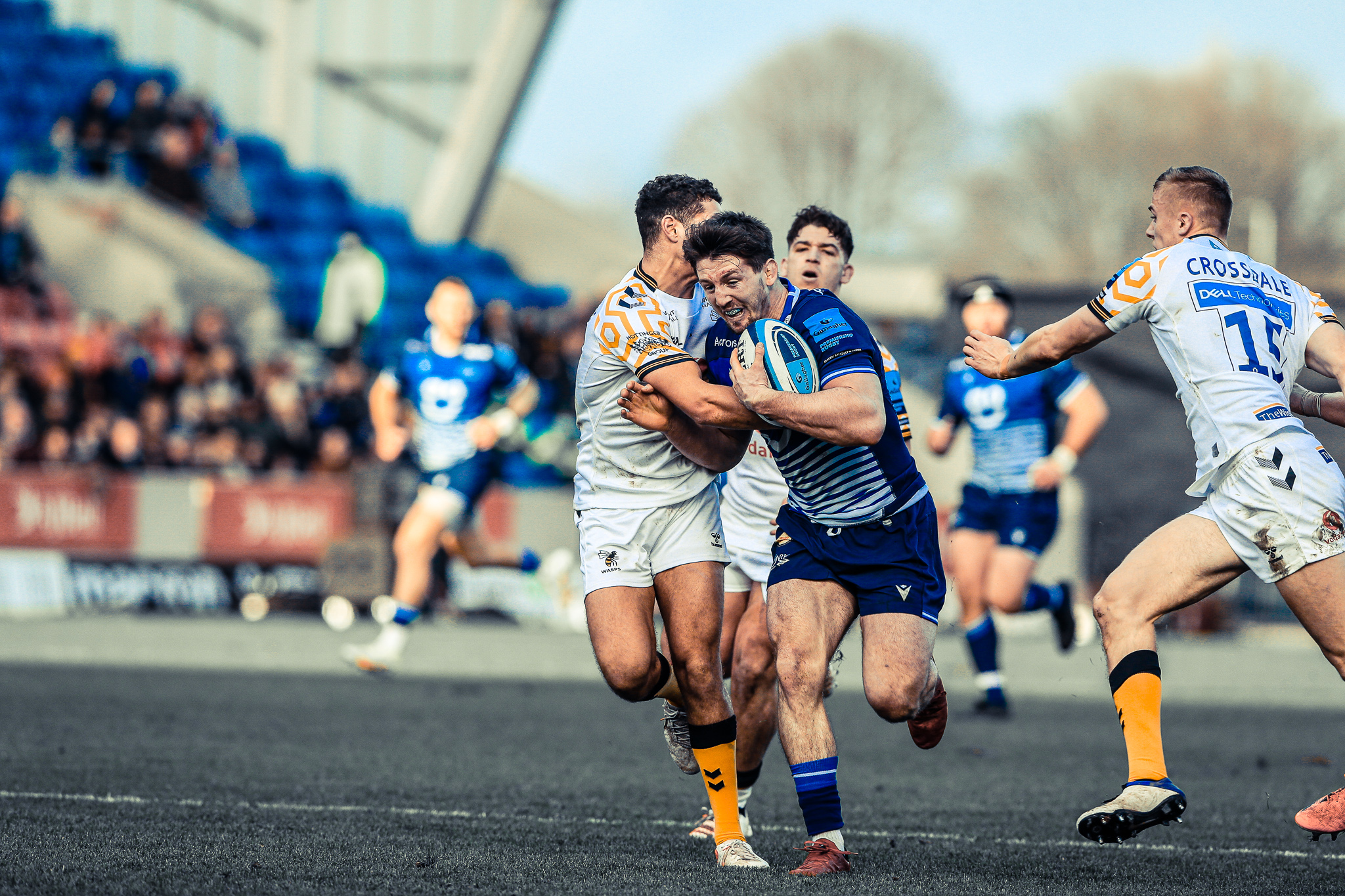 Alex Sanderson says his team are up for the challenge of facing Toulouse as the Sharks Director of Rugby makes three changes to his starting line-up for the Heineken Champions Cup round two clash at the imposing Ernest Wallon Stadium on Sunday (KO 1pm UK time, live on BT Sport).

Sam Hill and Byron McGuigan replace the injured Manu Tuilagi (concussion protocol) and Joe Carpenter (hamstring), while Ben Curry returns to the matchday squad to take his place on the replacements bench along with recent signing Ryan Mills and fit-again Ewan Ashman.

The Sharks pack is unchanged from the 39-0 win against Ulster in round one of the competition. That means Sale line up with Bevan Rodd and Nick Schonert either side of hooker Akker van der Merwe in the front row.

They’re backed up by Cobus Wiese and Jonny Hill in the second-row and Jean-Luc du Preez, Tom Curry and Dan du Preez in the back-row.

Gus Warr and captain Rob du Preez team up again at half-back, while Sam James has a new centre partner in the imposing form of Sam Hill.

Tom O’Flaherty and Arron Reed provide the gas on the wings, and Byron McGuigan replaces the injured Joe Carpenter at full-back.

Scotland hooker Ashman returns to the replacements bench after a shoulder injury and he’ll provide front-row cover along with Si McIntyre and Joe Jones.

Jono Ross and Ben Curry cover the rest of the forwards, while Joe Simpson, Tom Curtis and Ryan Mills are the backs replacements.

Speaking ahead of the game, the Sharks Director of Rugby said his team were relishing the challenge of going up against some of the world’s best.

“It’s a brilliant match-up for us and a chance to test ourselves against the best team in the Top 14, with some of the best players in the world. We want our lads to relish it and love it.

“It’s an exciting challenge. We’re ready and we’re right up for it.”

Lawes, Mitchell, Hutchinson and Augustus return for Saints as Munster head to Northampton

Six changes for the trip to Toulon

Leicester Tigers Interim Head Coach Richard Wigglesworth and Head of Physical Performance Aled Walters will depart the club at the conclusion of the 2022/23 season.

Wigglesworth joined Tigers as a player ahead of the 2020/21 season and made 43 appearances for the club, including starting in the 2021/22 Gallagher Premiership Final win, before retiring midway through the current campaign when he was appointed to the Interim Head Coach role.

Walters joined the club in the summer of 2020, during the COVID-19 suspended 2019/20 season, from the World Cup winning South African coaching team after previous roles with Munster, ACT Brumbies and Scarlets.

Speaking about Wigglesworth and Walters, Leicester Tigers Chief Executive Officer Andrea Pinchen said: “Richard and Aled have been key figures at the club in recent seasons in very different ways and, while disappointed to be saying farewell to them at season’s end, thank them for their efforts on and off the field at Leicester Tigers.”

“It has been a great privilege to have had both represent and be a part of Leicester Tigers.

“Their professionalism and leadership shone through when we were forced into changes to our coaching team halfway through a season and they took on more responsibilities, which we are grateful to both for and look forward to continuing to have as part of Leicester Tigers for the remainder of this campaign.

“In the same way that we want to see our players be as successful as possible and achieve accolades at all levels the game, we want our coaches and staff to achieve this as well. The appointment of Leicester Tigers coaches to senior international roles is not only a testament to their hard work and ability, but a great badge of honour for this club.

“We wish both of them all the best for the next chapter in their career and, as they have throughout their tenures at Tigers, know that they are fully committed to finishing their time with the club successfully.”

Leicester Tigers has identified a shortlist of replacements and is nearing the conclusion of the interview stage with candidates.

Speaking about the recruitment process, Pinchen said: “As we have stated before now, we began the process of identifying candidates for the Leicester Tigers Head Coach role at the beginning of the current campaign when we felt there was a chance Steve Borthwick would be targeted by the national side.

“That process has been ongoing for a number of months, from which we narrowed down to a shortlist and are nearing the end of the interview process with those candidates. We will be taking the time we feel necessary to get the best possible people in to lead Leicester Tigers from next season into the future.

“Leicester Tigers is not a club that is interested in having a transition period and are firmly focused on ensuring that this club has the very best coaching available to our players to deliver success on the pitch for our supporters, partners and community.”

The club will make no further comment on the process at this time.