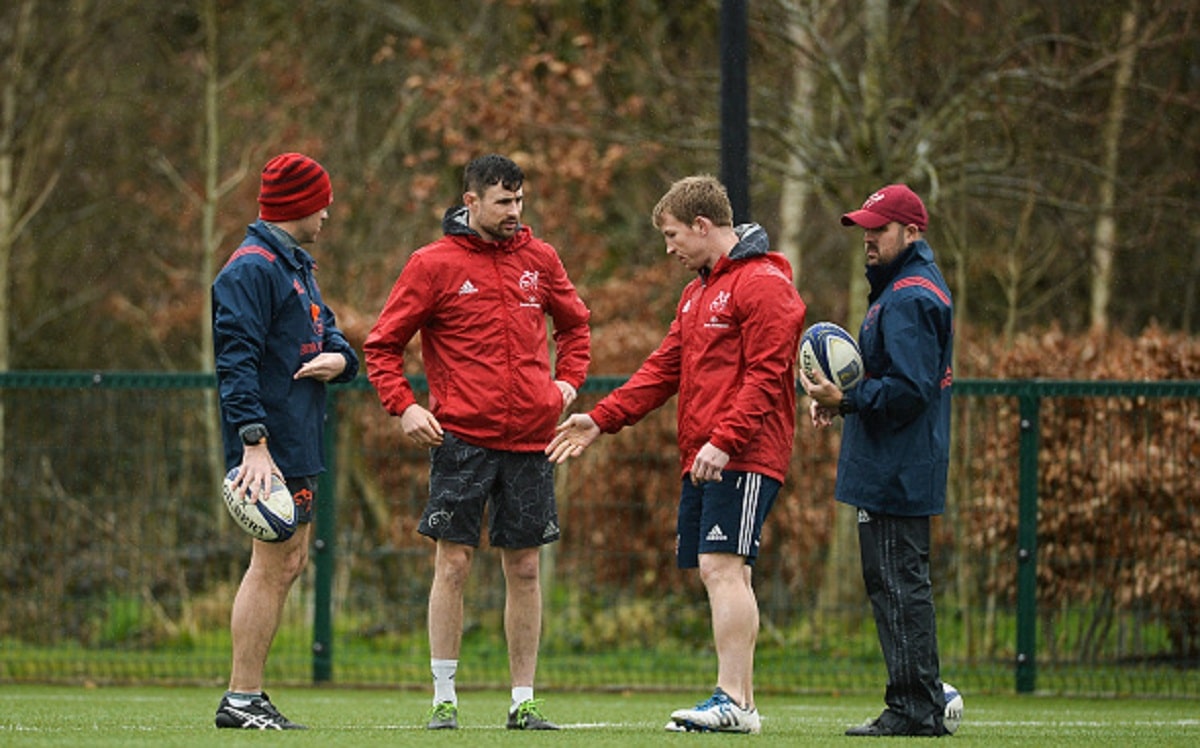 Munster and the IRFU have announced the departure of forwards coach Jerry Flannery and backline and attack coach Felix Jones at the end of the season.

The news comes as a shock to most as both have declined their respective contracts with their current ones expiring in June.

Speaking about the losses acting CEO of Munster Rugby Philip Quinn confirmed that Munster tried their best to get them to sign again.

“As Johann has noted all along, the province was committed to retaining the services of both Jerry and Felix, and I believe the Professional Game Board made every effort to retain the coaching duo with competitive terms. While we understand their respective decisions, we are hugely disappointed with the latest development, but wish them every success in the future,” he said.

“We will be very disappointed to see Jerry and Felix go at the end of the season. They are both extremely hard-working, dedicated coaches, in addition to being really good guys who have been fantastic to work with. As a coaching group we will continue with the same commitment and drive for success as always, working towards our upcoming Guinness PRO14 semi-final,” he said.

Both Flannery and Jones have played and coached at the club and the two of them noted how honoured they were to be given those opportunities.

“This has been a dream job for me, to coach Munster Rugby. I want to thank all the players, coaches and staff that I worked with over the years, and also thank the supporters who have always been there for us. Leaving the province is not a decision I took lightly, but I look forward to watching the squad go from strength to strength, and wish them continued success,” said Flannery.

Jones also commented on how they will continue to try their best until their contracts run out.

“It has been an absolute honour to have played for, and to have coached Munster Rugby. I would like to thank the players, coaches, management and fans who have supported me over the last 10 years. We will continue our drive to end the season on a high, and I look forward to being a Munster supporter in the future,” Jones said.

Munster face Leinster in the Pro 14 semi-finals in a couple of weeks’ time and both coaches will hope to add the title to their CV’s before departing the province.

Munster have already begun the search for candidates to assist van Graan and defence coach JP Ferreira for next season.

Could Smith Have Played His Last Game for the Highlanders?