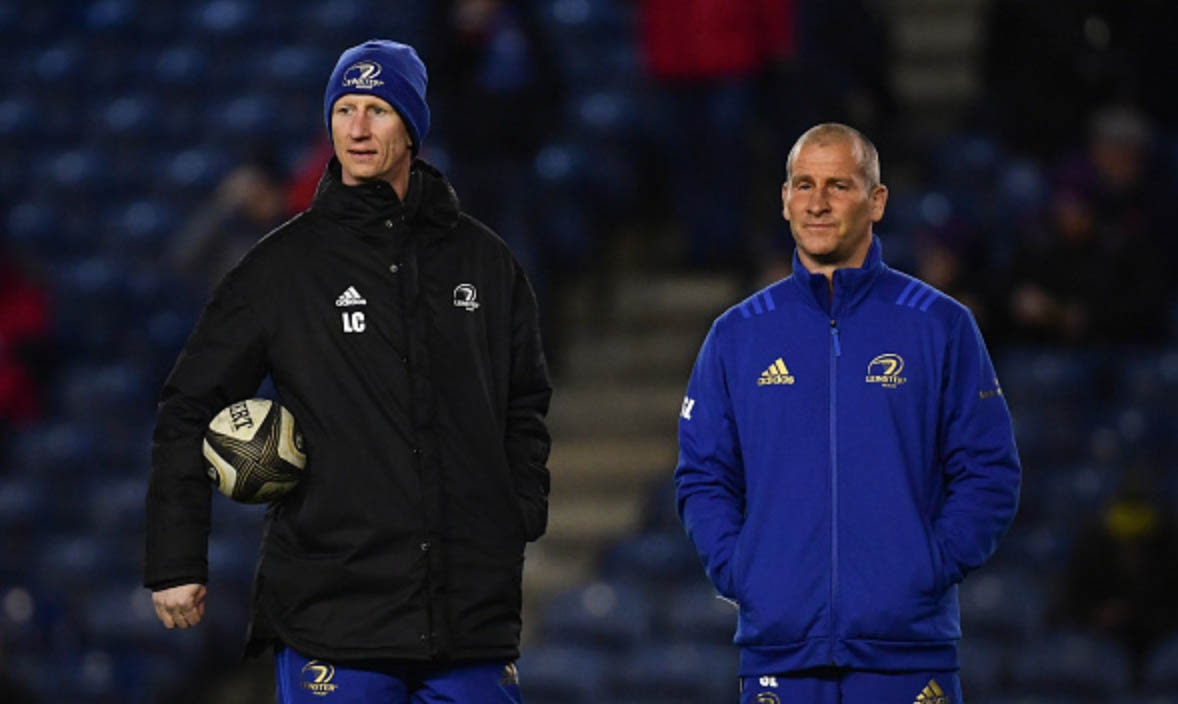 Edinburgh kept a lacklustre Leinster scoreless in the second-half to see through a 28-11 win over the reigning champions at BT Murrayfield on Friday night.

The result means that Leinster have now lost three matches in the regular season, but on the positive side a host of players got a run out for the visitors.

Leinster got off to a near perfect start with Ciaran Frawley knocking over a sixth-minute penalty, after being moved to 10 with Ross Byrne missing the game through injury.

The visitor’s night got better when Edinburgh lock Fraser McKenzie upended Noel Reid in a tackle and was sent to the sin bin.

Leinster took full advantage when Sean Cronin busted over the line from a maul off a line-out. The extras were missed by Frawley, but it left Leinster leading 8-0 after 15 minutes.

It was all Edinburgh following that, with WP Nel getting over in the 29th minute and Jaco Van der Walt hit over the conversion to leave a point in it.

Leinster were four in front when Frawley knocked over another penalty, however that was the end of Leinster’s scoring for the night as Edinburgh took over.

The away side conceded a penalty try just before half-time after collapsing a ruck leaving it at 14-11 come the interval.

Minutes into the second-half, Dan Leavy was awarded a yellow card as his side continued to concede penalties inside their own 22 with Edinburgh continuing to pressurise.

Edinburgh took full advantage of the extra man with Ross Ford touching down. Van der Walt converted from the touchline and it was a 10-point game.

The hosts claimed their bonus point in the 61st minute when Viliame Mata got in for their fourth try, Simon Hickey kicked the extras this time to make it 28-11.

That was how it ended on a disappointing night for the men in blue.
After the game Leinster head coach Leo Cullen tried to remain positive despite the poor result but acknowledged that his team gave away too many penalties.

“We had a lot of young guys come into the group. It was tough, Edinburgh played quite a smart tactical game. I thought we had some chances in the game that we didn’t quite execute on. Edinburgh put a lot of squeeze on us, we gave away quite a number of penalties for various different offences which put us under a lot of pressure,” he said.

The result brings Edinburgh right back into contention for a play-off spot, while Leinster have already topped the table and will now look towards their Champions Cup quarter-final showdown with rivals Ulster in the Aviva Stadium next weekend.

PREVIEW: Munster Welcome a Few Internationals Back for Zebre Test 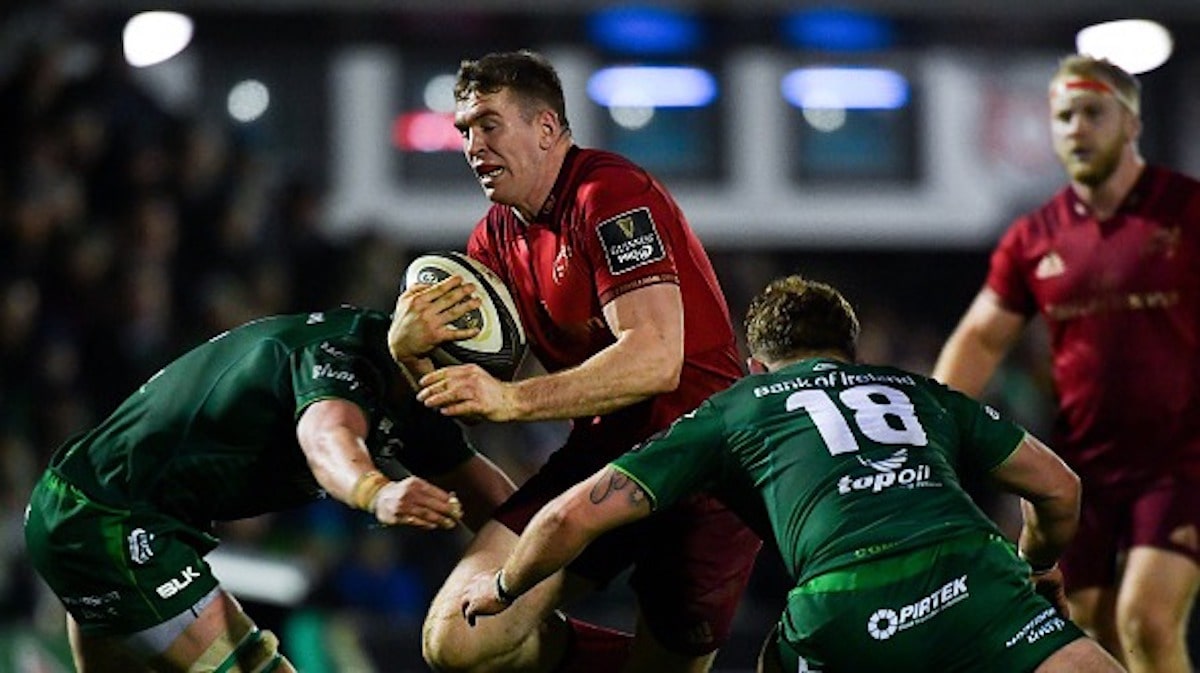 Head coach Andy Friend says that Connacht will need to play a “smart” brand of Rugby in order to earn a victory at Thomond Park in Friday evening’s GuinnessPRO14 Rainbow Cup meeting with Munster.

The Westerners were narrowly defeated by the Southern province, 20-17, in the side’s last meeting in March in a keenly contested interprovincial derby.

Despite the loss, Friend says there were plenty positives to take from the performance — which he described as smart — and he says applying those traits to Friday evening’s game will be crucial to any win.

“What we brought in that game at Thomond, more so in the game here(the December meeting of the team’s at the Sportsground), was that we defensively muscled up against them,” the Australian said.

“I thought our line out worked really well against them, in both attack and defence, and I thought we played a smart brand of Rugby, in terms of what we were doing with the ball, whether we were kicking it long or kicking for contestables. They were key areas that I felt worked for us and we have to make sure we replicate that and some on Friday night.”

Friend, meanwhile, paid tribute to Quinn Roux after the Irish international announced he will leave the province at the end of the season after seven years in Connacht green.

While the second row will be missed, the head coach wished him the best of luck for the future and thanked him for his service.

“He’s given an enormous amount to this province,” the former Australian sevens coach said.

“He leaves with our blessing and our respect. We would love to keep him, of course we would, but at the end of the day, people make decisions. It was a lengthy process we went through and a decision was made at the end.

“We have already begun the process of recruiting a new second row and we will obviously make an announcement about that in due course.”

Elsewhere, second row Gavin Thornbury says that Friday’s renewal of rivalries with Munster will provide players the opportunity to put their hands up for international selection with the Irish national team.

Ireland recently announced summer tests against the USA and Japan in Dublin and Thornbury says that competing against other players in the fold for national team squad berths will give him — and every other eligible player — the platform to showcase their abilities and further their international ambitions.

“They are always big,” the 27-year-old said of the interprovincial clash.

“Every time an interpro is played, It’s played fully and 100%, no matter who is playing. It’s another chance to put yourself in the shop window. All I can do is make sure I get myself as mentally and physically in as good a position as possible to put in a performance on Friday. I’m looking forward to that.”

Irish line out coach Paul O’Connell attended Connacht training last week and Thornbury said it was a great opportunity to show a member of the national team coaching staff their qualities close up.

“It was good to get him down and show him what we’re doing here,” he said.

“He would have always been someone I looked up to, so it was nice to meet him and introduce myself and just have a conversation with him. We had a good conversation and I was pretty happy with that. Hopefully, now I just back it up with performances and that’s probably the biggest thing.”

Thornbury, who joined the Westerners in 2017 from Leinster, was superb in the last game between the teams, a 20-17 home win for Munster in March, and he said he is keen to make a similar impression on Friday and help the team go one better and claim a win.

“Yeah, it was good,” the Dublin native said when asked how he would assess his performance in his last trip to Thomond Park.

“I think a lot of things probably came off for me that mightn’t have come off on another night. Obviously, I was fully gutted with the result. I thought we put ourselves in a position where we could have won the game and unfortunately it didn’t come through.

“Personally, some stuff came off that I was really happy with but there’s a lot to keep working on.”

It has been a busy past month for the Greencore Munster Rugby Academy.

Ian Costello was appointed to the role of Academy Manager in April and will return to the province in the summer having worked in England for the past five years with Nottingham and then Wasps. See full details here.

Ben Healy made a further two appearances for the senior side over the past month and has now featured in 16 of Munster’s 22 games so far this season.

There have been 43 senior appearances for Academy players across the Guinness PRO14, Champions Cup and Rainbow Cup in the 2020/21 campaign.

Academy trio Jack Crowley, Alex Kendellen and Conor Phillips have been training with the Ireland 7s team and have been named in their squad for this weekend’s International Rugby 7s tournament. See full details here.

We spoke to the Academy’s Lead Physiotherapist, Shane Malone (above), for the latest update.

“We all want to see the lads do well because we see on a daily basis how hard they work. They are exceptionally dedicated and just a really good group of characters.

“It’s great to see the nine guys [who are moving up to the senior squad next year] rewarded for their hard work and getting the opportunity to prove themselves at pro level.”

“It’s a great opportunity for guys to go up and prove themselves and gain a different skillset. They also have the opportunity to experience a different high performance environment.

“For our point of view, it’s been seamless because we have a very good relationship with the IRFU physios. We speak about the players that are involved on a weekly basis.”

“If you take John Hodnett’s injury as an example, the surgery on an Achilles rupture happens within a few days. Obviously with a severe injury like that you want to get as good a start as possible to get him back playing rugby as quickly and safely as possible.

“We gave John a bit of time away from the HPC to recuperate afterwards and leave everything settle down but we’re involved from day dot where we ring him at home to make sure he’s doing all the swelling management and all the acute care correctly.

“When he came back in here, it was full throttle from then on.

“It’s another opportunity for guys when they are injured to concentrate on other areas and John is developing his upper and lower body and he’s flying with that.

“He’s a young player so all that rehab and all that strength work is going to stand to him later in his career.”

Working with the sub-Academy players…

“Myself and Lorcan Kavanagh are the Academy physios. Lorcan also works with the sub-Academy/National Talent Squad group so we look after them if they pick up injuries.

“Academy staff look after how the sub-Academy players are developing from an athletic development point of view and also an injury prevention point of view as well.

“By the time lads get into the Academy, we usually have a very good idea of where they’re at and what they need to work on. It’s a real advantage for us to have that information as opposed to starting from scratch when they join the Academy, it’s really important.”

Eoghan Clarke has completed his time with the academy and linked up with Championship side Jersey Reds at the end of March.

Out-half Ben Healy leads the way with senior appearances on the Academy front this season having featured in 16 of Munster’s 22 games, scoring 77 points.

66% – The future continues to be bright with an expected highest representation of academy graduates in over eight years in the squad next season.

O’Brien and Doris back training ahead of Ulster test 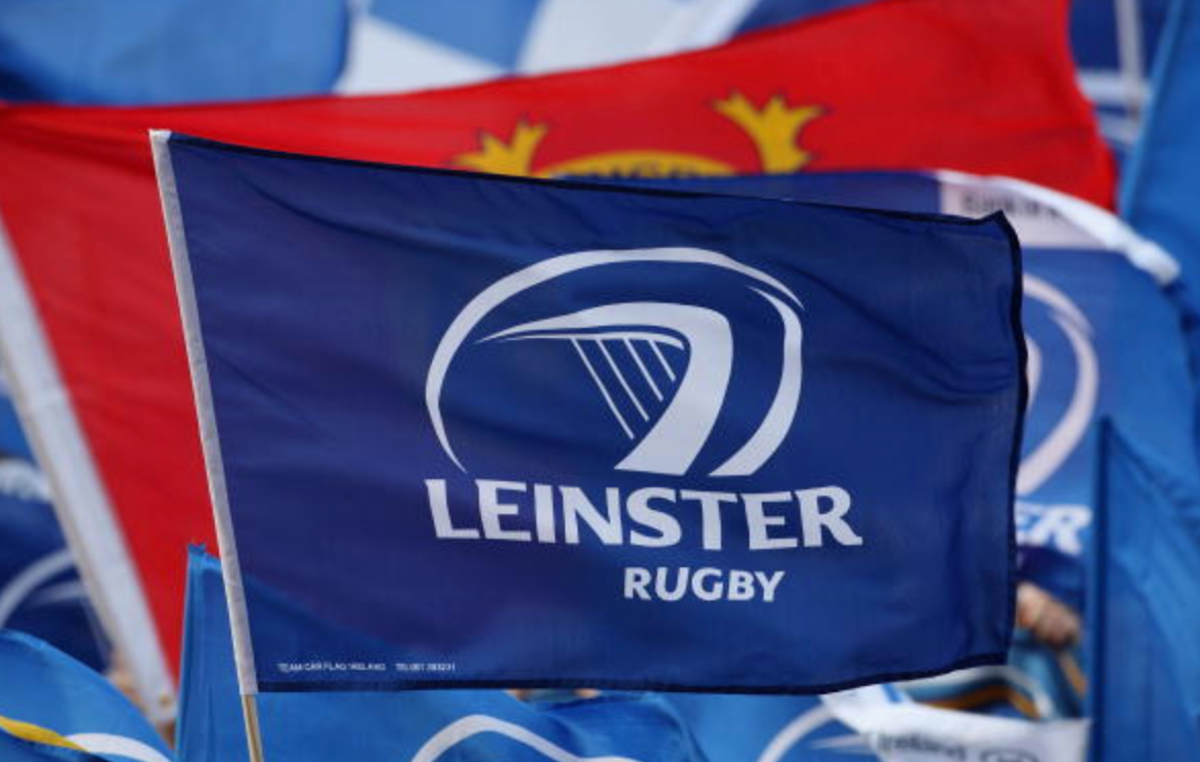 Both Jimmy O’Brien (hamstring) and Caelan Doris (calf) hope to resume full training this week after recovering from their respective injuries and, provided all goes well, both hope to be available for selection for Friday’s game.

Jamison Gibson-Park will continue to be managed this week with his hamstring injury while Jack Conan, who went off for a Head Injury Assessment against Connacht Rugby, will follow the Graduated Return to Play Protocols this week.

Unfortunately, Ciarán Frawley injured his shoulder and his hamstring against Connacht Rugby and will be unavailable for selection this week with further assessment required on his injuries.