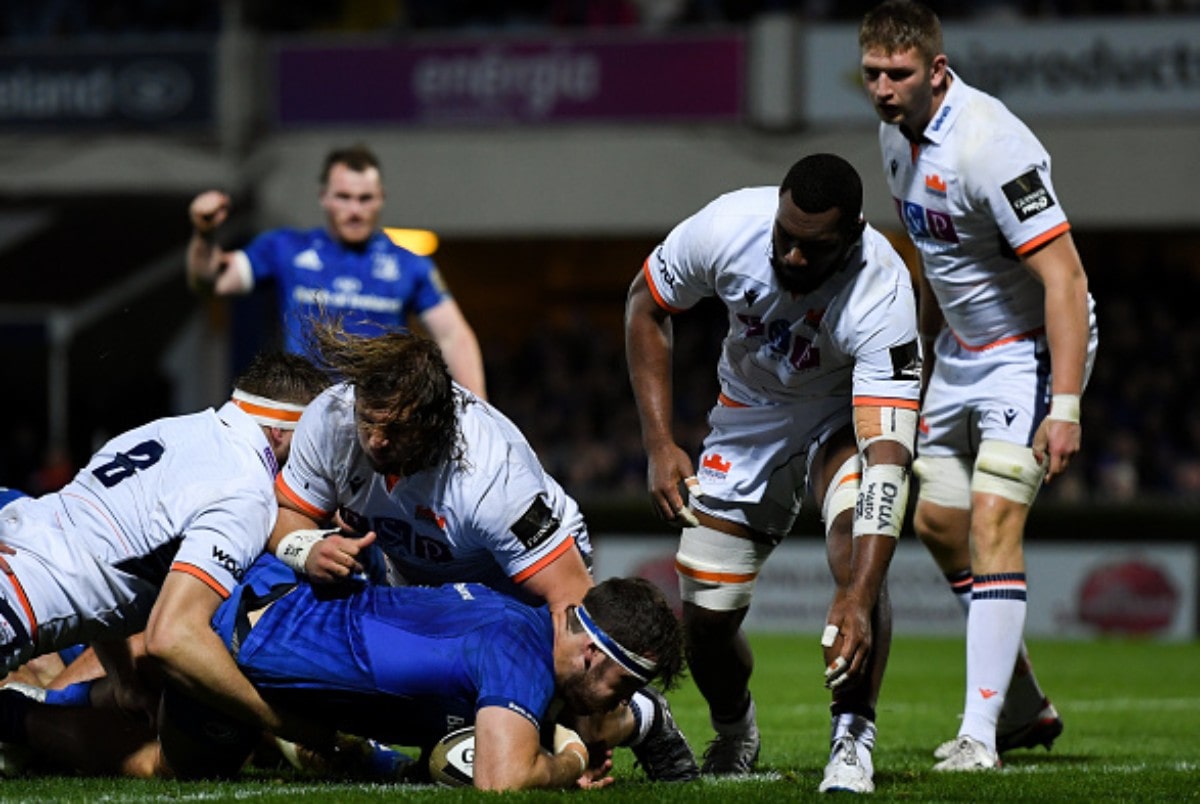 Leinster have made it three bonus-point wins from three games at the start of the PRO14 season with a 40-14 victory over Edinburgh at the RDS tonight.

Leinster had the best chances in the opening minutes, as Edinburgh struggled to get out of their own half. However, despite receiving two kickable penalties inside ten minutes Ross Byrne couldn’t find the target.

Sandwiched in between the two penalty misses was a disallowed try as the hosts failed to make their territory count, but that changed in the 16th minute. Following a lovely break down the right by Dave Kearney, he tried a pass back inside to a teammate, but the ball instead hit James Lowe in the face inches out from the line.

Gibson-Park pounced on the ball as it bounced over the try-line and after a TMO check the hosts had their first points of the game. Although Byrne was once again off colour from the tee leaving it at just 5-0.

Edinburgh came roaring back, camping inside the Leinster 22 for the next 15 minutes, winning penalty after penalty at scrum-time. Eventually the hosts had Bent sent to the sin-bin for 10 minutes and a couple of minutes on things got worse.

Following a number of scrums the Scottish side managed to get the ball out to the right-hand side where they found themselves in a two on two situation that miss as winger James Farndale dived in for the try.

If Leinster thought things couldn’t get worse they were proved wrong as centre Joe Tomane followed Bent to the sin-bin after he slid into Farndale knee-first as the winger scored reducing Leinster to 13-men. Once the TMO review had taken place Jaco van der Walt knocked over the conversion to give the visitors a 7-5 lead.

Despite their disadvantage it was Leinster that took control for the remainder of the half and just as they got back their full compliment of players Bent barged over from close-range deep into the red zone and Byrne added the extras to give the hosts a 12-7 half-time lead.

Leinster began the second-half as they ended the first and just three minutes in they were over for their third try of the game with Doris barrelling over close to the line. Byrne made no mistake with his kick to push them further in front.

Five minutes on and the hosts replicated the score with Penny the one to push over the line this time around to secure the bonus-point. Bryne smashed over the conversion from in front of the posts to make it 26-7 with less than 10 minutes gone in the second period.

The boys in blue continued to push forward and were rewarded with little under 20 minutes left as they went through a few phases in the opposition 22 before substitute Abdaladze powered over to score his sides fifth try of the night. Byrne converted once again to give them another two points.

Leinster only had to wait little over a minute for their sixth try as their replacements began to shine. Jimmy O’Brien took the ball at pace inside his own half and darted through a gap before offloading to Lowe, who in turn offloaded brilliantly to Osbourne as he raced over to score his first try for the province.

Ross Byrne was replaced by brother Harry in between the two scores but the result was the same from the tee making it 40-7 with 15 minutes to go.

The visitors hit back with just under ten minutes remaining through replacement scrum-half Charlie Shiel who sprinted over off the back of a scrum five-metres out from the line. Simon Hickey converted with what turned out to be the final score of the game as it ended 40-14 to Leinster.

Next up for the reigning back to back champions is a trip to Zebre where they will look to maintain their 100% start to the season, while Edinburgh will play host the Scarlets in round four in two weeks time.