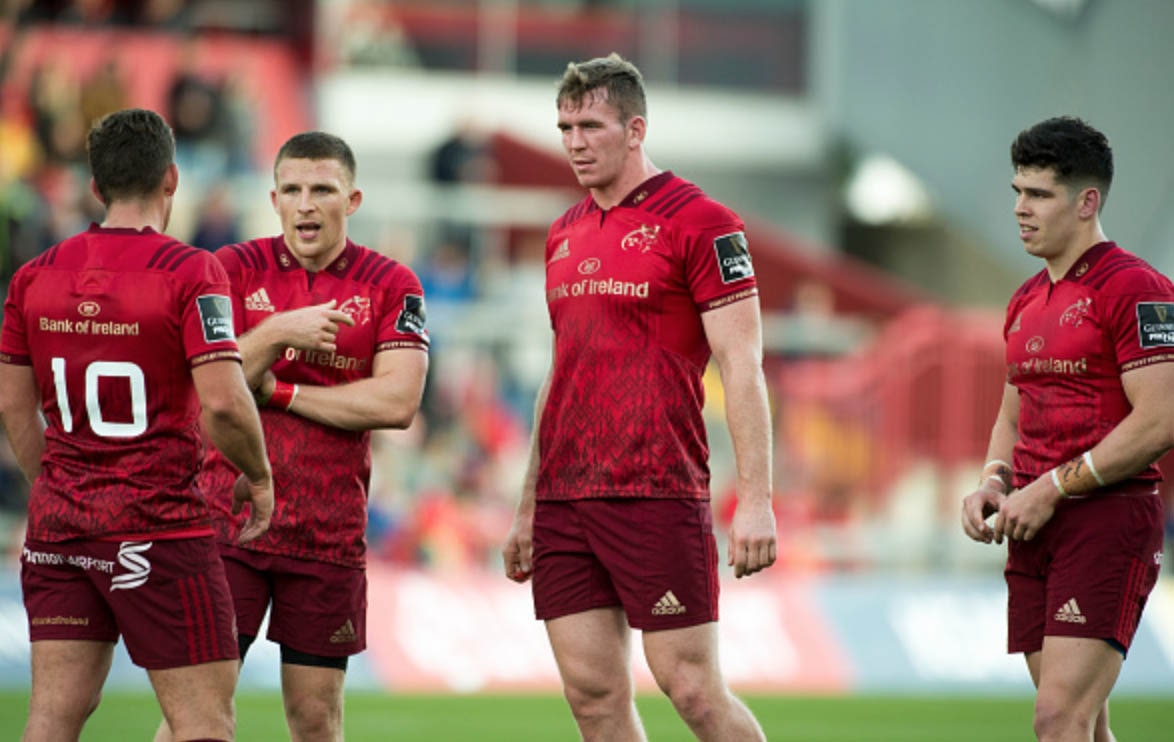 Five Ireland players are back in the Munster team that is set to face the Southern Kings at Irish Independent Park on Friday night.

The team sees a total of seven changes to the one that defeated the Dragons last time out.

Andrew Conway, Chris Farrell, Niall Scannell, John Ryan and Billy Holland are all in the starting XV after their time away on international duty.

In the front-row Jeremy Loughman is joined by the returning duo of Scannell and Ryan, while Holland partners Jean Kleyn in the second-row.

The back-row has another change as Chris Cloete has recovered from a neck injury to make his first appearance since December. He will have Fineen Wycherley and Arno Botha alongside him to make up the pack.

Neil Cronin starts at scrum-half, with captain Tyler Bleyendaal at 10.

Last weekend’s stand-in centre for Ireland, Chris Farrell comes back to the team at 13 with Rory Scannell at 12.

There is a fierce looking back three on display with Darren Sweetnam and Andrew Conway on the wings, with Mike Healey at full-back.

JJ Hanrahan is back among the subs after time out with a hip injury sustained last month and is joined by academy player Gavin Coombes.

Munster coach Felix Jones has warned his team of the threat that the Kings can pose even if they are bottom of Conference B.

“They have a huge amount of speed in their back three in particular. They are one of the highest scoring teams from turnovers, so if you kick loosely or you don’t look after the ball well enough, they can punish you,” he said.

On the other side Kings captain JC Astle is expecting a tough challenge against the Conference A leaders.

“Munster is a very clinical side and are on top of Conference A, so we are expecting a hard match with clinical, good players who know how to do their job,” he said.

In the only previous meeting of the two the Irish province ran out 39-22 winners.

Munster will be looking to continue their fine form and stay top of Conference A with another win but will have to be aware as the high scoring Kings make their first trip to the Irish province.

Related Topics:DragonsFeaturedIrelandMunsterPro14Southern Kings
Up Next