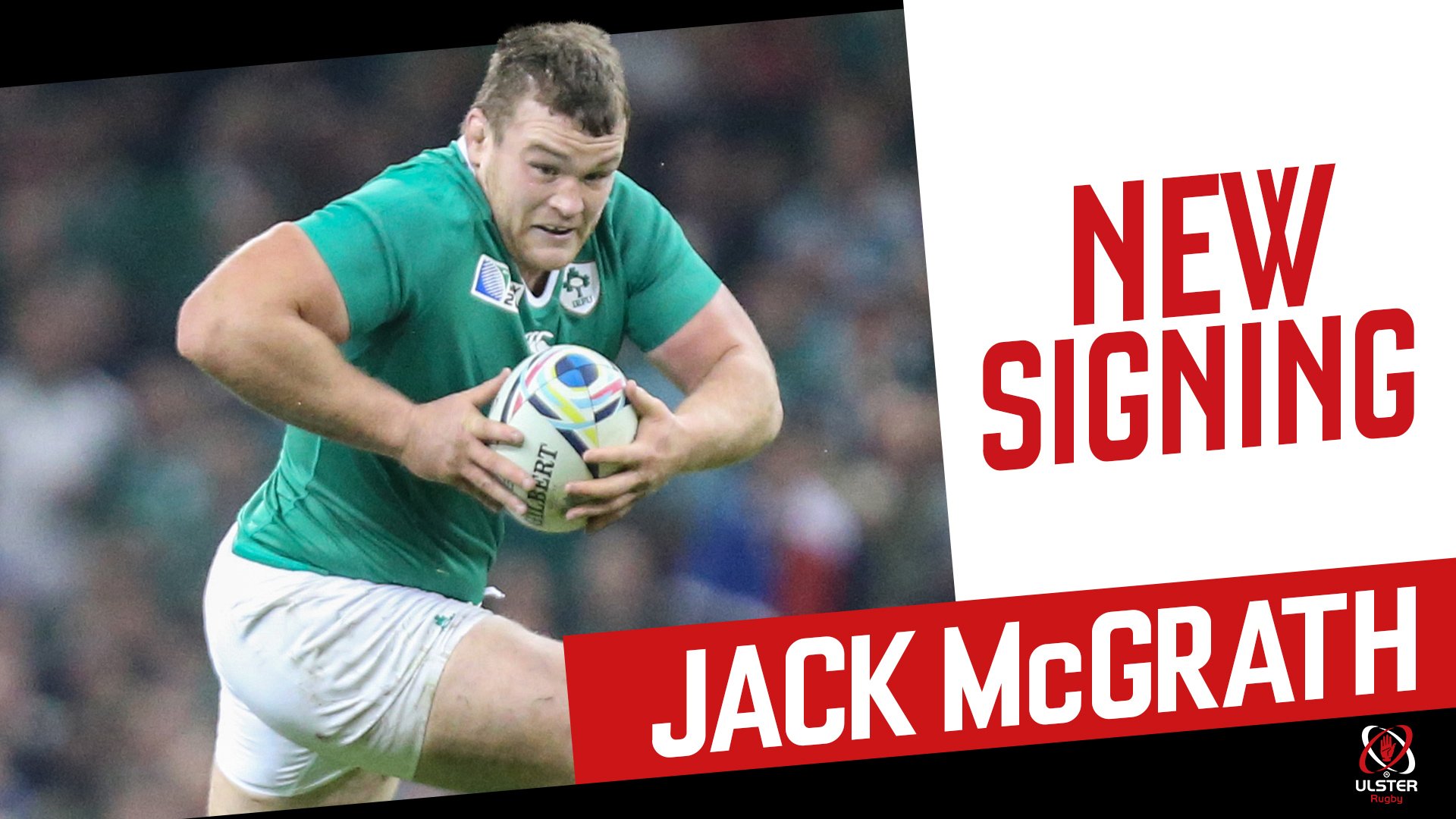 IRFU contracted international prop Jack McGrath has decided to switch to Ulster from the start of the 2019/20 season.

Commenting on his decision, Jack said:

“This was a difficult decision but one I believe will put me in the best position to continue to perform at the top end of the game. I have enjoyed a huge amount of success at Leinster, but I feel that looking beyond the World Cup to the next phase of my career, I will benefit from the opportunity within the Ulster environment.

“I am now fully fit after a disrupted start to the season and I’m looking forward to putting all my energy into helping Leinster’s drive to defend the European and PRO14 titles and finishing this season on a high.”

“We are delighted to be welcoming Jack on board next season, and it is hugely encouraging to see a player of his calibre express the desire to join us.

“Jack’s quality on the field is undoubtable, and his experience of playing at the highest level will be a hugely valuable asset to the club as we continue to develop a promising group of young forwards.”

“Jack choosing to further develop his rugby career at Ulster is both a testament to the quality of rugby programme that Dan and his team have put in place, and a statement of the positive direction in which this club is heading.

“We are building something very strong here and I’m extremely pleased that Jack wants to be part of that.”

“Jack has made a very tough decision which he believes will advance his case for selection for Ireland. You have to respect a player with such ambition.

“Leinster is a fantastic environment but it is testament to the work that all four provinces are doing that players are seeking opportunities within Ireland to advance their international careers.”

Jack was first capped for Ireland in 2013 against Samoa and has won 54 caps for Ireland to date and featured in all three Tests on the 2017 British and Irish Lions Tour of New Zealand. He is a Six Nations winner with Ireland in 2014, 2015 and 2018.

He made his debut for Leinster in 2010 against Glasgow Warriors and has made over 140 appearances for the Province, winning three Heineken European Cups, an Amlin Challenge Cup, a Guinness PRO14 title and two PRO12 titles.