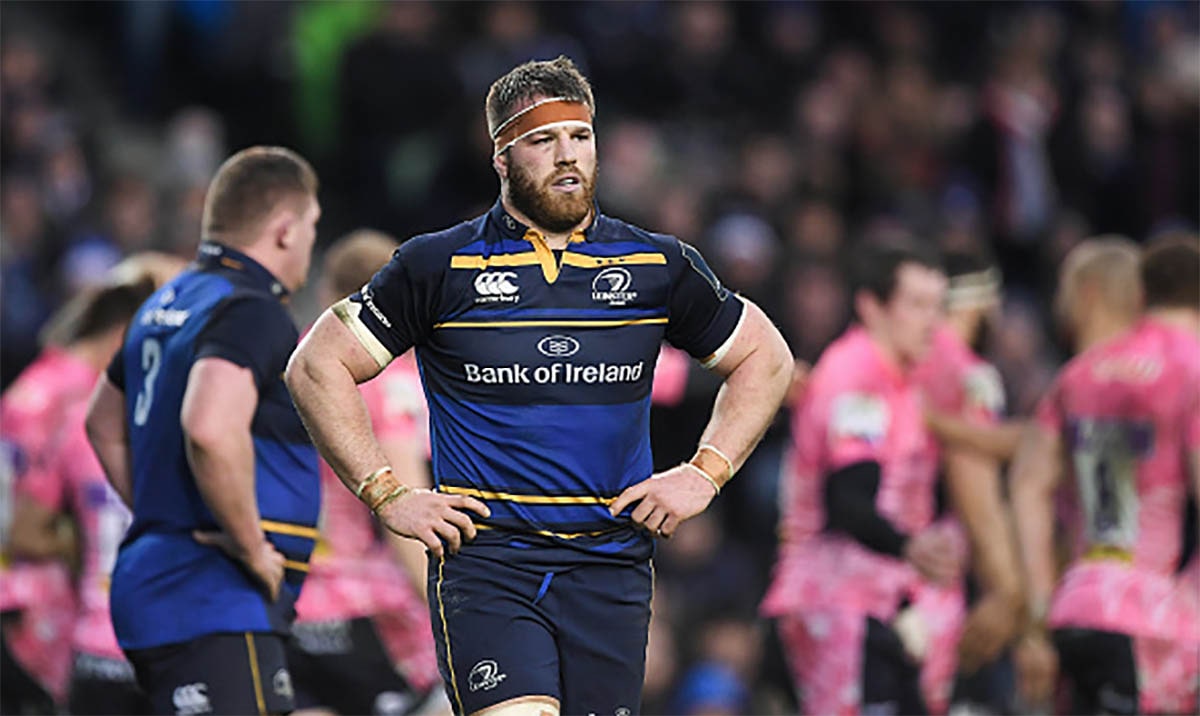 Ireland and Leinster back row Sean O’Brien is set to join London Irish after the World Cup this year.

Leinster today confirmed that the 31-year-old O’Brien will move to Declan Kidney’s side later on this year. O’Brien is currently on a central IRFU contract.

O’Brien turns 32-years-old later this month and is now entering the latter stages of his career. As a result, the union were unwilling to hand him a new long-term deal.

London Irish are believed to have made Leinster an offer of around
€ 400 000 per season which is similar to what he currently gets.

Reports stateat O’Brien’s current status will not have any impact upon his status as part of Joe Schmidt’s Ireland squad which will participate at the World Cup.

Previously O’Brien has been part of two British and Lions tours. These came in 2013 and 2017 and he started all three Tests against New Zealand during the latter trip.

“Seán has been a key driver of Leinster Rugby’s success over the last ten years and played a pivotal role in our four Heineken Cup-winning seasons.

“He has not only been a world class player on the field, but has also made an incredible impact in growing the game all over the province. He has also been a model professional and a shining example to our young and Academy players.

“As a teammate, Seán was the sort of competitor you always wanted beside you. He is the kind of player who gives you the confidence that anything is possible – nothing fazes him and he always led from the front.

“Everyone at Leinster wishes only the very best for Seánie in his future as he embarks on a new challenge. We will all miss him greatly, but his legacy here will live on as he has influenced so many of us in such a positive way.

“For now, we hope to finish this season strongly and, after his disappointment of missing out on a number of big games last season through injury, we hope Seán can play a major part in Leinster’s push for silverware in two competitions this season.”

For his part O’Brien said, “This is one of the hardest decisions that I have ever had to make. I have played all my rugby in Ireland.

“With Tullow, with Leinster and with Ireland and to move from the place I call home and that I love so much, was not easy.

“That being said, I feel that the time has come to explore other opportunities, to challenge myself at a new environment, in a new city, with a new club and against different players and teams on a weekly basis. London Irish and what they are about is a club that I feel I can grow with and also contribute to and I feel that they have a set up and an ethos that will make me feel at home.

“For me and the time I have left here in Ireland, I want to stay fit and healthy and finish out the season with a strong Six Nations with Ireland and then turn my attention to Leinster and hopefully a seat on the plane to Japan.

“Thanks to my family, friends and my girlfriend Sarah for their unbelievable support in making this decision and of course the fans for all the support I’ve received over the past 13 years. I am looking forward to representing Leinster and Ireland as best as I can over the next nine months.”

London Irish really are making waves in the transfer market!

They’ve already snapped up fellow British Lion Alan Dell and Wallabies Nick Phipps and Curtis Rona.  They’ve also secured the services of Ian Keatley until the end of the season and have been heavily linked with Paddy Jackson ahead of their predicted return to the Gallagher Premiership next season.

The outside-back will join Tigers ahead of the 2021/22 season after five seasons in Japan, including three seasons representing the Sunwolves in Super Rugby.

In 2012, Saumaki represented Tonga at Under-20s level and on the international Sevens circuit.

A prolific try-scorer, Saumaki finished his debut season in the Top League second on the competition’s try-scorers tally.

The 29-year-old made his Test debut for Tonga against the All Blacks earlier this year, before adding two more international appearances in back-to-back appearances against Samoa in New Zealand.

Speaking about the signing of Saumaki, Leicester Tigers Head Coach Steve Borthwick said: “Hosea is an exciting signing for the club.

“He is a strong, physical and fast outside-back who has shown himself to be a prolific try-scorer in his career-to-date.

“In our conversations with Hosea, we’ve been impressed by his desire to want to be a part of what we are building at Leicester Tigers and are looking forward to welcoming him to the club.”

Discussing his move to Tigers, Saumaki said: “I’ve always wanted to play rugby in the United Kingdom and to get that opportunity at Leicester Tigers is a dream.

“Tigers have a big fan base, who are really supportive of the team and the boys and for me to be a part of that is really exciting.

“I want to get the ball in hand, keep the energy up and score some tries for Leicester; that’s what I like to do, give one-hundred percent for my team mates and the club.”